The Surface Pro 8 comes with a new design and other improvements. But is that enough to become the best Windows tablet on the market again? That's exactly what I tried to find out in the test.

The Surface Pro 8 comes with a new design and other improvements. But is that enough to become the best Windows tablet on the market again? That's exactly what I tried to find out in the test.

Surface Pro 8 in the test: conclusion

The Surface Pro 8 is an excellent Windows 11 tablet with a new design, 120 Hz display, performance and functionality that are particularly impressive. Microsoft has made improvements in many areas that have been wanted for years. The new operating system fits the Surface Pro 8 and the Surface Pro Signature Keyboard with Slim Pen 2 is an accessory that you simply have to buy.

It is disappointing that the 120 Hz display does not work dynamically and thus a shorter runtime is achieved if you do not switch from 120 to 60 Hz every few minutes. It is also a shame that the full USB port and memory card slot have been removed . You actually need that for a piece of equipment.

The Surface Pro 8 is not cheap . For 1,179 euros you get the version with Core i5, 8 GB RAM and 128 GB internal memory – without keyboard and pen. Not even Apple now uses so little storage space. 256 GB should actually be standard. But for the price you still get the best Windows and Surface tablet of all time, with which you can basically do anything.

So Microsoft can do it after all. The Surface Pro 8 has adopted the revised design of the Surface Pro X. This design finally turns the new model into a beautiful and modern Windows 11 tablet. The frames around the 120 Hz screen, which now measures 13 inches diagonally, have become much narrower and ensure compact external dimensions – despite the 3: 2 aspect ratio. The new design is much more rounded, which makes the tablet comfortable to hold. It is of extremely high quality and has perfect gaps .

As usual, a kickstand is installed on the back, which can be adjusted very variably. But when I open it on the right side, a mishap always happens. I reach into the surface port for the power supply instead of the notch for the kickstand. This happens to me especially often when the keyboard is on. Microsoft could have simply moved the port a few inches higher in my opinion to prevent the problem. But over time you get used to it.

Microsoft shows all the new features of the Surface Pro 8 in the video:

SSD can be exchanged very easily

The option of replacing the SSD on the Surface Pro 8 is practical. I would have liked a second M.2 slot so that an additional SSD can be installed, but the slot for the main memory is located under the kickstand. An “M.2 2230” SSD can be installed here . Such an SSD is not as expensive as you might think at first glance. 512 GB cost between 80 and 100 euros, a 1,024 GB SSD is also available for 140 euros.

So if you buy a cheaper model of the Surface Pro 8 with less memory, you can expand it yourself. But you have to be careful, because Microsoft only uses 8 GB of RAM in the smallest versions. Unfortunately, this cannot be upgraded. Our test device is a Surface Pro 8 with an Intel Core i7, 16 GB RAM and 256 GB internal storage. In the long term, I would probably install a 1 TB SSD here. At Microsoft, the upgrade would cost me a lot of money.

The 120 Hz display is convincing

Microsoft is installing a 120 Hz display in the Surface Pro 8 for the first time – and that's really great. Anyone who has ever used a device with a 120 Hz display doesn't want anything else. Everything looks smoother and the reaction speed is significantly higher . You can tell the difference best when scrolling in the browser, leafing through photos, but also when entering data with the Slim Pen 2. The pen literally sticks to the screen.

It is a pity that the 120 Hz display in the Surface Pro 8 does not work dynamically , as we know it from modern smartphones. Then the mode would probably not have such a negative impact on the battery life. Switching between 60 and 120 Hz mode is also very laboriously hidden in the settings. Microsoft should introduce an option in the quick settings.

The brightness of the display on the Surface Pro 8 is high, so you can work without problems in any situation. Now I have used the Surface Pro 8 almost exclusively in the apartment because of the onset of winter, but I can well imagine that you can sit down in the garden in summer and work with it. I also noticed the brightness sensor positively . He works quickly and always has the attitude that suits me.

Not only has the design of the Surface Pro 8 been changed, but the keyboard and stylus have also been redesigned. You can finally transport the pen safely without worrying about losing it. It is positioned above the keyboard and disappears when you use the keyboard cover at an angle. The Slim Pen 2 works great and I like the redesigned shape. It lies comfortably in the hand and allows precise inputs.

Not every change is great

Although the Surface Pro 8 now has two USB-C ports with Thunderbolt 4 , the tablet also loses the USB-A port and you can no longer insert memory cards. It is especially these two properties that are really needed in everyday life. Be it to connect a USB stick or to insert a memory card from a camera. After all, we're talking about a work tool here. At least the 3.5 mm jack socket has remained.

As already mentioned above, an Intel Core i7 is built into our test device. Specifically, it is the i7-1185G7. In combination with the 16 GB RAM you have absolutely no performance problems . Even with high-performance tasks like editing pictures, I never got the impression that the Surface Pro 8 didn't have enough power. If you choose the Core i5, you also get a quad-core processor. So the performance should also be very high.

In the last few weeks I have done everything with the Surface Pro 8 that has otherwise been done on the desktop PC . I was out and about with several browsers at the same time and many open tabs, watched videos, listened to music and of course worked in different programs. Even simple games run on the tablet, although I only tried Age of Empires 4 for a short time. It works that way, but I still prefer to gamble on the desktop PC with RTX 3070.

With Thunderbolt 4 you could build the graphics card in an external housing and use it with the Surface Pro 8. But I couldn't try it out due to the lack of hardware. The connection makes the tablet much more flexible , so that you are no longer so artificially restricted. If you get a Surface Pro 8, you can easily replace a desktop PC with it.

The Surface Pro 8 isn't the first device I've been using with Windows 11. I already had it installed on my Lenovo laptop, so I already had extensive experience with it. I think the new operating system is good. Sure, you have to get used to it here and there and often look for a setting, but on the whole it works like any Windows.

But I couldn't find any particular advantages in the tablet surface either. The menus and settings have already been adapted for touch operation and they still are. Windows 11 works for me both with the mouse and with the finger or pen.

Battery life could be better

The 120 Hz display of the Surface Pro 8 is not only noticeable in the fluid display, but especially in the battery life. I couldn't get through a normal working day on one battery charge. I worked like I do with my laptop or desktop. So I came to just over 6.5 hours . In 60 Hz mode it was about an hour more. If you only watch videos, the runtime is around 9.5 hours with a slightly higher brightness. Overall, that's a little little.

I expect a Surface Pro 8 with an activated 120 Hz mode to run for at least 8.5 hours so that I can get through the work day without any problems if I cannot connect the tablet to the power supply.

Mon Dec 6 , 2021
At GIGA you can find out where you can watch the new episodes and films of "Detective Conan" in the stream online in German. 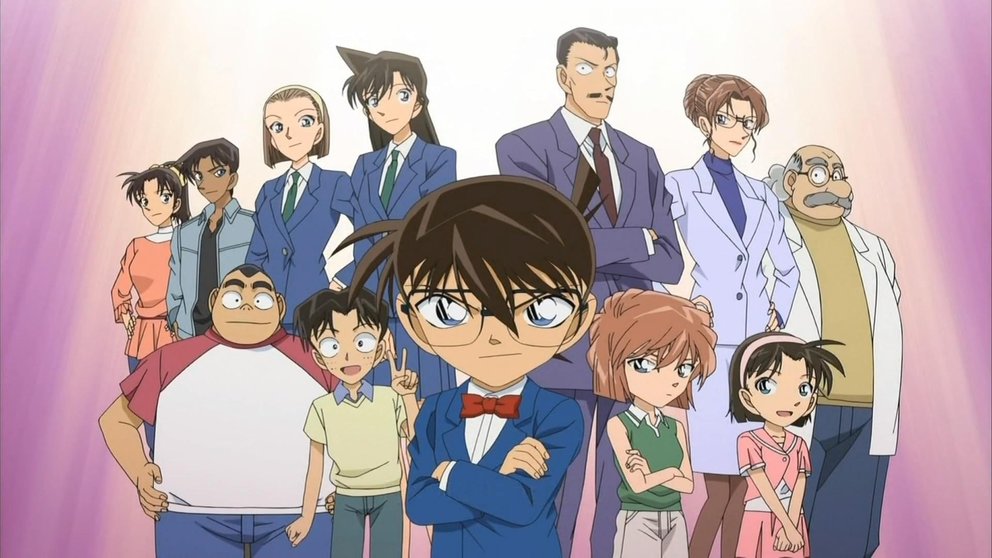