Santiago, Chile. After a month that the commercial mission that Suncast undertook in Europe lasted, the startup that applies artificial intelligence to renewable energies reports that it managed to confirm the interest of French companies, mainly, for the solutions that it currently offers in generation forecasting and predictive maintenance of solar and wind plants.

Among the main companies with which Suncast had contact during his stay, the French Engie, Total Energie, CVE, the French Center for Alternative and Atomic Energies (CEA) and the Regional Agency for Economic Development of the Occitanie Region in the southwest of France, as well as ABB’s Swedish accelerator SynerLeap, among others.

Constanza Levicán, CEO and founder of Suncast, explained that “the European market was always within Suncast’s strategy, however, we have decided to advance the expansion decisions since in this context of energy crisis that is being experienced throughout the world , and mainly in Europe, there is an urgency on the part of companies to optimize the operation of power plants, as well as to accelerate the installation of new renewable energy parks”.

Suncast detected a particular interest in the predictive maintenance service, especially in the South of France, since given the climate of this region, there is high irradiance and wind speed, and consequently, high solar photovoltaic and wind installed capacity. Therefore, in order for energy generation companies to remain competitive, they have created specific work teams to analyze the performance of generating parks.

“These expert professionals in asset and operation management require handling a large amount of data and applying algorithms at a level that monitoring systems do not currently deliver. Our customer segment is eager for the development of advanced digital services where it is no longer enough to receive the information, but also to process it, detect abnormal patterns and analyze losses”, explained Levicán.

On the other hand, Levicán explained that in the European market there are greater demands in sending forecasts, which opens an opportunity for the solar and wind energy forecasting service, which Suncast currently applies to plants that together exceed 1 gigawatt (GW ) in installed electricity generation capacity.

It should be noted that Suncast’s visit to Europe was part of the acceleration program for the Trophée Startup award, given by INRIA, the French Embassy, ​​Business France, and the French Institute of Chile, and sponsored by AirFrance, Engie and BNP Paribas, who They launched the next call for the contest on July 14, while next Wednesday, July 20 at 2:00 p.m., the informative webinar will be held for those interested in participating in this new edition, which will feature the testimony of the founder of Suncast.

Thu Jul 21 , 2022
In the image, presentation of Fitness Candy. (21-7-2022). LG and SM Entertainment have partnered to create the home fitness solutions company, Fitness Candy. Ésya will offer content lasting between 10 to 40 minutes and exercises from, among others, Core, strength training, HIIT, dance, meditation and stretching. South Korean electronics multinational […] 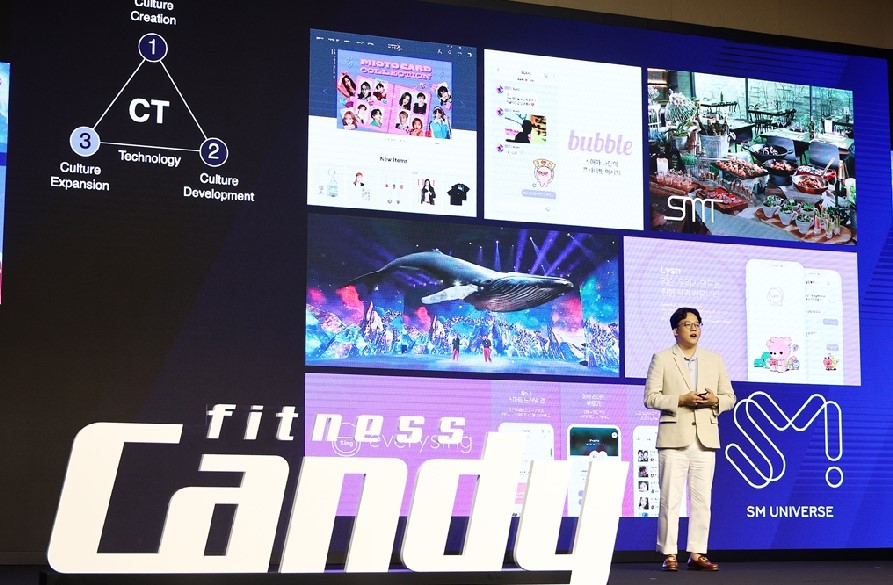