Through its subsidiary Gas de Chile, the state-owned ENAP will carry out a non-commercial program so that households in San Fernando, Chiguayante and Quintero have access to 15-kilo cylinders for $15,200.

Concepcion, Chile.- With the aim that vulnerable families in the country can access Liquefied Petroleum Gas (LPG) at more convenient prices, ENAP will launch the Gas de Chile pilot project.

This is an initiative that will run between the months of July and December 2022, and that the state company developed on behalf of the Ministry of Energy, which requested to implement it in some communes of regions V, VI and VIII, defined in the technical table of gas.

ENAP will execute this project through its subsidiary Gas de Chile, taking charge of the technical implementation, through the purchase of the cylinders that will be bottled at the San Fernando plant and distributed to the selected families.

To launch the activity, two families from Chiguayante benefited from this program were visited. In addition, a ceremony was held in the Ribera Biobío Park, which included neighbors, mayors and authorities from the area.

The Minister of Energy, Claudio Huepe, celebrated the development of this plan. “This moment is a clear demonstration of when the government, a public company and local authorities work together, important results are achieved. This is the beginning of a great project, so we hope that soon we will have these cylinders in more regions and places in Chile”, said the authority.

During his speech, the Minister of the General Secretariat of the Presidency, Giorgio Jackson valued this initiative, “as a Government we are committed to helping Chilean families who have had to make great efforts to pay their bills and particularly deal with the rise in prices of this fuel that is required to shower in the morning, feed themselves and heat their homes. That is why we are very happy to begin to respond to the commitment made by President Gabriel Boric and that arose from the municipalities, with this pilot plan”, he pointed out at the launch of the plan in the Chiguayante commune.

The pilot will allow the distribution of 6,000 15-kilo cylinders, which can be purchased by the beneficiaries for $15,200. In this way, ENAP responds to one of the greatest needs of Chileans in the winter period.

The energy seremi Daniela Espinoza highlighted the relevance for the residents of Chiguayante, as it is one of the first communes to receive this benefit. “We are very happy to launch “Gas at a Fair Price” in Chiguayante, because there will be two thousand residents of the community who will be able to access more affordable prices, we know how important this energy is for homes, that is why we will continue working to promote the welfare of families

The program will benefit 3,000 families, from a cadastre that was prepared and delivered by the Ministry of Energy, the Association of Free Municipalities and the Association of Municipalities for Gas at a Fair Price, based on the Social Registry of Homes of the Ministry of Social Development and family. The people who are part of this plan correspond to 40% of the most vulnerable households in the country.

According to the preliminary schedule, this pilot will start next week in the commune of San Fernando, with a thousand selected families. The first days of August he will continue in Chiguayante with another thousand homes, to continue in Quintero with the same number of beneficiaries.

With this project, ENAP reinforces its commitment to provide energy solutions that help people live a better life. For this reason, it was involved from the beginning in the search for alternatives aimed at lowering the costs of liquefied gas, through meetings with municipal authorities, explaining the operation of the market to parliamentarians whenever they requested it and carrying out studies to materialize the initiative.

“Since we felt the value for families of accessing liquefied gas at a more affordable price, ENAP decided to be part of the solution. We feel very proud of what we are doing through this pilot with 3,000 families. Once again, as a public company we are demonstrating our commitment to the country and its people”, stressed the president of the Board of Directors of the state company, Gloria Maldonado.

For his part, the general manager of ENAP, Julio Aranis, highlighted the resolute support of the administration and of the workers of the company to carry out the initiative, “this challenging project ratifies our conviction of being a close and available company to address the real problems of people, without losing our commitment to efficiency and the care of our heritage, since this is a company for all Chileans”, said the executive.

Mon Jul 25 , 2022
| If you’re thinking of trying out a keto diet pill, there are several things you should look for. The best pills will contain exogenous ketones and be made of natural ingredients – not chemical fillers. Be wary of false advertising and dishonest branding, as these may signal a […] 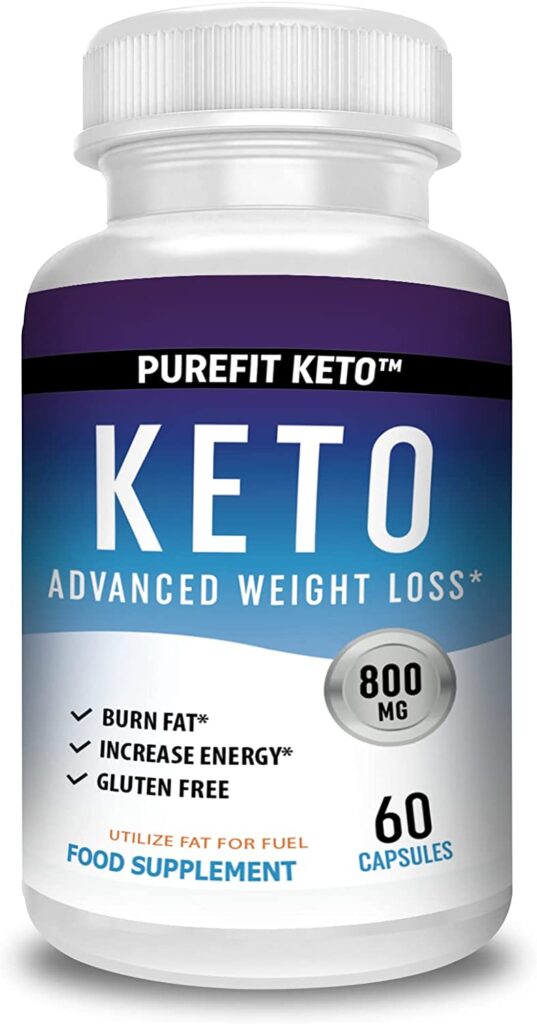