Sportmadness continues to grow in Mexico and Italy with new franchises

(5-26-2022) Sportmadness continues to grow with the opening of two new international franchises, one in Mexico and one in Italy. With them, the company already reaches 35 franchisees.

Sportmadness continues to consolidate its growth on a global scale. The Spanish sports events and campus company has opened two new franchises in Turin and Querétaro. In this way, it already accumulates 35 franchises. Three of them are in Mexico and two in Italy.

The Spanish company continues to fulfill its mission of helping entrepreneurs from around the world so that they can work together with other companies and public administrations to offer professional and innovative sports services within amateur sports.

The Querétaro franchise will be managed by Rodrigo Calderón, who will be in charge of a strategic area, since this region is located in the center-north of the country and is the sixth state with the highest population density with 2.3 million. The new Sportmadness franchisee in Mexico is already preparing to organize campuses, events and sports championships.

On the other hand, Luca Saini will be in charge of the Turin franchise in Italy. This city is the capital of the Piedmont region in northern Italy and has about 1 million inhabitants. In addition, it is one of the most important cities economically and culturally in the country.

“We are very excited and excited to continue increasing our international delegations and give new entrepreneurs the opportunity to live from the organization of sports events and schools,” says the CEO of Sportmadness, Alejandro García. The goal is to reach 60 franchises outside of Spain during 2022 in various countries in Europe and Latin America.

"What was the fault of these children?"

Thu May 26 , 2022
Duel. Pastor Daniel Myers prays in front of the funeral crosses of the victims of the massacre at Robb Elementary School. /REUTERS Massacre in a US school Traumatized by the worst child massacre of a decade in the US, the grieving Texan town of Uvalde tries to regain faith In […] 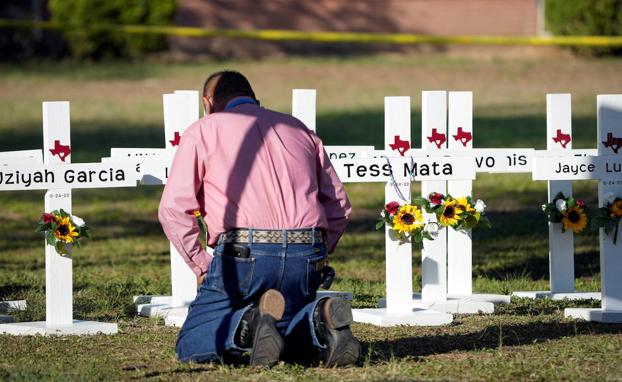