What started as a custom in Ireland has now developed into a huge spectacle called Halloween worldwide. Witches, ghosts and pumpkins are just as much a part of this festival as candy and anime evenings. We have 10 anime for you that go particularly well with Halloween.

What started as a custom in Ireland has now grown into a huge spectacle called Halloween worldwide. Witches, ghosts and pumpkins are just as much a part of this festival as candy and anime evenings – at least for real fans. We have 10 anime for you that go particularly well with Halloween.

Trick or treat! Or would you prefer a helping of anime? We can't help you with the first, but we can provide you with suggestions for films and series with which you can sweeten your Halloween or even the whole dark season.

Then let's get started!

Synopsis: Light Yagami is a high school student and is about to take the entrance exam for Japan's elite universities. One day he finds a puzzling notebook in the schoolyard – the Death Note. If he writes a name in this book, that person must die. After a test on criminals, he soon meets the book's original owner: a god of death.

From then on, Light Yagami sees a chance in the book to rid the world of evil and crime, but the number of inexplicable deaths attracts the attention of the police. The chief of police of Tokyo and a mysterious special investigator, who is only addressed with an L, are at the head of the special commission established for this purpose. The hunt begins …

Synopsis: Hard to distinguish from normal people, there are other humanoid forms of life in the world: the ghouls. In addition to superhuman physical strength, they have an additional organ called "claw" that they use in combat. They feed on human flesh and are hunted by a government organization called the CCG.

18-year-old student Ken Kaneki, an inconspicuous bookworm, also lives in this world. He spends a lot of time with his childhood friend and has a crush on a girl. The threat of the ghouls seems far away to him, until after a date his crush turns out to be ghouls and turns his life completely upside down.

Synopsis: Yuuki has been remembered all her life of a stormy winter night when she was attacked by a vampire and rescued by another. Years later, the adopted daughter of the director of the "Cross Academy" joins the Guardians. They prevent the Day Class students (humans) from finding out about the secret of the Night Class (vampires).

Synopsis: One day, 13-year-old Rachel wakes up in the basement of an abandoned building – with no memories. While she wanders through the building in a daze, she meets the mysterious Zack, who is wrapped in bandages and always carries a sickle with him. Little by little, a strange bond develops between the two and together they look for a way to escape the building.

Synopsis: A mysterious virus causes fear and horror on earth and mankind seems to be doomed. Only children under 13 appear to be immune, but they pay a heavy price to survive.

Enslaved by vampires from bygone times, they are abused as blood donors. Yuuichirou Hyakuya, however, dreams of destroying his tormentors.

Synopsis: Thanks to his father, the boy Aono Tsukune makes it to high school despite his bad grades. There, however, he is the only person among the yokai – that is, he is on the menu here and there. At school he falls in love with the vampire Moka and together with her and other girls he survives the hard everyday school life, which is different from what we are used to in normal schools.

Synopsis: Devil's Line is all about the half-vampire Anzai and the girl Tsukasa, a normal student. In their world, vampires live among humans, but most of them are unaware of their existence. The vampires in their world do not drink blood, but can become uncontrollable monsters if you make them angry …

Synopsis: The story of Soul Eater takes place in Shibusen University. Every master existing there has a partner who he can also use as a weapon. Their goal is to prevent souls from falling into the wrong hands – in the worst case, those of someone trying to create a kishin, a demon god.

Synopsis: The attacks of supernatural and undead beings are increasing. In the course of this, the monarch founded an organization to protect the English crown and the population. Over 100 years ago, Abraham Van Hellsing, who gave it his name, was one of the founders of the organization.

After Arthur Hellsing's death, Lady Ingegra Wingates Hellsing inherited not only a title of nobility but also rights as head of the Hellsing order. The order's secret weapon is the vampire Alucard, who for reasons unknown is on the side of the people.

That was 9 anime with which you can sweeten the Halloween time.

If you want even more anime, we recommend our photo gallery 9 anime that should definitely get a remake.

Mon Oct 18 , 2021
Explicitly "to all witches and wizards" is a special edition of the OnePlus smartwatch. The new Harry Potter variant has just been presented, of course with a matching Hogwarts bracelet and exclusive watch faces. 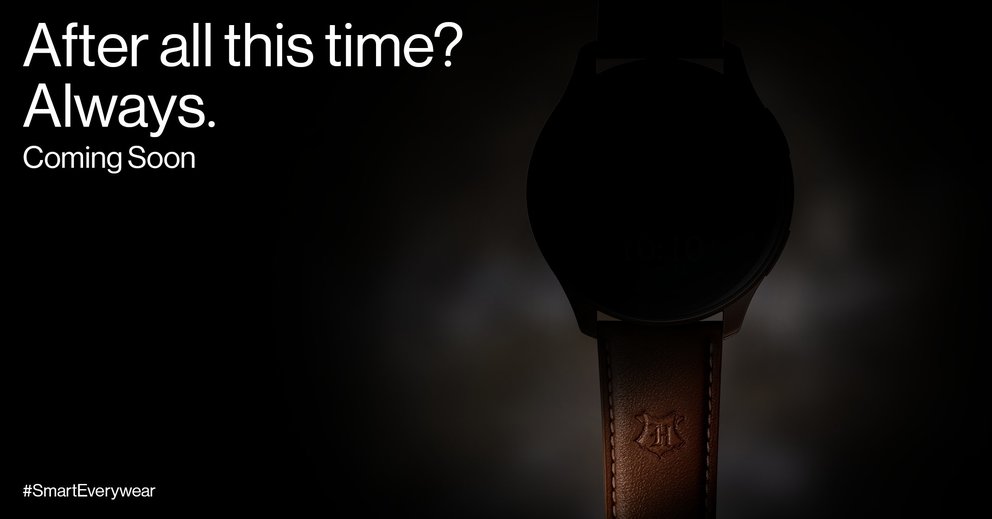