Shimano and Jan Kamenski’s vision of what Berlin’s Karl Marx boulevard area could look like in the future.

(7-13-2022). Shimano is pleased to announce the launch of a new visual project at Eurobike, called Future Cities. The project will drive the collaboration of Shimano and Jan Kamenski to re-imagine other landmarks in cities across Europe through public feedback.

Urban and leisure cycling has been a part of modern urban life around the world for decades, but only recently has there been widespread recognition of its ability to effect change. By enabling people to move more efficiently, cycling’s contribution to our environment and to people’s overall health and well-being is clear.

It will take a clear vision for people to recognize the impact that the widespread adoption of urban cycling could have, like those initially captured in Future Cities. Shimano has started to re-imagine what our cities could be like through innovative computer generated animations, and they need your help. Cities that have cleaner air, less traffic and less noise pollution ultimately look better – and are more welcoming and fit for the future.

To kick off the project, Shimano has chosen two prominent locations in Berlin and London; Karl-Marx-Allee in Berlin and Marble Arch in London.

Built between 1952 and 1960, the Karl-Marx-Allee is today a major shopping destination, almost 90 meters wide and almost 2 kilometers long. However, the road is dominated by traffic, and was therefore selected by Shimano and Jan due to its size and potential to be re-imagined in a way that still retains its inherent Berlin nature, but drastically changes its use.

In a custom animation, Jan excludes cars and road signs, while the location is transformed into a biking and hiking utopia. Trees line the road, there are wide cycle paths with a wide range of bikes in use, people walking and birds flying.

In London, the iconic space around Marble Arch off Oxford Street, situated just off Hyde Park Corner, is a very busy area for traffic. Multiple lanes of traffic dominate the famous landmark.

Following the removal of the infamous “Mound”, this high-profile tourist spot still feels ultimately transitory and does not cater to use by Londoners. Shimano shows us how this space could feel, like an extension of Hyde Park, promoting cycling mobility, well-being and enjoyment.

Recent research by the Boston Consulting Group has shown that 13% of Europeans are ready to give up cars altogether, with sustainable living being one of the main reasons for this decision.

Research from the European Cycling Federation also found that Berlin saw a rise in cycling levels of 59% and London a 119% increase as a result of the Covid-19 pandemic.

In order to take advantage of these increases and allow people to feel safe to reduce or end their use of the car, cities must offer safe and viable alternative transportation options.

Continued safe infrastructure, as found in the future vision for both places, has been shown to increase levels of cycling – with people feeling safer and more confident to take bike trips. People have become accustomed to cities, the most densely populated areas, dominated by cars and parking. With a mission to promote health and happiness through the enjoyment of the natural world – and of course – cycling, Shimano is well placed to share its vision of how different our cities could be.

Looking to start a conversation with urban mobility experts, residents, politicians, planners and other stakeholders, Shimano hopes that these innovative visions will encourage people to be more ambitious and reconsider what is possible when it comes to changing our cities and making them fit. for the people.

People from all over Europe can make their contribution of ideas and suggestions about which cities and roads should be transformed by Shimano and Jan Kamensky.

The US successfully tests a hypersonic missile after three failures

Wed Jul 13 , 2022
IFL Wednesday, 13 July 2022, 23:46 The US Air Force announced last night that it “successfully” tested a hypersonic missile off the coast of Southern California on Tuesday after three previous failures, amid growing tension over Russia’s military development and China. “This was another significant milestone for the Air Force’s […] 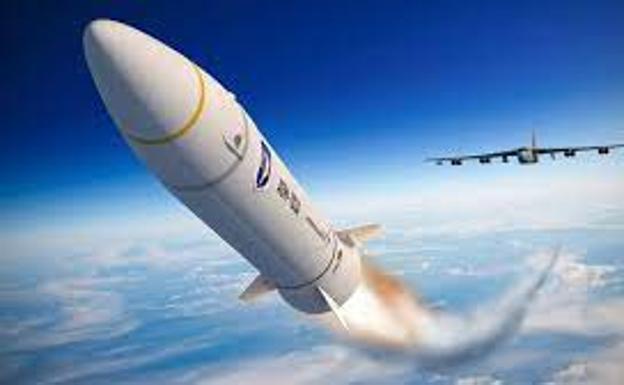