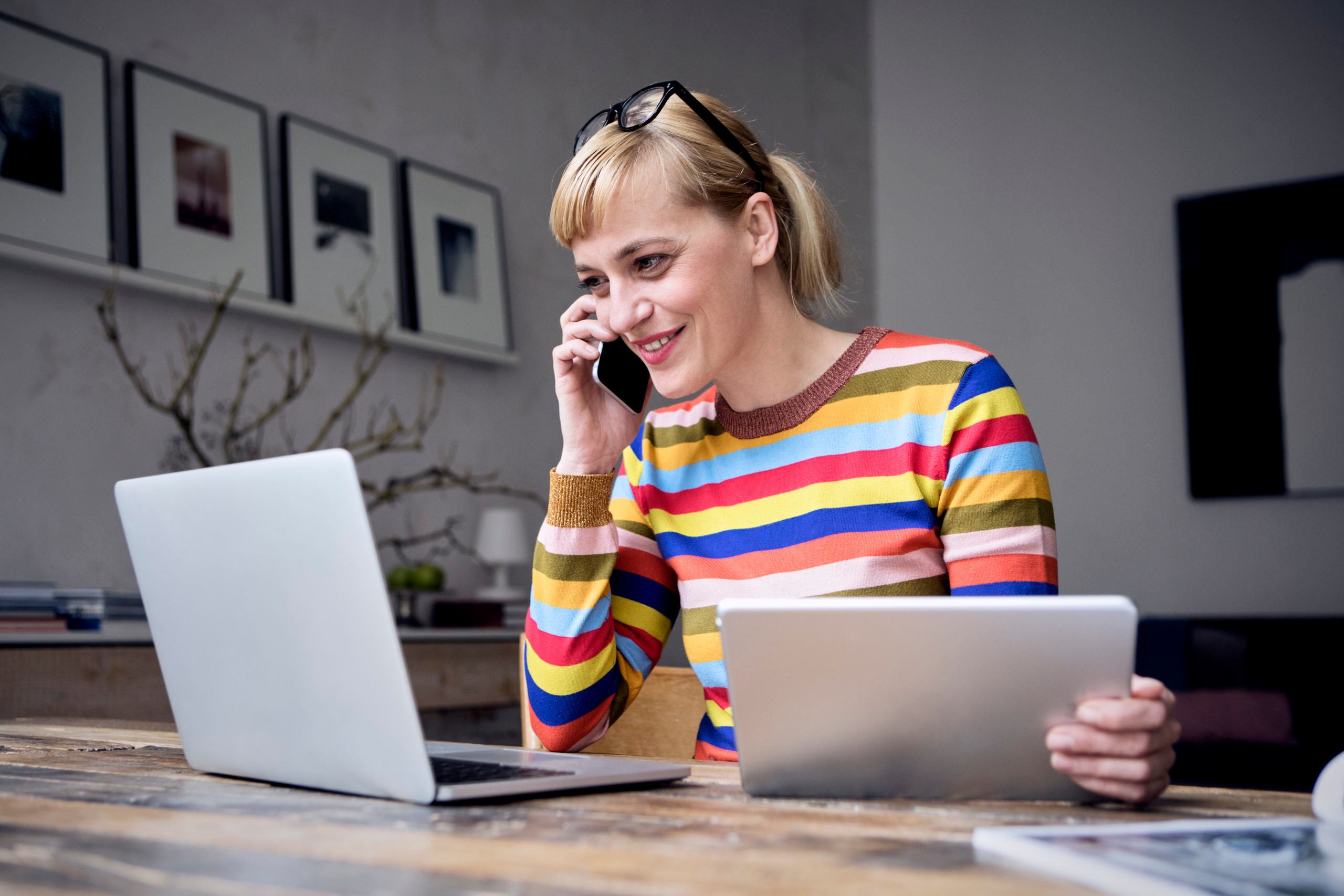 Secret part-time job in the home office? This is already a trend in the USA

Remote makes it possible: During the pandemic, tech workers found out how to secretly juggle several full-time jobs. Simultaneous meetings, external mics, and multiple laptops: some workers get creative to secretly juggle two full-time jobs. Westend61 / Gettyimages Contract work and small part-time jobs are common in many industries. Journalists often write individual articles on a fee basis for other magazines that do not compete with their own, creative people are hired on a project-by-project basis and developers are often mainly or part-time freelance. The reasons for this can be very different. But regardless of whether people are driven by more money or anger to work – the consent of the main employer should be obtained. As the Wall Street Journal (WSJ) now reports, many people did not take the last point very seriously during the pandemic. Probably also because US labor law is not as strict as it is in Germany. For example, many use the elimination of the requirement to be present in the office as an opportunity to take on not just a small part-time job, but one – or even several – other full-time jobs. Of course, without telling the employers about each other. “The Verge” also reported.

For both jobs together only 40 hours per week

Two techies even started a website. On “Overemployed” they publish tips and tricks on how employees can cope with everyday working life with their two secret full-time jobs. They justify their strategy with years of stagnating wages and the threat of dismissal. If you drive in two directions, you always have an alternative in the event of an expulsion – and otherwise two salaries. The Wall Street Journal explains what everyday work looks like in its report: Employees often work on two laptops, try to avoid endless meetings and organize their calendars in such a way that there is no overlap. But if it can’t be avoided, juggle two meetings at the same time. With the occasional big project, they have to work hard or apply for vacation for the other job. Some had 100-hour weeks with their multiple jobs, but many reported working no more than 40 hours a week for both jobs, according to the WSJ. Read too “I only do my job well enough not to get fired”

One of the employees summarized her attitude towards her two employers at the WSJ as follows: “Am I trying to be a 5-star employee? Not really. I only do my job well enough not to get fired. ”Some seem to have put in place an entire system to avoid potential conflict. For example, logging into the various meetings using two devices, for example a laptop and smartphone. Or to use external microphones that can be muted without being visible to the other participants. To use different laptops for the jobs and to identify them with a different color scheme. And when in doubt, come up with polite excuses to avoid attending meetings. Surprisingly, such cancellations usually would not cause any trouble at all. There are apparently no limits to creativity here. But not to lose your nerve is also important. Because from a legal point of view, according to the WSJ, the whole thing is a bit difficult in the USA as well. In principle, two full-time jobs are not prohibited – neither in the USA nor in Germany, as Stern writes. But it depends on the employment contract, whether you have to obtain a permit for secondary employment. Any clauses in the contract that prohibit an employee from working for a competitor would also have to be taken into account. In Germany, the working hours and federal leave laws could also cause problems, according to Stern. Read too What to do if your boss is blocking your ideas

Some of the reasons given by the employees in the WSJ for their secret dual activity sound a little self-righteous. One of the overemployed operators said, for example, that employees are just a number when the going gets tough. “They say it’s a free market. I’ll only get what I’m due. ”Others just want to be more independent. But one employer also showed understanding in an interview with the WSJ. Chris Hansen is a tech manager and noticed strange behavior in one employee over the past year. The programmer had been loaned from his old job at a finance company through an agency, did a poor job, and didn’t show up for meetings. Ultimately, Hansen found that he was still doing his old job. But he didn’t fire the man. On the one hand, because he was dependent on him; on the other hand, because he understood that the external employee was using the system in his favor. “What incentive do people have to be honest? There is simply no loyalty between employer and employee ”. Read too Install a client or use webmail, which is better