The sailing skates of the expedition members of the ‘Cadaqués nord enllà’ Crossing on the beach of Portbou. The building in the background is the Portbou Town Hall.

(1-8-2022). Fantastic day for sailing in the second stage of the ‘Cadaqués Nord enllà’ crossing, which today has covered the section from Port de la Selva to Portbou. Today’s was an ‘express’ stage although with a technical and fun stop.

The six skaters who take part in the ‘Cadaqués Nord enllà’ crossing are full after a day that they have described as “fantastic” due to the wind conditions, as well as the beauty of the coastline between Port de la Selva and Portbou, origin and destination of the second stage, and that has meant covering a distance of 8.37 nautical miles.

After leaving Platja Gran where the team from the Windiscovery nautical school allowed them to beach the skates last night and leave all the material, the expeditionaries have moved to the beach located in front of the Port de la Selva town hall to take the ‘historical photo’ of the six skates on said beach with the small fishing boats and the church in the background.

After capturing that ‘image for posterity’, the six skaters have embarked on the journey towards Portbou.

The sailing skates of the Crossing ´Cadaqués Nord enllà’ on the beach in front of the town hall of El Port de la Selva.

TRAMONTANA FROM 7 TO 12 KNOTS

The wind conditions were excellent: a north wind of about 7 to 12 knots and a sunny day, although sailing upwind meant having to overcome numerous one-meter-high waves that made it difficult.

The expedition members have passed the S’Aranella lighthouse; then the peculiar breakwater of Llançà, which according to the ‘guide’ of this journey, the skater from Sant Antoni, David Gracia, has the largest maritime mural in the world (3,100 square meters), entitled ”El Banc de Peix’ , the work of local artist, Carles Bros.

Later, and with the good wind that helped to overcome the damned waves against them, the expedition members left Cap Ras behind and regrouped in the cove of Port Joan, “idyllic space full of interesting stories”, according to the ‘guide of the crossing’ David Gracia.

However, Juan Carlos Campo ‘has passed by’ the cove of Port Joan. In addition to the idyllic setting, the ‘Master’ of the expedition missed the little swim that the rest of the expedition members took there, seeing that they had plenty of time.

The stop has also served, in any case, so that the ‘handyman’ of the expedition and skater from Sant Salvador, Andreu Pérez, did a fix for the skate of the ‘ideologue’ of this journey, Daniel Romaní. And it is that the luggage-carrying platform that it carries between the second and the third benches had come off due to the waves and the backpack where it carries all the luggage was in danger of being lost.

Andreu Pérez has shown skill with the duct tape and has provisionally resolved the mishap with Romaní’s skate and he has been able to continue the stage. 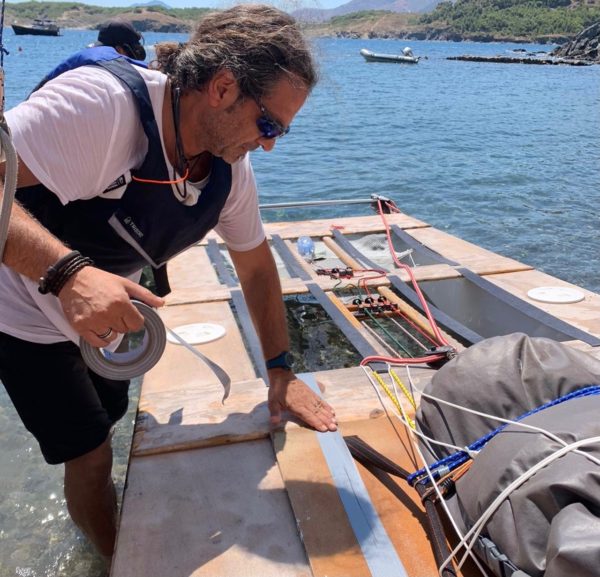 The skater from Sant Salvador, Andreu Pérez acting as a ‘handyman’ with Daniel Romaní’s sail skate, whose luggage rack has detached due to the waves.

After that, the expeditionaries have resumed the stage and have continued towards Portbou sailing upwind and coasting to be able to enjoy the views of the beautiful coastline from the sea, among which the magnificent corners of the so-called Costa del Cólera have stood out, as well as the Cala Rovellada.

THE ‘MASTER’ WAS ALREADY WAITING FOR THEM

The majority group arrived in Portbou around 2:30 p.m. They have had to be careful not to pass it, because, as David Gracia explains, “among so many mountains and cliffs, it is not difficult to pass it by”. Juan Carlos Campo had already arrived more than an hour ago.

Once in Portbou, the ‘handyman’ Andreu Pérez got serious with Daniel Romaní’s skate platform. In this case, the skater from Sant Salvador has used more ‘sophisticated’ tools and everything seems to indicate that the platform has already been well secured.

Gradually, each of the expeditionaries acquires a specific role within the group. Thus, along with the ‘ideologue’ of the journey, the journalist and writer, Daniel Romaní, other profiles have been appearing such as that of the aforementioned ‘handyman’ held by Andreu Pérez; the ‘advance guide’ of the crossing, held by the skater from Sant Antoni, David Gracia; the experience of the group’s ‘Master’, veteran Juan Carlos Campo; or the ‘data chief’, the pleasure boat captain, David Pérez, who accumulates all the data of the journey with his mobile applications, his go-pro and even anemometer. It was this skater from the Club Nautic Sitges who highlighted that today there have been times when they have reached speed points sailing at 11.4 knots and that the average speed has been 4.2 knots.

Tonight the expedition members will sleep at the Comodoro de Portbou hotel, 50 meters from the beach. 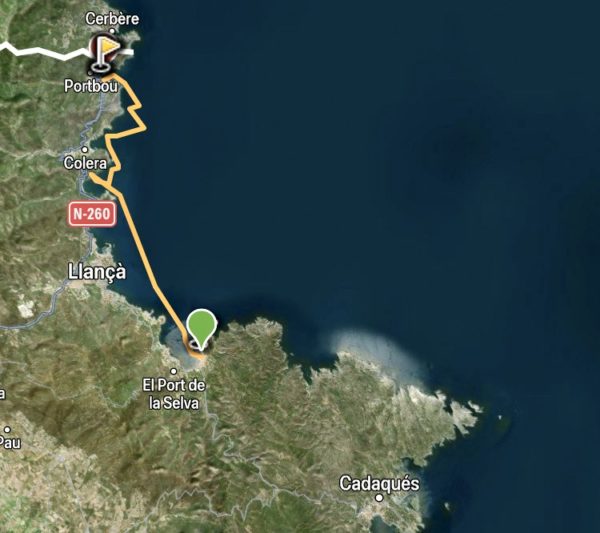 Trajectory followed today by the expedition members during the second stage of this journey.

Tomorrow the skaters will leave Catalonia behind and enter France by sea. It will be the third stage of this journey whose final destination is the Grande Motta beach.

The departure will be from Portbou beach and the destination will be the French town of Le Bacarès.

Tue Aug 2 , 2022
QR Asset, digital asset manager of the QR Capital group, announces this Tuesday (2) a new retail fund that invests 100% in actively managed crypto assets, but leaves aside the single manager and bets on governance that combines algorithm with a committee of in-house experts to balance the portfolio monthly. […] 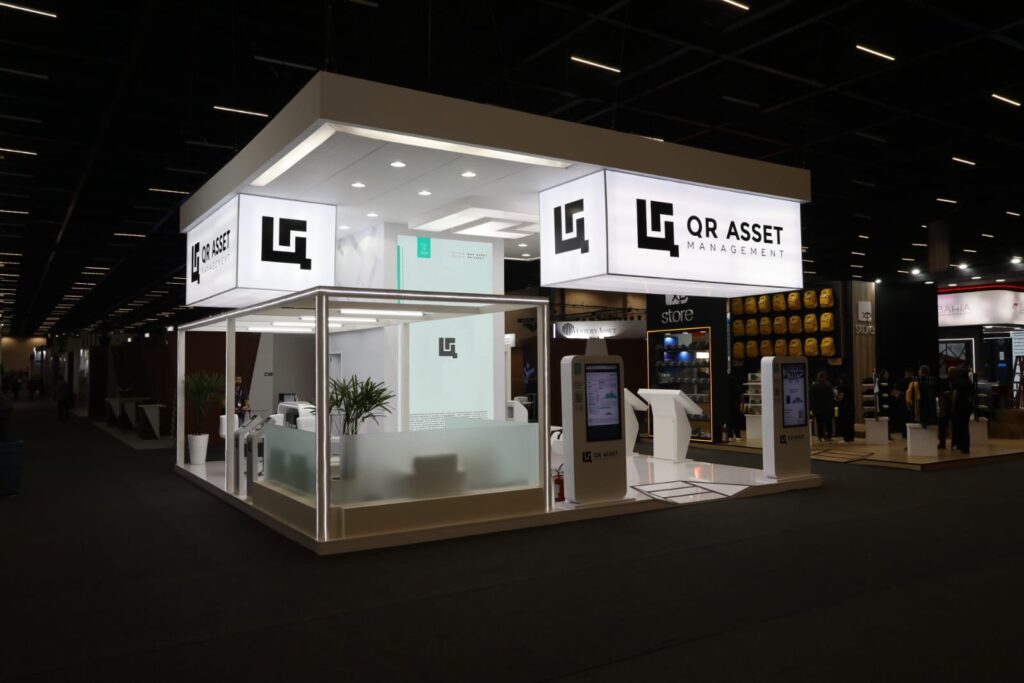