Pro-abortion protesters take on those against. / Reuters

It is the story of one in four women, but for all of them it becomes a taboo. That dark secret that is only shared quietly with close friends who, preferably, have been through it. “We are where we are because we don’t talk about it. The Christian right has done a great job in recent decades stigmatizing abortion, “acknowledges Blair Wallace, reproductive health strategist in the department of Sexuality and Gender Equality of the American Civil Liberties Union (ACLU) of Texas.

Last Friday was a day as dark as those secrets that he would like to remove from the hearts of all women who have had abortions. Take the guilt out of their guts, as they did with those suffocating cells that threatened to take the power of their lives in an unwanted metamorphosis. ‘Say the word’, says the slogan launched by Planned Parenthood, the largest family planning organization in the United States.

Enough of euphemistic paraphrases to talk about “women’s reproductive rights.” Joe Biden, the first Catholic president since John F. Kennedy, went to such lengths to avoid the word that there is even a website dedicated to keeping track of him (www.didbidensayabortionyet.org). How then is it not going to drown out the voice on the phone of any woman who has to make an appointment for it? The most puritanical society wants me to just say it in a whisper, with a feeling of guilt, atoning for her sorrows, forever hiding the dishonor in the depths of her soul. Wallace wants them to tell it to the four winds, to shout it until they stop freaking out and exorcise those ghosts. Only then will they obtain salvation.

“Say it for a week straight. And then for a month. And later, a year », she instructs her activist sisters in a workshop given within the framework of the Arena summit, the organization born after the victory of Donald Trump in 2016 to train activists throughout the country. She has to tell what she has been keeping to herself for years, to personalize it and awaken the empathy that is denied to others.

The reality is that “everyone loves someone who has had an abortion.” And when the stories begin to surface, they will notice. A kind of #MeToo that turns abortion into something good to be thankful for. Without him, “I wouldn’t be here today,” says Cecile Richards, the country’s leading activist and mother of three, who, like the more than 300,000 women who seek abortions each year through Planned Parenthood, says during an interview at Arena Summit, she decided for herself when it was time to have them.

She has just arrived from Dallas, where she has been interviewed by the pastor of a church that helps Texas women travel out of state to terminate their pregnancies. The man has told his own story of abortion on the air, because just as today men also “get pregnant”, abortion is a matter of two. Or it should be. A cultural change is needed that society has overlooked, because the right to abortion was taken for granted in the US, there was no need to fight it.

“Tough times lie ahead,” Richards just told hundreds of women and men who have flocked to Austin to prepare. The battle to restore the right to abortion may last decades, given that Supreme Court positions are for life, but it begins with a personal story. For dismantling the discourse of the Christian right, which has been able to frame itself as “pro-life”, when no woman who has an abortion ever speaks out against life.

That effective movement has also defined activists as ‘pro choice’, despite the fact that many women consider that they have no choice. “Choosing is choosing one cereal or another for breakfast,” Wallace instructs them. “Aborting is a decision that every woman makes.”

That is what they will refer to from now on, the right to make their own decisions. The abortion movement will be just that, a pro-abortion movement, without guilt or shame. Many elections will have to be won to ensure that there are enough pro-abortion politicians who in turn elect like-minded judges, whenever lifetime Supreme Court positions become vacant. There is no time to waste, you cannot wait for the time to come. “When is the best time to plant a tree? Twenty years ago or twenty years ahead? The best time is now,” says Wallas emphatically.

The French Government wants to inscribe the right to abortion in the Constitution to guarantee the right to voluntary interruption of pregnancy. The Republic on the Move, the party of the president, Emmanuel Macron, will present a draft constitutional law in order to “protect the right to abortion” in France. This was announced this Sunday by Aurore Bergé, head of the government party in the National Assembly.

The Prime Minister, Élisabeth Borne, confirmed through Twitter that the Executive will “strongly” support this bill. “For all women, for human rights, we must engrave this heritage in marble,” said Borne, the second woman in French history to hold this position.

Macron lamented on Friday the decision of the United States Supreme Court to repeal the right to abortion at the federal level, which will now depend on each of the 50 states that make up that country. “Abortion is a fundamental right for all women. It has to be protected, ”said the French president.

In France, abortion has been decriminalized since 1975 with the so-called Veil law, which precisely bears the name of its promoter Simone Veil, who was Minister of Health, president of the European Parliament and survivor of the Holocaust. In accordance with current legislation, an abortion can be performed up to fourteen weeks of pregnancy.

Mon Jun 27 , 2022
The IGOID Group has presented the training catalog for the year 2022-2023. (27-6-2022). The Igoid Group organizes new sports management training for the 2022-2023 school year. Postgraduate courses are 100% online, with live classes (which are recorded) and ECTS credits recognized by the University of Castilla-La Mancha (UCLM). The IGOID […] 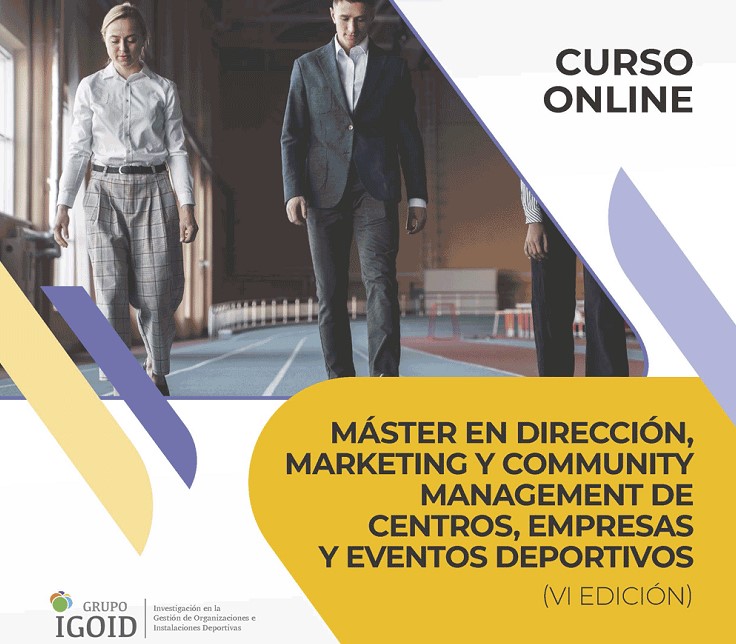