There are many applications focused on this type of work and that many users around the world use on a daily basis. Furthermore, we must bear in mind that many of these software solutions are compatible with both desktop computers and mobile devices. In this way we will be able to synchronize the contents that we add here and take them with us at all times. Generally, these applications allow us to take notes in a multitude of formats, or create task lists.

Obviously, all this will help us to organize our day to day for which we can use programs like Evernote, Google Keep, Bear or Microsoft To Do. Perhaps these could be considered as the most popular solutions used in their sector. That is why we are going to talk about each of these proposals below so that you can choose the one that interests you the most in each case.

Evernote, the most complete option

When it comes to taking personal notes, this is one of the oldest options as well as used and known, it is Evernote. In fact, it could be considered as the most complete option both at a business level and for final user. In addition, it is available in practically all operating systems and devices, which allows us to always carry all our content with us.

However, to get the most out of this application, we will have to pay for its use. To say that this is something that is especially evident in professional environments.

Google Keep, the simplicity of notes

On the contrary, the search giant offers us its own alternative to take notes at no cost. We can also synchronize the content that we are creating both on our desktop computer and on the mobile device. Here we can highlight that we can carry out all this for free and through a very friendly user interface. However, the functionality in general does not reach the level of the aforementioned Evernote.

In addition, here we must also take into consideration that this is not a stand-alone application, since it largely depends on the Google Drive ecosystem. However, it is a proposal clearly focused on the end user who does not want to complicate his life and obtain the best organization.

Microsoft To Do, get organized with task lists

If the two applications mentioned above focused on creating personalized notes, things are a bit different here. And it is that as its name suggests, Microsoft To Do focuses more on creating your own task lists. In addition, this software that Microsoft offers us can be used both in desktop computers as in mobile devices synchronizing all the contents.

Basically directed towards end users, more than the company, so it tries to make it easier for us to create lists thanks to its intuitive interface. Professional users may see their needs covered more with other proposals such as Evernote.

Bear, the favorite of Apple users

Here we find a powerful application specially indicated for taking notes, but that is limited to Apple’s signature devices. Of course, for many it is the most interesting proposal of this type when it comes to taking notes and thus organizing your life a little better in an Apple product. presents us with a good number of formats to generate these contents and several very interesting additional functions.

However, if we are users of Windows-based desktops or Android mobile devices, we will have to look for other alternatives for these organizational tasks.

Wed Jul 27 , 2022
It’s been a long time since OPPO It has been positioned as one of the best options to get a competitive mid-range terminal and without spending a fortune. In addition, the manufacturer makes things easier by leaving an OPPO Find X5 Lite priced out along with a free pack, all […] 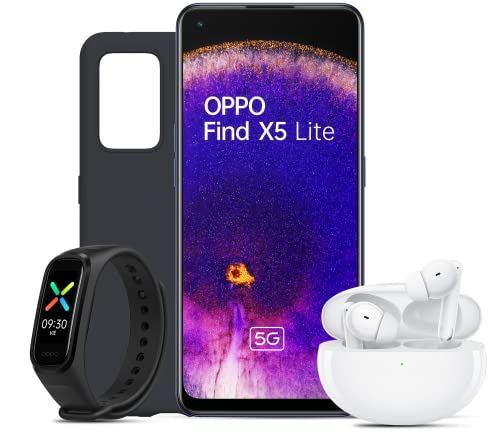