In 2017, a historic event was recorded in the energy world: China overtook the US as the world’s largest importer of oil. It seemed that oil flows into the country would only increase.

Moscow, Russia.- A couple of decades ago, China’s oil imports hardly differed from those of other large and populous countries like India. In 1999, for example, China imported only 11% of what it is importing now.

China’s oil imports have grown steadily in recent decades, along with its economy. As a result, in 2017 the inevitable happened: the Chinese became the number one importer. In 2020, the country imported 11.8 million barrels a day, surpassing the United States, which imported 9.1 million barrels a day, according to BP’s Statistical Review of World Energy.

Refinery capacity in China increased to about 11.4 million bpd in 2017. New facilities, such as the 260,000 b/d Anning refinery in Yunnan province, came online. Others have started expanding capacity and increasing imports, such as CNOOC Oil Corporation’s Huizhou refinery.

China became a net importer of oil in 1993. Chinese crude oil imports have started to grow at an average annual rate of 9.1%.

Since then, China’s activity abroad has only increased. The Chinese began buying up the global energy industry, from small and medium-sized oil fields in Canada and Peru to tenders in India, Indonesia, Papua New Guinea, Russia and Venezuela. And they even got into Texas, where they acquired 98 former oil wells in the mid-1990s. In 1997, China announced large-scale oil deals with Kazakhstan, Venezuela and Iraq totaling $5.6 billion.

The state-owned companies Sinopec, CNOOC and CNPC have become multifaceted conglomerates whose activities cover much of the chain, from production and development to resale.

However, instead of rejoicing at the world’s leadership in oil imports, Beijing showed serious concerns. The growing dependence on energy has always worried the Chinese government. Therefore, various measures have been taken in an attempt, if not to stop, at least to gradually curb the growth of imports.

One of these measures has been the intensification of the development of renewable energies.

Under the 2016 Paris Agreement, China committed to being self-sufficient in 20% renewable energy by 2030. In 2020, it was announced that the country would aim to achieve carbon neutrality by 2060.

The Chinese are used to playing big. That is why it is not surprising that China has become the world’s largest investor in the clean energy transition, with 266,000 million dollars invested in the energy transition in 2021. This represents more than a third of the total world investment (755,000 million of dollars). It is followed by the US, which has invested 114 billion dollars, Germany ($47 billion), the UK ($31 billion) and France ($27 billion).

China has become a leader in wind power and solar photovoltaics. By 2019, China’s wind power generation had grown to 406 TWh, far more than the United States (298 TWh). As a result, China accounted for about 28.4% of the world’s wind energy production in 2019. In the field of solar photovoltaics, China is the main supplier and consumer.

But when it comes to zero emissions, China still has work to do. As the Chinese economy has grown, the demand for coal has increased considerably. From 1990 to 2019, coal consumption in China almost quadrupled. And since 2011, China has consumed more coal than the rest of the world combined.

A blow to the refineries

When China’s annual crude oil imports fell 5.4% last year, that surprised many people who thought it unlikely. China has been the driving force behind global oil demand over the past decade, accounting for 44% of global oil import growth since 2015.

However, local authorities have tightened fuel export quotas to limit refining and therefore imports of crude oil. As a result, China’s crude oil imports fell for the first time since 2001, according to the China Petroleum and Chemical Industry Federation (CPCIF).

The Chinese have also stepped up their efforts to explore and exploit local oil fields in recent years. The country’s major oil companies have increased investment in the exploration and commissioning of gas fields, which, in turn, has greatly contributed to reducing the country’s dependence on oil imports. The construction of storage facilities and trunk pipelines has also been stepped up, which will also enhance energy security.

All these measures are already bearing fruit in combination. China is becoming more self-sufficient each year and more selective in its oil imports. It sends some kind of signal to the producing countries, that they should draw some conclusions.

Thu Apr 14 , 2022
Poster for the 2022 Catalan Cup, which this year shares a name with the ‘Micacu’ Grand Prix trophy, Cesc Albà Memorial, sponsored by the Pol Viatges agency. (12-4-2022). The 2022 Catalan Cup will pay a special tribute this year to the member of the organizing club of this edition, Francesc […] 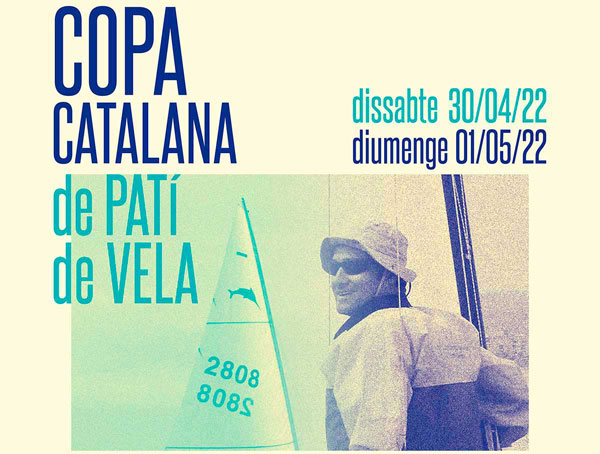