The conflict between Russia and Ukraine revealed a great truth: Europe’s energy fragility and its dramatic dependence on Russian natural gas. How relevant is fuel in this international struggle?

Santiago de Chile.- For years Europe has depended on the natural gas produced by Russia and today it imports 78% of the fuel each year. In addition, it buys 54% of Russian oil shipments. Thus, Russia has established itself as the main supplier of gas to the region and the second largest exporter of crude oil in the world, after Saudi Arabia.

The problem is that Europe’s dependence on Russian gas has become even more pronounced, due to the lower production of nuclear energy in the region. To this must be added the drop in the productivity of coal-fired plants, given the objective set by the European Union to decarbonise up to 55% by 2030.

After the invasion of Ukraine, fears strongly arose that all the sanctions against Russia would be carried out. If this happens, Putin could reply by cutting off the gas tap to Europe or reducing its flow. This would trigger electricity prices, putting the entire industry in check.

What does Ukraine have to do with all this? One of the Russian gas pipelines, the Soyuz Brotherhood, passes just below Ukraine transporting fuel to Germany and the rest of Europe. The other Russian corridor, Yamal, also crosses Ukrainian territory carrying gas to Germany and the European region.

Therefore, Russian fuel today plays a key role in this entire dispute, says Diego Ramírez Ramírez, an academic from the Department of Applied Economics at the Complutense University of Madrid. “Although the dependence that Spain or Portugal has on Russia is very different from that of Germany, Hungary and Austria.”

According to Ramírez, the European Union was aware of its strategic weakness with respect to Russia, and the outbreak of the war brought the consequences of said weakness to the fore.

“The security of energy supply has always been one of the three pillars of the European Union, together with the promotion of competition and environmental objectives.”

“Until now the supply of Russian gas had been reliable, since it was a mutual interest. On the one hand, European countries that need more fuel to cover their needs, and on the other hand, the economic and strategic interest of Russia. This nation had shown no signs of ‘scaring’ its European clients. But that has changed.”

Moreover, Ramírez foresees that with the current ongoing conflict, Europe will accelerate its need for energy independence, migrating towards electromobility and greater development of renewable energies.

Very different thinks Mikhail Smyshlyaev, member of the International Department of the IRTTEK Institute (Russian Institute for the Development of Fuel and Energy Technologies). Considering the current energy crisis on the European continent, with less nuclear energy and a reduced production of coal-fired plants, “Europe is as interested as Russia in continuing with the gas exchange.”

“Otherwise, the Russian nation would not have launched the Nord Stream II gas pipeline (in which it invested US$12 billion and which runs through northwestern Russia to Germany and the rest of Europe). This one stopped one step away from its official launch. But that scenario could change.

However, Ramírez is blunt on this point, stating that “Nord Stream II is dead. Not for an economic issue, but rather to avoid delving deeper into the Europe-Russia dependency. I do not see any strategic scenario in which Germany authorizes its operation.

The future of Ukraine

Meanwhile, what is happening today with Russian gas shipments? “The Nord Stream I gas pipeline (which passes through northwestern Russia to Germany and the rest of Europe), is operating at 100% capacity,” says Smyshlyaev.

“In parallel, Russian fuel continues to flow uninterrupted through Ukraine to the European continent. Moreover, since the outbreak of the war, supply volumes have increased considerably and have returned to the daily levels foreseen by the agreement between Moscow (capital of Russia) and kyiv (capital of Ukraine). This is valid until the end of 2024.

“It should be noted that in 2021 41.6 billion cubic meters were transported to the European region by Ukraine and this country makes a profit transporting Russian gas,” Smyshlyaev stresses.

Although this is the present of Ukraine, Ramírez envisions another scenario. “In the future Ukraine will try to increase its energy integration with the European Union. Ukraine is an obligatory passageway for part of the gas to that region and this gives it the strength to continue counting on Russian supplies”.

“Although to the extent that Europe diversifies its energy sources, that strength will decrease,” warns the expert.

In Smyshlyaev’s opinion, “the conflict in Ukraine has been the one with the greatest upheaval in the energy markets, since the world oil crisis of 1973. From this event some countries focused on nuclear energy and others on wind power, but all they began to diversify actively. The same thing will happen now.”

Ramírez shares this same vision, declaring that “the long-term effects are very clear: security of supply is placed as a cornerstone, reinforcing European climate policy. Although in the short term the displacement of coal by gas is going to be very damaged. Coal is indigenous or easily importable from multiple origins.”

At the close of this report, the President of the United States, Joe Biden, is on a tour of Europe in order to tighten sanctions against Russia. Meanwhile, Putin has just launched an offensive against Germany, warning him that now he will have to buy gas with rubles (Russian currency)… a clear sign of the energy domination that Russia is trying to impose. 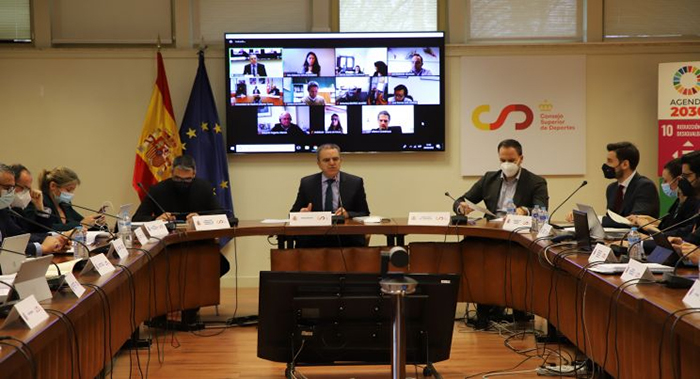