The western response to the invasion of Ukraine targets the finances of oligarchs close to Russian President Vladimir Putin, but the application of these measures is difficult and has so far had little success, as reflected in the seizure of yachts in France and Italy.

Since the beginning of the Russian offensive in Ukraine on February 24, the European Union (EU), the United States and the United Kingdom update almost every day the lists of close associates of the Russian regime, who with a stroke of the pen become outcasts of the financial system international.

Deputies, high-ranking military officers, journalists, industrialists and financiers… Hundreds of people have their assets frozen in Western countries and sometimes they cannot travel to these territories either.

These include Nikolay Tokarev, director of the state company in charge of Transneft pipelines; Sergei Chemezov, head of the Rostec military industrial conglomerate; Russian-Uzbek businessman Alisher Usmanov, considered “one of Putin’s favorite oligarchs”; or the head of the Russian development bank VEB Igor Shuvalov.

The sanctioned tycoons will see their “yachts, luxury apartments and private planes confiscated,” US President Joe Biden warned on March 1. The measures also affect their families and joint asset management companies “so that they cannot hide behind financial set-ups,” stressed the French Minister of the Economy, Bruno Le Maire.

In addition to the oligarchs, the sanctions also target another 2,000 to 3,000 “very very rich” people linked to the Putin regime, Robert Barrington, a professor at the English University of Sussex, told AFP.

France “is a host country for these ill-gotten goods,” says Sara Brimbeuf, head of the NGO Transparency International in France. And “luxury real estate is a privileged route for laundering corruption or embezzlement of public funds.”

The real estate of these personalities is concentrated in the famous towns of the Côte d’Azur, in western Paris and in a handful of resorts in the Alps. But it is very difficult to identify them with certainty.

Daria Kaleniuk, a prominent Ukrainian anti-corruption figure quoted by Transparency International, delved into property, court, and confidential documents. According to her, a villa in Saint Tropez belongs to the founder of the aluminum giant Rusal Oleg Deripaska, subjected to US sanctions since the annexation of Crimea in 2014.

The names of Boris and Arkadi Rotenberg, sanctioned by Washington, are linked to two properties near Nice and Grasse, according to Kaleniuk. These brothers, childhood friends of Putin, became rich with public construction contracts, especially on the occasion of the Sochi Olympics in 2014.

Daria Kaleniuk also attributes a sumptuous villa on the French Riviera to Gennady Timshenko, whom the EU considers a “confidant” of Putin. This billionaire is a co-founder and shareholder of several companies, including the Volga investment group and the Gunvor commodity trading group.

London also attracted a lot of investment from the oligarchs thanks to its long-standing facilities for them and their families and its elitist educational system. Russians accused of corruption or close to the Kremlin have real estate for “1,500 million pounds” (1,972 million dollars at current exchange rates), according to Professor Barrington, who considers that it is much more “in reality”.

The application of the sanctions rests on a handful of professionals such as bankers, notaries or lawyers, usually accused of looking the other way.

“Not everyone fulfills their role” and “they do not communicate their suspicions [a las autoridades]even if they are subject to anti-money laundering obligations”, adds Brimbeuf, from Transparency International.

The press revelations of February 20 about the Credit Suisse bank, accused of harboring billions of dollars of funds of criminal or illicit origin for decades, show that this sector “vastly failed to comply with its information obligations”, it adds.

The identification of assets is time-consuming and tedious, since “the examination of the files is done by hand,” a spokesman for a major bank told AFP. Complex shell companies and financial schemes often have to be examined to link a sanctioned person to their assets.

“One of the obstacles is the use of figureheads,” explains Julien Martinet, a lawyer at the French cabinet Swiftlitigation. Investigating them would require “a significant mobilization of the intelligence services.” Consequently, there have been few major media “catchups” so far.

In the south of France, customs on Thursday seized the ‘Amore Vero’, a mega yacht valued between 108 and 130 million dollars, owned by a company linked to Igor Sechin, president of the Rosneft oil group.

Italy announced on Saturday that it had frozen assets of Russian oligarchs worth 153 million dollars, including two yachts seized the day before. One of them, the ‘Lady M’, belonged to a steel tycoon Alexei Mordashov; and the ‘Lena’, to Gennady Timshenko.

The application of sanctions “cannot be done overnight,” Carole Grimaud Potter, professor of Russian geopolitics at the French University of Montpellier, told AFP. Sara Brimbeuf recalls that “several investigations opened more than ten years ago during the ‘Arab Springs’ are still ongoing.”

To overcome these difficulties, US Justice Minister Merrick Garland announced on Wednesday the creation of a cell, called “KleptoCapture” and dedicated to persecuting “corrupt Russian oligarchs.”

France also has its own working group made up of dozens of people from the tax administration, the financial intelligence service, customs and the general directorate of the Treasury. Even fans participate. On Twitter, American teenager Jack Sweeney keeps track of private jets on his “Russian Oligarchs Jets” account.

But it is not enough to identify the goods. If the constitution of the sanctioned list allows blocking their assets, their seizure is legally more complex. “To violate property rights, a law is needed, not just a regulation or an order,” explains Martinet.

The seizure of the ‘Amore Vero’ could be carried out because “they tried to move and, therefore, went against the law”, said a supervisor of the French “task force”.

Several Russian billionaires have preferred to send their yachts to more conciliatory territorial waters as soon as possible. “There is a lot of talk in the world that Russian yachts are preparing to leave the Côte d’Azur,” a source familiar with the sector tells AFP, evoking Dubai as a possible destination. 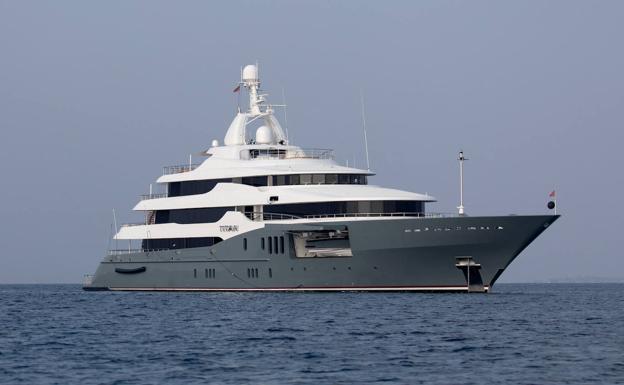 The Maldives, which does not have an extradition treaty with the United States, is also another likely destination. Several yachts were sighted there, including those belonging to aluminum tycoons Oleg Deripaska and steel magnates Alexander Abramov.

In contrast, there have been no massive sales of real estate on the Côte d’Azur, according to a union official in the sector.

In any case, several Russian billionaires have preferred to cut ties with their prominent businesses, such as the owner of the London soccer team Chelsea, Roman Abramovich. This close friend of Putin, who has a fortune estimated at 12.4 billion dollars according to Forbes, decided to sell the club, despite not being subject to sanctions at the moment.

How to Darken Grid Lines in Microsoft Excel

Tue Mar 8 , 2022
➥ Go to the beginning of the Free Online Excel Course By default, Microsoft Excel provides lines from Grid to each spreadsheet and these can be darken to highlight the sheet in question. Precisely this is something that many people come to complain about, that the grid lines can become […] 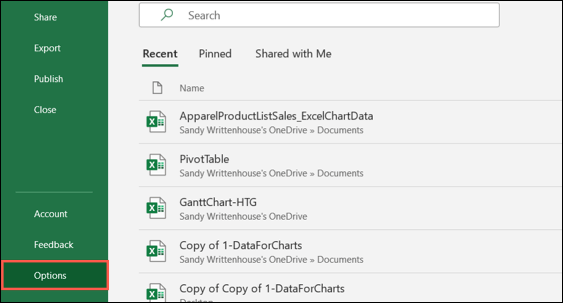