The Ukrainian and Russian negotiators, together with the President of Turkey, Recep Tayyip Erdoğan. / ef

Russia and Ukraine gave the clearest signs in Turkey on Tuesday of moving toward an understanding since the war began five weeks ago. Although everything moves in the field of eventuality and hypothesis, two facts point to what seems to be an incipient unblocking of the positions between the two delegations. The Russian Defense Ministry announced a “drastic” reduction in military activity around kyiv and Chernigov, although its main Russian negotiator, Vladimir Medinski, clarified that “the de-escalation in this area does not mean a ceasefire.”

For his part, the head of the Ukrainian delegation in this new round of talks started in Istanbul, David Arajamía, reported that kyiv has presented a comprehensive proposal to Moscow to end the war. Medinski, who described the meeting as “constructive,” assured that the draft will now be studied by the Kremlin and then “the Russian Federation will respond with its own initiative.”

What, according to the words of Arajamía, has already been agreed upon and would initially have the approval of Moscow is that Ukraine could receive security guarantees from the United States, France, Turkey, Germany, Canada, Poland and Israel that it will not return be attacked by Russia or by any other state. With these countries, if the proposal is accepted, Ukraine would have the same guarantees established in Article 5 of NATO. In other words, if it were the object of an attack, consultations would begin within three days with the attacker and, if they did not work out, the guarantor countries would have to help the country militarily and proceed to establish a no-fly zone over its territory. . Some of the governments would have already given their approval to the scheme in a preliminary way, although it is not specified which ones in particular.

At the same time, kyiv undertakes not to join NATO, to be a permanent “neutral” state, to renounce nuclear weapons and not to allow the deployment of foreign military bases on its territory. Arajamía argued, however, that “we have unresolved problems” in relation to Donbas and Crimea, so the protection guarantees will not be extended to those two enclaves. Likewise, kyiv would have the green light to join the European Union.

For his part, the negotiator and advisor to the Ukrainian Presidency, Mijailo Podoliak, assured that “with regard to Crimea, there will be a separate clause in the agreement. We will hold talks with Russia about this enclave for 15 years, during which there will be no hostilities.” Podoliak argued that the Donbas issue “will also be included in a separate clause, and will be addressed directly by the presidents of Ukraine and Russia.”

“Ukraine works a little differently from the Russian Federation. For us, the main thing is that the State communicates with society. The implementation of the decision – on the whole of the future agreement – will follow the procedure of referendum and ratification by the parliaments of the guarantor countries,” said the adviser.

Security. kyiv would receive guarantees from the US, France, Germany and other countries that it will not be attacked again

Possible concessions. Ukraine promises not to admit foreign bases and Moscow is predisposed to let it enter the EU

The Kremlin. The decrease in attacks aims to “increase mutual trust (…) in order to sign a pact”

Satisfied with the development of a “constructive” meeting, Medinski even announced that a summit between the Russian and Ukrainian presidents, Vladimir Putin and Volodymyr Zelensky, “may take place simultaneously with the signing of the definitive treaty by the ministries of Foreign Affairs of Russia and Ukraine. Arajamía corroborated this by stressing that “the results of today’s meeting (yesterday) are already sufficient for a meeting at the level of heads of state.”

The head of the Russian delegation estimated that his country “has taken two steps to meet Ukraine to de-escalate the conflict.” He also stated that the Federation will consider the proposals of the kyiv Government, transferring all the information to Putin. Together with him, the Deputy Minister of Defense, Alexánder Fomín, stated that the decision to “drastically reduce” military operations in kyiv and Chernigov aims to “increase mutual trust and create the necessary conditions for new negotiations with the ultimate goal of signing an agreement ».

However, the United States does not trust too much in the timid rapprochement reached between Moscow and kyiv. The US Secretary of State, Antony Blinken, does not observe “true seriousness” on the part of Russia in a commitment to peace. “There is what Russia says and there is what Russia does. We are going to focus on the latter,” said Blinken from Rabat. He said he feared that it was all a deceptive ploy and insisted that what the Kremlin had to do was “end the aggression, stop shooting, withdraw forces and, of course, engage in dialogue.” Also France, Italy and Germany called on the rest of the West to keep their guard up.

It was the Russian Defense Minister, Sergei Shoigu, whose disappearance from the public scene had fueled all kinds of speculation, who this Tuesday spoke about the war for the first time in more than fifteen days. He repeated what his deputy, Sergei Rudskoi, already advanced last Friday, about the Russian troops having “completed the first phase of the special operation” and will focus on the “liberation” of Donbas.

“The main tasks of the first phase of operations have been completed. The combat potential of the Ukrainian armed forces has been reduced. They have suffered significant damage. “The priority objective now” will be the liberation “of the separatist region,” he added. Shoigu also specified that the Ukrainian air force and its anti-aircraft defenses “have been practically destroyed.” He said the same about the navy: “The country’s navy has ceased to exist.” Of course, the Defense Minister warned that Moscow “will respond appropriately to any shipment of aircraft or anti-aircraft systems to Ukraine by NATO.”

The negotiations this Tuesday in Istanbul lasted about three hours and began with a brief address addressed to both delegations by the Turkish president, Recep Tayyip Erdogan. Although he is not part of the negotiating team, the well-known Russian oligarch Roman Abramovich was present, and he chatted animatedly with Erdogan, although he remained on the sidelines of the negotiation. After the rumors about the alleged poisoning of him, denied this Tuesday by the Kremlin spokesman, Dmitri Peskov, Abramóvich said he was fine. Turkish Foreign Minister Mevlut Cavusoglu said that “mutual understanding and consensus have been reached on some issues, the most significant progress has been made precisely today – this Tuesday -” in Istanbul.

Negotiations between kyiv and Moscow began on February 28 in Belarus, four days after the start of the “special operation” launched by Putin against Ukraine. On March 3, also in Belarus, they reached the first agreement, consisting of opening “humanitarian corridors” in the conflict zones to be able to evacuate the civilian population. In order to facilitate the operation, a cessation of hostilities was decided in the areas concerned. But everything was on wet paper.

Contacts then continued for several days via videoconference. On March 10, the Russian and Ukrainian foreign ministers, Sergei Lavrov and Dmitro Kuleba, also met for the first time in Turkey, in Antalya, also without any rapprochement. During the press conference he offered that day, Lavrov maintained that his country “has not attacked Ukraine.”

Allied mistrust and support for kyiv

The leaders of the United States, the United Kingdom, France, Germany and Italy agreed on Tuesday that Western allies should not “relax” in front of Russia until the “horror” in Ukraine is over. Joe Biden, Boris Johnson, Emmanuel Macron, Olaf Scholz and Mario Draghi addressed the situation in Ukraine during the day and discussed the need to work together to “remodel” the international energy architecture and “reduce” dependence on Russian hydrocarbons .

In addition, they agreed on the need to support Ukrainian citizens “in their fight” against Russian “barbarism”, according to a statement released by Johnson’s office. The British ‘premier’ highlighted the “appalling” attacks carried out in cities such as Mariupol, which is surrounded by Russian forces and has been under bombing for several weeks.

For its part, the White House also issued a statement on the call in which it stressed the need to allocate humanitarian aid to the citizens of Mariúpol. Similarly, Washington stressed that Biden and the rest of the leaders opted to provide Ukraine with “security assistance” to defend itself from Russia’s “unjustified and unprovoked” attack.

In parallel, Johnson reiterated that the international community must judge “the regime of (Russian President Vladimir) Putin by his actions, not by his words.” “Putin is twisting a knife into Ukraine’s open wound in an attempt to force the country and its allies to capitulate,” he said, before urging his interlocutors to be “relentless” in responding to him. The leaders agreed to maintain “close” contact.

Wed Mar 30 , 2022
Shadow Warrior 3 is one of the first person shooters that has attracted the most attention during the year, although adapting to its improved mechanics can take timeThere are certain uses of the context that surrounds us that are essential to get rid of potential enemies, and continue with our […] 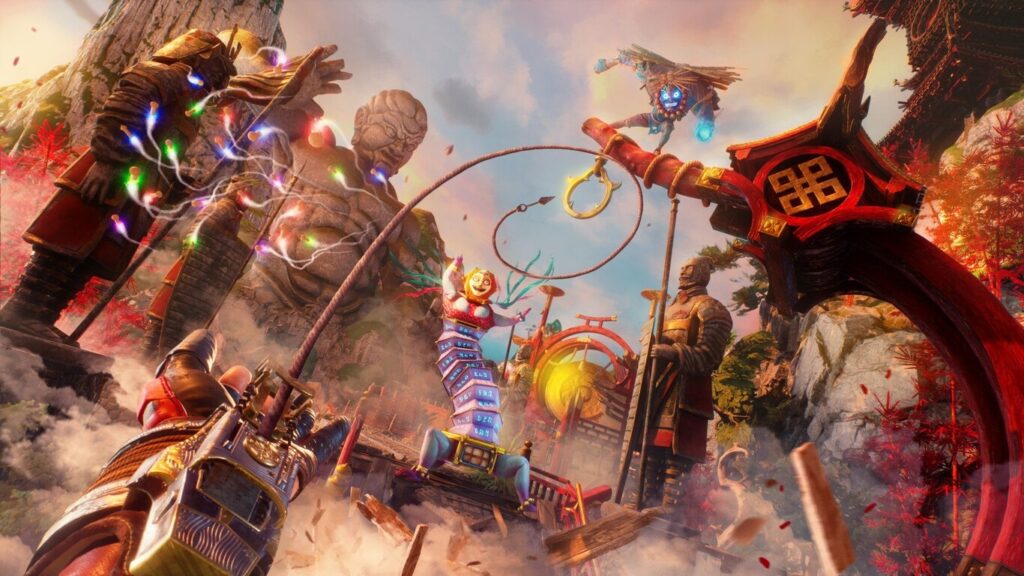