The apparent de-escalation that Russia began last week by withdrawing part of its troops from the border with Ukraine has gone to waste after on Friday the leaders of the rebel republics of Donbass decided to send the population to Russia en masse, decreeing the mobilization of men between the ages of 18 and 55, intensifying armed clashes with the Kiev Army and spreading all kinds of hoaxes about attacks by Ukrainian artillery and alleged acts of sabotage and terrorism by units sent by Kiev with a “destabilizing” objective.

Things have reached the point that the joint maneuvers that the Russian Army is carrying out in Belarus with the forces of this country, which began on February 10 and should have ended this Sunday, will continue sine die. Russian President Vladimir Putin warned his French counterpart, Emmanuel Macron, by telephone on Sunday that the reason for such a development of the situation and the spike in tension is due to the “provocations” in Kiev, not Russia, according to he stressed.

The Belarusian Defense Ministry released this Sunday a note from its head, Victor Khrenin, announcing that, by decision of Putin and Belarusian President Alexander Lukashenko, the joint military exercises “will continue due to the worsening of war activity near the border with Ukraine and the worsening of the situation in Donbass».

This explanation inevitably suggests that the ultimate goal of the large deployment of troops and war material on Belarusian territory was not mere training but rather preparation for a possible intervention against Ukraine, not only from the Crimea or the Russian border regions, but also from Belarusian soil.

According to Khrenin, who has not advanced a new date for the end of the operation, “The West is stuffing Ukraine with modern weapons and prioritizing those of an offensive nature.” Later, the Belarusian Defense official assured that the additional time that the exercises last “will serve to create a rapid intervention force (…) aimed at organizing a counterattack” in the event that Ukraine could launch an offensive against Minsk. . The Lithuanian Foreign Minister, Gabrielius Landsbergis, believes that the stay of the Russian Army in Belarus “is the preparation to attack and take Kiev”, since the country shares a significant stretch of border with Ukraine from where the Ukrainian capital is close.

Experts have been pointing out that, in the event that Russia launches an attack against Ukraine, it would limit itself only to defending Donbass and, at most, to creating a security zone around it. But never to unleash a total war that included the capture of Kiev or other important cities such as Dnipro, Kharkov or Odessa.

Both Moscow and Minsk gave promises at the beginning of last week that, once the maneuvers were over, Russian troops would immediately leave the country for their garrisons in Russia. However, on Thursday, Lukashenko had already begun to change his mind and announced that “part of the Russian war material will remain in Belarus after the end of the exercises.”

At the same time, Lukashenko noted that “the military of Belarus and Russia could return to their permanent barracks in a single day, but they will be in the republic for as long as necessary.”

According to the note released by the Kremlin on Sunday, Putin told Macron that the West “is pushing Kiev to a military solution” by sending weapons and ammunition. The top Russian leader also deplored that “Kiev only imitates a negotiation process and obstinately refuses to apply the Minsk agreements.”

In such a situation, reported the press department of the Russian Presidency, the French and Russian leaders agreed to intensify the search for solutions through diplomatic channels (…) to promote the reestablishment of the ceasefire». For this, today Monday the group of trilateral negotiators (Russia, Ukraine and the OSCE) must meet to try to stop the current escalation. just as another extraordinary meeting of the OSCE permanent council is also scheduled to take place.

The US believes that it has been ordered to attack

The US secret services believe that the commanders of the Russian military forces have already been ordered to attack Ukraine, according to three different US sources consulted by CNN. Two US officials and a source close to US secret services have provided this information about the order passed on to Russian tactical commanders.

These orders are one of the indications of invasion that US spies are watching. The others are the interception of communications and widespread computer attacks, events that have not been detected at the moment, the sources have explained. The same sources have explained that these orders can be withdrawn and that it can also be disinformation to confuse the United States and its allies.

The news about the sending of these orders to the commanders of the Russian forces has been picked up in the first place by the newspaper ‘The Washington Post’.

Sun Feb 20 , 2022
Technogym Ride is the first bike to offer direct access to the most popular apps among cyclists, such as Zwift, Strava, ROUVY and TrainingPeaks; It also includes entertainment applications, such as Netflix and Eurosport, and a complete range of training programs and experiences. (2-18-2022). Technogym has launched Ride, the first […] 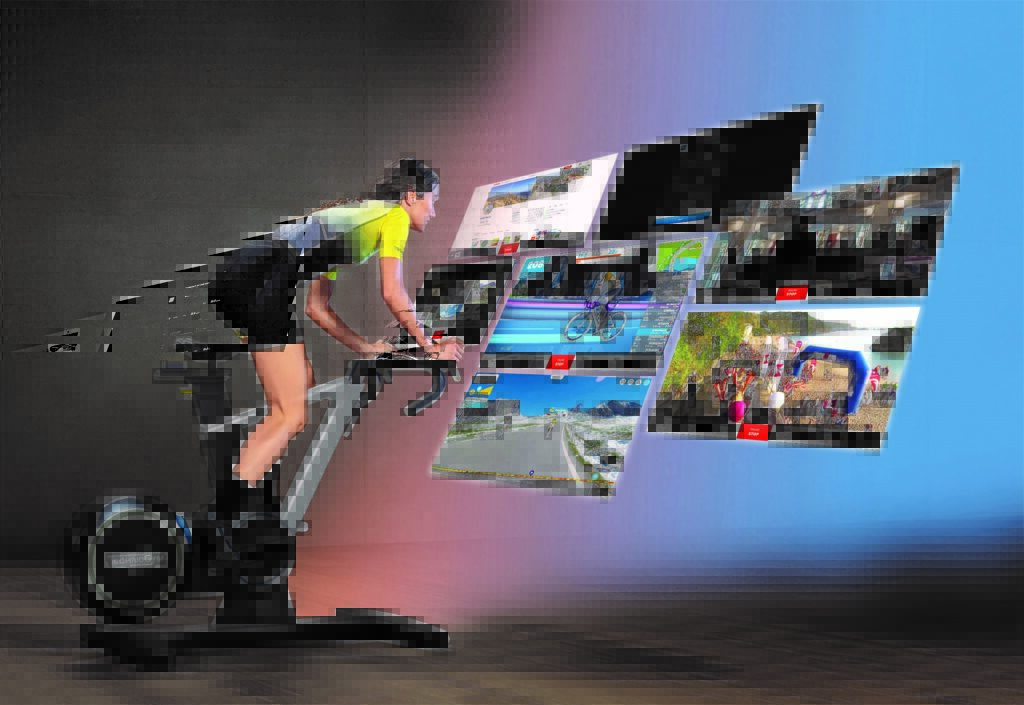