Two ‘Kalibr’ cruise missiles impacted this noon against the facilities of the port of Odessa, from where the Ukrainian cereal must leave according to the agreement reached yesterday in Istanbul to unblock the export of grain and alleviate the world food crisis.

The local councilor, Oleksiy Goncharenko, quoted by the Ukrainian media, assures that “a fire has broken out in the port of Odessa. There you have the grain broker that had been agreed (…) they sign agreements with one hand and with the other they fire missiles».

It is also reported that two other missiles could be shot down by the Ukrainian Army’s anti-aircraft defense system. “The enemy attacked the port of Odessa with ‘Kalibr’ cruise missiles. Two of the shells were intercepted by air defense forces. Two hit the port infrastructure,” Sergii Brachuk, a spokesman for the Odessa Regional Administration, said in a statement.

On Friday in Istanbul, Ukraine, Turkey and the UN Secretary General signed the so-called “Initiative for the safe transportation of grain and food from Ukrainian ports.” The same document was signed separately by representatives of Turkey, the UN and Russia. The Ukrainian ports concerned are Odessa, Chernomorsk and Yuzhni. The parties promised that civilians, commercial ships and port buildings will not be attacked.

Following the attack, the Ukrainian Foreign Ministry called on the UN and Turkey to ensure Russia’s compliance with its obligations to secure the “grain corridor.” “The attack on the port of Odessa has been a spit by the head of the Kremlin, Vladimir Putin, in the faces of the UN Secretary General, António Guterres, and the Turkish president, Recep Tayyip Erdogan,” said the Ukrainian foreign spokesman today, Oleg Nikolenko.

In his words, “the Russian Federation took less than 24 hours to question the agreements and promises it made to the UN and Turkey in the document signed yesterday in Istanbul by attacking the territory of the port of Odessa with missiles.” Nikolenko warned that if the agreement fails, “Russia will have to take full responsibility for the worsening of the world food crises.”

Sat Jul 23 , 2022
The FII Rio Bravo Renda Residencial (RBRS11) signed, this Friday (22), the term for receiving the keys to the 81 apartments of the Urbic Sabiá development, in the neighborhood of Moema, south zone of São Paulo (SP). With the delivery, the guaranteed income mechanism of the units ends – a […] 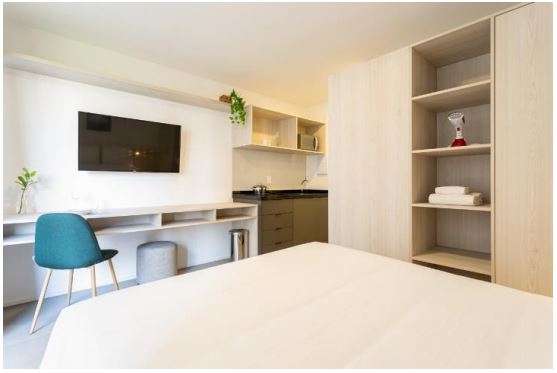