Attack from Russian soil. A dense plume of black smoke rises from the destroyed buildings after the attack on the Yavoriv military base. /REUTERS

The missile attack on the Yavoriv base, just 25 kilometers from Poland, causes 35 deaths and 134 injuries

Just the day after Moscow warned that Western arms shipments to Ukraine would be considered “legitimate” military “targets,” Russian cruise missiles fired from a base in Saratov, more than 1,500 kilometers away, They hit the center for foreign military instructors in Yavoriv, ​​in the northwest of Lviv, just twenty kilometers from Poland, a member country of NATO and the European Union.

The bombardment killed 35 people and caused 134 injuries. According to the mayor of Lviv, Andrii Sadovii, a total of 30 missiles broke through, some of which were shot down by Ukrainian anti-aircraft systems, but eight hit their intended targets. Yavoriv, ​​which since 2015 was the military training base for Ukrainian troops organized by military instructors from the United States, Canada and other NATO countries, now houses the so-called International Center for Peacekeeping and Security. One of its tasks, apparently, is to channel the military aid that arrives from different countries of the Alliance.

The spokesman for the Russian Defense Ministry, Igor Konashenkov, assured that in the attack “180 foreign mercenaries and a large consignment of weapons from abroad were eliminated”, although Kiev categorically denies that there were foreigners among the victims and describes Konashenkov’s statements as “propaganda”. The Russian military spokesman pointed out that “high-precision weapons” were used.

Western Ukraine and Lviv in particular, where Western embassies moved from Kiev, was considered the safest part of the country. In recent days, it has been a transit point for hundreds of thousands of refugees fleeing the war to Poland. But, as a warning, on Friday the airfields of Lutsk and Ivano-Frankivsk were bombed, both also in the extreme west of Ukraine and also very close to Poland, but also to Slovakia, Hungary and Romania, member states of the EU and the Alliance. Ivano-Frankivsk was this Sunday subjected to new attacks.

Ukrainian Defense Minister Oleksii Reznikov explained that “foreign instructors work here. This is a new terrorist attack against peace and security near the border between the European Union and NATO.” “Action must be made to stop this. Close our sky already!” he exclaimed. Kiev has been insisting practically since the beginning of this war, on February 24, for NATO to establish a no-fly zone over the Ukrainian sky for Russian bombing. But both Washington and Brussels consider that such a measure would pose a huge risk of nuclear war with Russia as soon as any of its devices were shot down.

Presidential adviser Oleksii Arestovich said that the besieged cities of Mariupol, Kharkov, Kiev, Chernigov and Sumy “continue to resist. The enemy continues without being able to penetrate them”, although they are subjected to intense fire from Russian aviation and artillery, especially Mariúpol. The destruction in Kharkov is also very evident as well as in Sumy and Chernigov.

The Ukrainian Deputy Minister of the Interior, Evgueni Enin, reported this Sunday of 13 civilian deaths from the bombings in Mykolaiv and assured that the fiercest armed clashes are located in Zaporojia and Krivói Rog, further west. Mykolaiv Governor Vitali Kim initially reported nine deaths in the city. Mykolaiv, which has been under bombardment for several days, is 132 kilometers east of Odessa, a Black Sea port city of great strategic importance. The Russian Army has not yet launched its assault, although its surroundings have been subject to occasional bombardment.

The city hardest hit since the beginning of the Russian invasion is undoubtedly Mariupol, whose population survives as best it can without water, heating or electricity. Food is running out and there are no medicines either. This Sunday it was bombed again. Its mayor, Vadim Boichenko, stated through Telegram that “the occupants cynically and deliberately attack residential buildings, densely populated areas, destroy children’s hospitals and urban infrastructure.” According to his calculations, “to date, 2,187 inhabitants of Mariupol have been killed in Russian attacks.”

Demonstrations of the local population against the “invaders” took place this Sunday in the cities of Kherson, Melitopol and Berdyansk. In all of them the demonstrators waved Ukrainian flags. According to the videos published on Telegram, in Kherson the Russian military fired shots into the air without managing to intimidate the crowd.

The inhabitants of Kherson, located very close to Crimea and therefore one of the first cities to fall into the hands of Russian troops, have denounced the Russian “occupiers” for trying to organize a “fake referendum” in order to create a ” people’s republic” in the style of Donetsk and Lugansk, which proclaimed themselves independent in 2014 and whose “statehood” was recognized by the Kremlin last month, a measure that turned out to be the prelude to the current war.

This Sunday it was learned that another Ukrainian mayor, this time the one from the town of Dniprorudne, in the Zaporozhye region, has been kidnapped by the Russian military. It is, according to the regional governor, Evgen Matveiev. On Friday, the same fate met Ivan Fyodorov, the Melitopol alderman, for refusing to carry out the orders of the occupation troops. His whereabouts are still unknown.

Meanwhile, the Ukrainian Prosecutor General’s Office on Sunday provided the figure of 85 dead children and a hundred wounded due to the Russian attacks. The Moscow Army has also been accused by the local authorities of the part of Lugansk still controlled by Kiev of using prohibited weapons such as phosphorus bombs.

The fall of Mariupol would accelerate the withdrawal of the Ukrainians, according to military experts

The capture of Volnovakha by Russian troops, a small town of just over 23,000 inhabitants, located north of the martyred Mariúpol, could mark a key point in the evolution of the military campaign. “We are facing a very important moment,” say sources from the Spanish Army consulted by this newspaper.

And it is that from a strictly military perspective it is perceived as indicative of the imminent fall of Mariúpol, which has been resisting the punishment of the invading batteries for more than twelve days in dramatic conditions for its population (cut off, without water, gas and electricity) . The fall of this city “would free numerous Russian forces and greatly facilitate their logistical support,” they explain. A circumstance that, together with the possible taking of Izium and Sieverodonetsk, between Kharkov and Donbass “would mean the decisive rupture of the defensive line of the Ukrainian south-southeast flank.”

Which would force “the withdrawal of all his forces (5-6 brigades) towards Zaporizhia-Dnipro.” In short, towards the Diniéper river line. “The Russian ability to avoid this withdrawal and materialize an encirclement, compared to the Ukrainian ability to withdraw in an orderly manner, may determine a turning point in future operational events,” military sources stress.

The double dimension of defense: save and resist. «Saving materializes in the fact that it is easier to defend than to attack, while resisting implies the delivery of saving that, paradoxically, enhances the asymmetry of resistance». Now Ukraine is in the strategy of resisting by saving as much as possible. “But part of his defensive key is calibrating when to give up that ‘guard’ for the benefit of resistance. In the south-southeast we could not be far from that moment”, they say.

Mon Mar 14 , 2022
Although not many know it, Facebook has a feature called Poke, which reminds many of the old and beloved buzzes of MSN Messenger, and which serves to attract the attention of a userThese virtual notifications, which alert us to our presence, cannot be applied to all contacts indiscriminately, so it […] 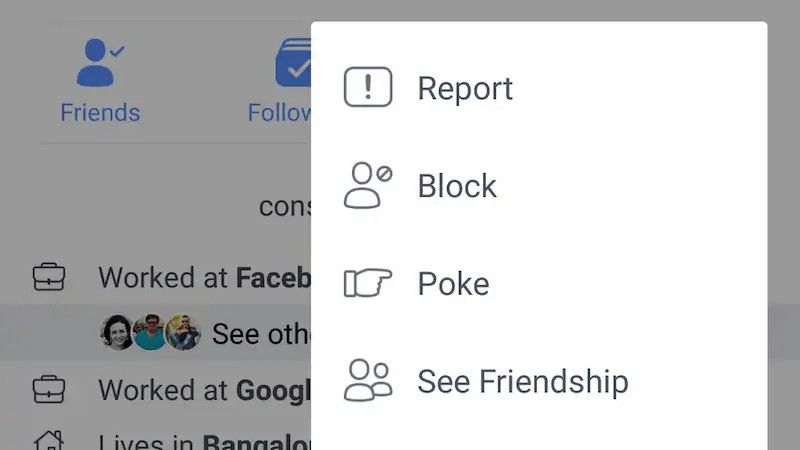