Volodymyr Zelensky, in a file image during a press conference in kyiv. / AFP/Video: Atlas

The positions on territorial matters are irreconcilable, although there is an agreement on the “neutrality” of the kyiv Government

It would seem that the only reason that encourages the Russian and Ukrainian delegations to continue maintaining contacts is not to face reproach for refusing to dialogue. If so, the repeated meetings held so far to supposedly try to stop the war would be nothing more than posturing.

Based on this plausible conjecture, and with the contest without the slightest sign of de-escalation, not even to encourage the parties to speak calmly in a favorable environment, negotiations between the contenders resume this Tuesday. The meeting this time will be in person and will be held in the historic and sublime Turkish city of Istanbul.

On Sunday, on the eve of this new meeting, the Ukrainian president, Volodymyr Zelenskiy, granted an interview to various Russian media, the dissemination of which has been prohibited by the Moscow authorities and whose content in the Kremlin they claim has not yet been read, explaining exhaustively what his country hopes to obtain from a hypothetical agreement with Russian leader, Vladimir Putin.

THE PHRASES OF ZELENSKY:

Dialogue posture. “Crimea, Donetsk and Lugansk are Ukraine, but we will never try to take them back by force”

According to what was formulated by the Turkish president, Recep Tayyip Erdogan, who is trying to assert his mediating role in this conflict, in the ongoing negotiations, which began on February 28 in Belarus, several points are discussed: a model « neutral” for Ukraine that would exclude its accession to NATO, its “demilitarization and denazification”, and would grant security guarantees for Russia, measures to protect its language and the status of Crimea and Donbas.

Erdogan maintains that there is progress in some, although negotiations are “stalled” in relation to the future of Crimea and Donbas, a key territorial issue without whose resolution, in the opinion of the vast majority of experts, it is impossible to conclude a peace agreement by much that there could be consensus in other sections.

Zelensky was asked on Sunday if there is any truth in what the Turkish president says, and he replied that “as regards the guarantees of security and neutrality and the non-nuclear status of our country, we are ready to compromise. All this was the first thing that Russia raised and, as far as I remember, the cause of the start of the war.

He was also inclined to defend the Russian language in his country and said it speaking precisely in that language, although he stressed that the main culprit for the animosity now lies with Moscow with its “aggression.” “I’m sure the language issue will come off the agenda because it will be resolved,” he added.

Guarantees for the agreement

Zelensky insisted that Crimea is Ukraine, but gave assurances that kyiv would never try to take it back by force. He likewise referred to the two rebel republics of Donbas: Donetsk and Lugansk. He assured that he wanted to “end this war”, did not want “hundreds of thousands of dead” and did not contemplate “a forceful attack”, neither in Donbas nor in Crimea. “I deeply understand how many thousands of people would die.”

However, the Ukrainian leader made it clear that the Donbas issue must be discussed. This was proposed in recent years, long before the situation reached the current conflict, when he asked to meet with Putin to try to agree on a common position when interpreting the 2015 Minsk agreements. He never accepted having to sit down negotiate with those in Donbas who rose up with arms against the power of kyiv, but, after elections, talk about the future of these enclaves with the leaders who came out of the polls.

“We want the Russian troops to withdraw to the positions prior to February 24. Let’s go back there. I understand that it is impossible to force Russia to completely liberate the entire territory. It would lead to a third world war. I understand perfectly, but go back to where it all started, and there we will try to solve the complex problem of Donbas,” Zelensky said, suggesting that it is necessary to negotiate how to solve these territories and do it precisely with Putin, not with the separatist leaders.

Washington reiterates that Putin does not want to end the conflict

As European leaders such as the French President, Emmanuel Macron, or the Italian Prime Minister, Mario Draghi, have already confirmed in recent weeks, an official source in Washington also considered yesterday that Putin shows no signs of wanting to reach a compromise to put an end to war. “I note that he is not willing at this time,” a senior US State Department official told Reuters anonymously. The Kremlin Foreign Minister, Sergei Lavrov, also considers it “counterproductive” for Zelensky and Putin to meet until a procedure has been developed to “address the problems accumulated in recent years.”

What does "Run as administrator" mean?

Tue Mar 29 , 2022
Run as administrator is one of the most traditional phrases in Windows, and one that has multiple implications, especially related to the access of each application executedMany times it is not clear why there are apps that do not need these permissions and others that do, nor what does it […] 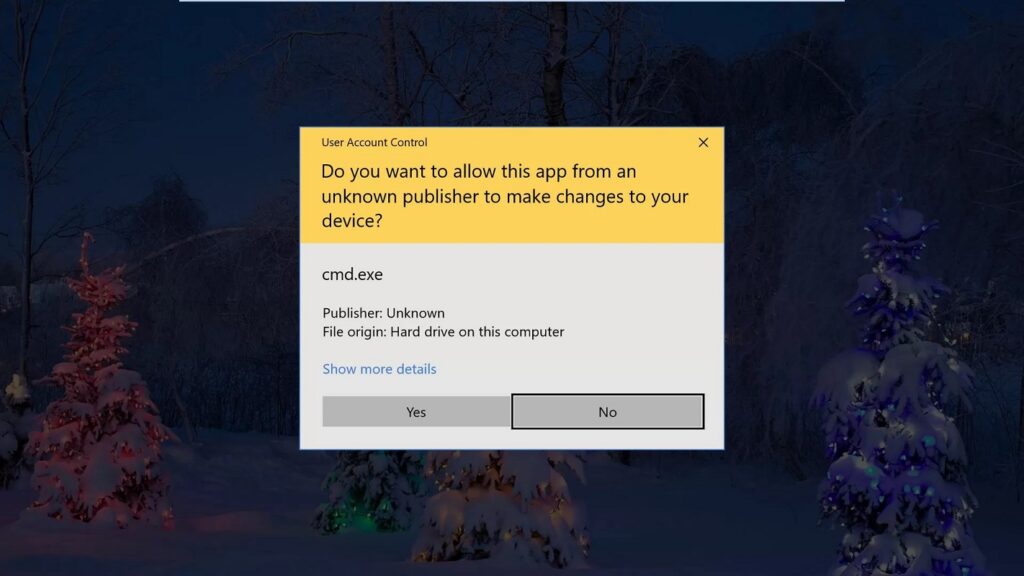