Premier Padel will celebrate its second Major in Paris next July

(2-4-2022) The second Premier Padel Major already has a location and dates: it will be at Roland Garros, Paris, and will be held between July 11 and 17. It will be the first venue in Europe for the new FIP circuit.

The same day that the outcome of the Qatar Major 2022 is known, Premier Padel has announced the fate of its second venue. Next July (from 11 to 17), the central court of Roland Garros (with capacity for 15,000 spectators) will host the second Major of the new circuit of the International Padel Federation (FIP).

It will be the first time that Premier Padel celebrates an event in Europe. As happened with the tournament held this week in Doha, in this second Major there will also be 2,000 FIP ranking points and 525,000 euros in prizes at stake. The FIP has not yet announced the rest of the host cities of this new circuit, despite the fact that the International Paddle Cluster claimed it on Friday, which requested more information from the international federation.

“The French Tennis Federation is proud to write padel history by partnering with the FIP and Premier Padel to organize the Paris Premier Padel Major at Roland-Garros. This will take padel to a new dimension and will boost the French fervor for this activity, which the FFT is supporting through a development plan”, assured the president of the FFT, Gilles Moretton.

“It is a very important moment for padel, in France, in Europe and on the world stage. We said from day one that the new official tour would take this sport to the highest level, and holding a Major at Roland Garros is proof of that,” said the president of Qatar Sports Investments, Nasser Al-Khelaïfi, who celebrated that this event be organized in the city of the football club he presides over, PSG.

“We are absolutely delighted for our sport, and for the players, that padel is played in one of the most emblematic and revered venues in the world: Roland Garros”, completed the president of the FIP, Luigi Carraro.

«Russia did not calculate it, but peace can only be signed with Zelensky»

Sun Apr 3 , 2022
Jon Kortazar believes that this war is the escalation of a confrontation that broke out in 2014. / Ignacio Pérez Jon Kortazar Billelabeitia, professor at the UPV/EHU He argues that Russia is interested in ending the invasion “as soon as possible” to prevent casualties from skyrocketing and go down in […] 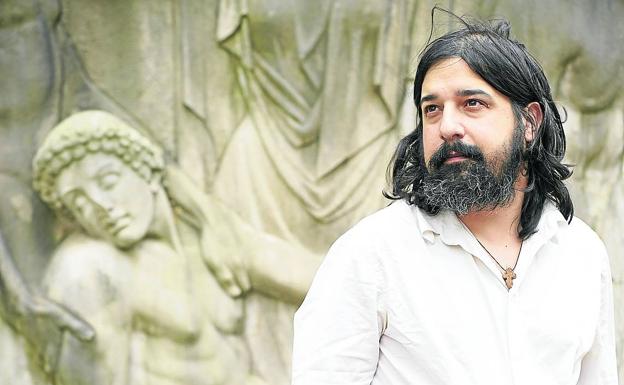