The world’s first electric year-round vessels, which the city launches in the summer, will be 100% non-toxic, noiseless and economical.

Moscow, Russia.- River transport, along with other types of public transport, affects the environment and the health of the inhabitants of the capital. Therefore, the world’s first electric year-round vessels, which the city launches in the summer, will be 100% non-toxic, noiseless and economical. The unique charging system right at the berths will work during stops. The batteries have a long service life – more than 200 km of work, – said Maxim Liksutov, Deputy mayor of Moscow for Transport.

According to Liksutov, in order for the capital not to suffocate from exhaust emissions, the city buys electric buses, expands kicksharing networks, creates new hubs and charging stations for electric cars. «Moscow Mayor S. Sobyanin instructed to support the development of electric transport to improve the environmental situation in the capital. Regular river transport – electric trams, silent and absolutely harmless to the environment. An increase in electric transport in Moscow will significantly reduce emissions, and further development of infrastructure will make it more popular among residents”, – he said.

The deputy mayor for transport added that many pleasure boats on the Moskva River are not environmentally friendly due to diesel engines. «We will start to control this: private ship owners will have to make their fleet more quiet and harmless to nature and people», – he said.

Large cast of favorites in the Catalan Cup 2022

Sat Apr 30 , 2022
4-29-2022). A few hours before the start of the fifth edition of the Catalan Sailing Skate Cup, which will be held at the Badalona Swimming Club (senior category) and at the Patí Vela Barcelona Club (junior category) this weekend, the number of registered overall is close to 60 sailors. Since […] 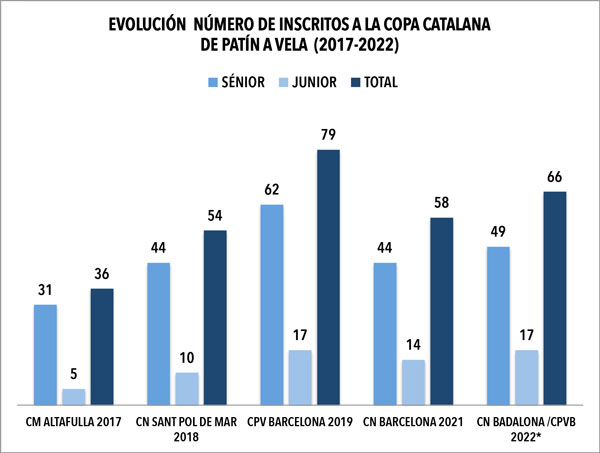