(15-6-2022) The City Council of Reus submits, to a public consultation, the draft regulation of the public bicycle service. The document includes the idea that bikes can be used between 8 and 22 hours and includes up to six different rates.

The inhabitants of Reus will be able to give their opinion, through the Transparency Portal of the City Council of this municipality, on the regulation project for the use of public bicycles. The consistory has opened a public consultation prior to the implementation of the shared bicycle service so that all the people, organizations and entities that consider it can make the appropriate considerations.

Reus seeks, in this way, to make citizens participate in the general conditions of use of this service, which will be applicable to the operating company that provides this service and to the people who use it.

The document is structured in 28 articles distributed in six sections: general provisions (the object and scope of application of the regulation and the management of the service); public bicycle service (establishment, organization and operation; type of rates, registration and cancellation of the service and its operation); rights and obligations of users; obligations of the operating company; sanction regime and modifications of the regulation.

According to the proposal prepared by the City Council, the idea would be that the bikes could be used between 8 am and 10 pm at night. To register, it will be necessary to be over 16 years of age, although until 18, authorization from parents or guardians will be required to formalize the process.

The management of the bikes will be done through a mobile application and its use will be restricted to the municipality of Reus. The proposed sanctions range from the blocking of access to the service to the payment of penalties, in addition to other possible claims within the jurisdiction.

The municipal company Reus Mobilitat i Serveis published yesterday, Tuesday, June 14, the tender for the three lots of the shared bicycle project that have been deserted with the tender published last April: the reform of the premises where the workshop of the bicycle service; civil works for the installation of stations and anchors; and the provision of bicycles. The three contracts have been published in separate tenders.

The one for the supply of bicycles has been republished with a modification in the specifications, with a change that affects the type of gear change proposed that, as a result of the global supply crisis, has difficulty being found on the market . The new specification expands the type of gear changes with models that, a priori, do not have supply problems in the market.

The shadow war between Israel and Iran extends to Turkey

Wed Jun 15 , 2022
Information board at a military post in the Golan Heights. / AFP With the death of two responsible for the aerospace program, there are already six Iranians killed in strange circumstances in less than a month, all of them linked to the military wing of the regime The shadow war […] 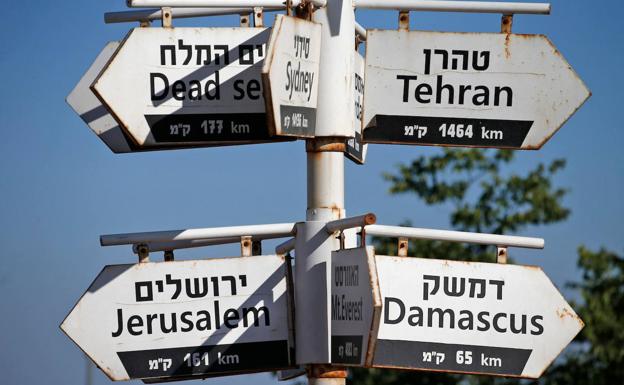