The FII Rio Bravo Renda Residencial (RBRS11) signed, this Friday (22), the term for receiving the keys to the 81 apartments of the Urbic Sabiá development, in the neighborhood of Moema, south zone of São Paulo (SP).

With the delivery, the guaranteed income mechanism of the units ends – a resource that the fund receives from the construction company during the construction period and which, later, is passed on to the shareholders as dividends.

As of August, the generation of real estate revenue referring to the property will come only from the rental of the units.

As the store in the building has not yet been delivered to the fund, the guaranteed income from the space – in the amount of approximately R$ 21 thousand per month – will be maintained until the signing of the term for handing over the keys.

Rio Bravo Renda Residencial has already disbursed R$ 39.6 million for the property, remaining expenses related to the deed of the building and delivery of the Urbic Sabiá store, the second property in the portfolio to have the development completed.

According to a statement to the market, the management of the property will be carried out by Nomah, which specializes in long and short stay (short and long-term) leases in residential buildings, and by Casai, a hosting startup that arrived in Brazil in 2021.

“The fund’s strategy in working with two operators in the property is to diversify the leasing operation”, highlights a relevant fact disclosed by Rio Bravo Renda Residencial. “The option minimizes the risk of concentration in a single operator and makes it possible to increase the reach in the search for tenants”, completes the text.

Rio Bravo Renda Residencial started in September 2020 and currently has an equity of R$138 million, according to a management report released this month.

In addition to Urbic Sabiá, the fund’s portfolio also includes Urbic Vila Mariana – already in operation – and Cyrela For You Paraíso – under construction. The three buildings are located in the south of the city of São Paulo and, together, total 396 apartments, in addition to the Urbic Sabiá store.

Still influenced by the guaranteed income of the newly delivered building, this month the fund deposited R$ 0.60 per share, equivalent to a monthly return of 1.03%.

Consolidated in other countries, the segment focused on rental income from residential properties is not widespread in Brazil and is still working to gain the trust of specialists.

With the experience of someone who has lived on dividends from real estate funds since he was 33 years old, André Bacci still considers himself pessimistic about residential income FIIs.

“It is consolidated in other countries because the interest rates there are more civilized”, evaluates the investor. “It’s a sector that works when interest rates are low, which is currently not the case in Brazil,” he says.

From the beginning of 2021 onwards, the basic interest rate of the national economy, the Selic, rose from 2% to 13.25% per year, the highest level since December 2016.

In an interview with the program League of FIIsproduced by InfoMoneyBacci said that the residential segment for income operates with high costs and even started in Brazil in the middle of the Covid-19 pandemic.

“Most residential funds have depreciated since their creation. Some are leveraged and cannot finish the work”, he points out.

Thiago Otuki, economist at Clube FII, follows the same line and highlights the difficulty of evaluating the sector without a large historical series.

It conditions the success of the portfolios to a very specialized management for the leasing of apartments and the income from other services in addition to the rental of the units.

Discover the step-by-step guide to live off your income and receive your first rent in your account in the next few weeks, without having to own a property

Sat Jul 23 , 2022
The Graham family and their 13 month old baby. Andrew and Stephanie Braham/James D. Morgan via Getty Images A young family wanted to fly from Rome to Bangkok. However, the Australian airline Qantas has rebooked the family. The 13-month-old baby was booked on a different flight than the parents. The […] 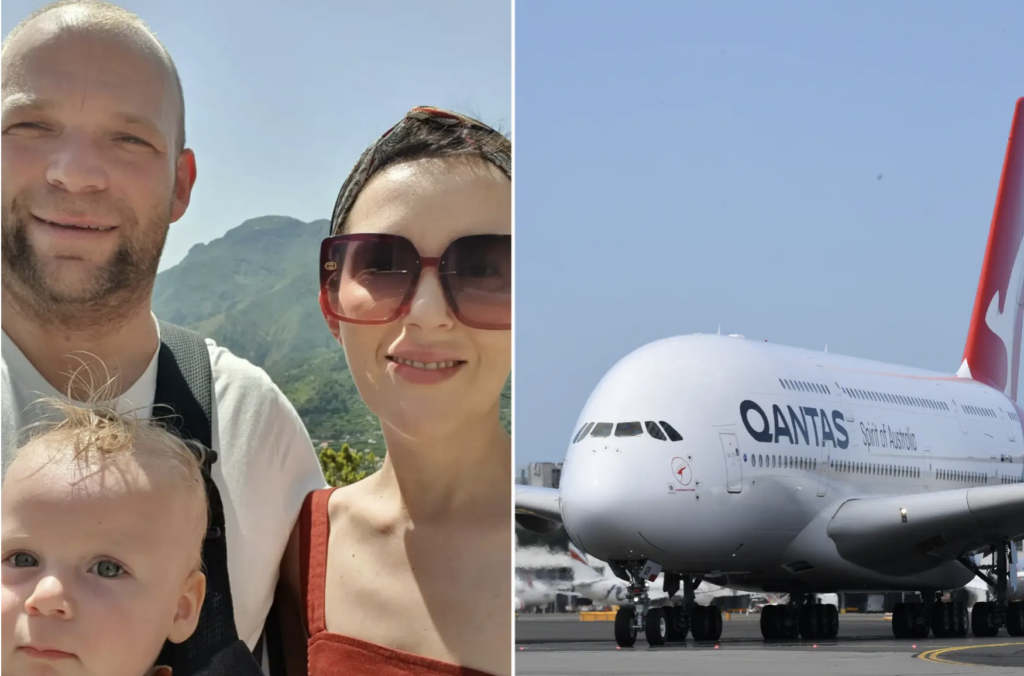