(24-5-2022). Real Madrid remains the strongest and most valuable football club brand in the world with a value of €1.525M and an elite brand strength score of 94 out of 100. For its part, FC Barcelona remains in the podium of the world leaders by brand value, although it falls to third position, surpassed by the now runner-up Manchester City FC.

Real Madrid remains the most valuable football club brand in the world and now also the strongest with a value of €1.525 billion and an elite brand strength score of 94 out of 100 according to the latest ranking by consultancy Brand Finance that analyzes the 50 football club brands in the Brand Finance Football 50 2020 report. LaLiga clubs are the second fastest growing in brand value. Eight of them are present in the 2022 ranking.

The managing director of Brand Finance Spain, Teresa de Lemus, has declared that “a valuable brand attracts sponsorships that facilitate the signings that improve the competition and, therefore, increase the number of spectators who become authentic fans”.

Every year, the Brand Finance consultancy analyzes 5,000 of the most important brands and publishes around 100 reports, classifying brands from many sectors and countries. The 50 most valuable and strongest brands in the football industry are included in the annual Brand Finance Football 50 ranking.

This valuation, generated by professional accountants in accordance with ISO brand valuation standards, identifies the net economic benefit that a brand owner would derive from licensing the brand in the marketplace.

Real Madrid FC (19% increase in brand value to €1.525m) has achieved a rare double by retaining its title as the world’s most valuable football club brand for the fourth consecutive year and winning, for the first time this year also the title of the strongest football brand in the world. Real Madrid have added the pair of titles to their assortment and extensive catalog of titles after a season in which the team won the league, and reached the Champions League final.

The increase in the value of the Real Madrid brand this year was driven by a combination of factors: an improvement in its brand strength and a positive revenue trajectory.

This is a strong and promising reversal of the 10% drop in brand value it suffered last year, due to COVID-19 uncertainty and weaker fan sentiment fueled by a looming European Super League.

FC Barcelona remains on the podium of the three most valuable in the world but this year it falls from second to third position despite increasing its brand value by 5%. With an increase in brand value of 19%, Manchester City FC snatches second place just €2m apart. (1,327 and 1,325 million euros, respectively).

Almost a year after Messi’s departure, the Blaugrana club begins the year without resources and a significant lack of liquidity, doubling its debt to 488 million euros. To solve it, he has resorted to bank financing, reaching an agreement with Goldman Sachs so that the US financial institution will inject 500 million euros, which will be used, among others, for the Espai Barca project to remodel the surroundings of the Camp Nou and signings. It has also closed a sponsorship deal with Spotify that will give the Camp Nou its name, and will appear on the front of the men’s and women’s team shirts from June 1, 2022 and for the next four seasons.

For its part, with an increase of 30.2% in brand value, the rojiblanco club is the third most valuable of the Spanish clubs and rises one position to 12 in the international sector ranking. The highest score among those surveyed in our studies goes to its fans, which is that it is above all perceived as a club with passionate supporters.

The least valued is also the sustainable character and environmental concern and, the respondents recognize that their favorite players do not play in it.

The rojiblanco club is, after Real Betis, the second club that has recovered better from the impact of COVID in terms of brand value recovery. It has grown 23% since 2020.

The 8 LaLiga clubs included among the most valuable have jointly increased their value by 18% compared to 2021. The Premier League is the league with the most clubs in the ranking, a total of 18, whose joint brand value is this year 15% higher as well. The Italian Serie A has 7 clubs this year, one more than last year and as a whole they have increased an impressive 43% in brand value. The 3 club brands that France contributes to Ligue-1 rise, like the English, by 15% in value. Only the Portuguese club from the Portuguese League and the Germans from the German Bundesliga, which has 11 clubs, have lost value compared to 2021, -12% and -4% respectively. 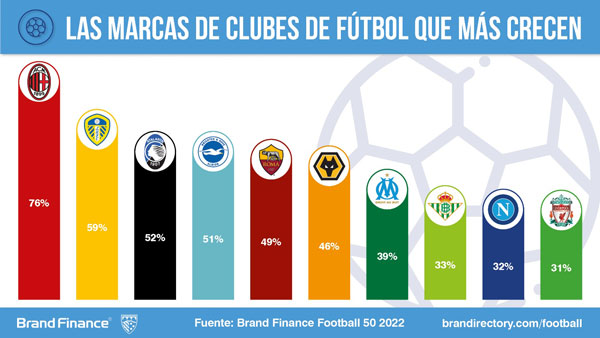 Tue May 24 , 2022
Children board a school bus as police personnel patrol the area of ​​the shooting. /REUTERS Local authorities confirm that the suspected shooter has been killed At least 16 people have died this Tuesday, including 14 students and a teacher, in a shooting at a school in the town of Uvalde […] 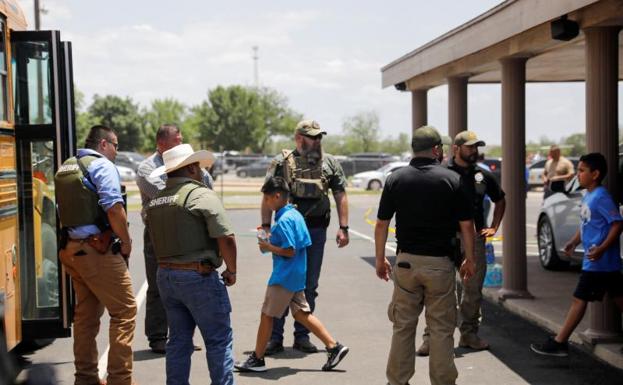