Rafael Ruíz, on the right, winner of the Smile 2022 Trophy, an initiative promoted by skater Carlos Toro.

The Smile 2022 trophy was made up of five races disputed, on August 6, at the so-called Buzo beach in the Bay of Cádiz, on windward-leeward courses with two laps and an approximate duration of 25-30 minutes. The prevailing wind was a westerly wind that shifted from heading 255 to 280, with heading 265-270 being the most maintained. The average intensity of the wind was around 12 knots, with some gusts of 14 knots. In total, 16 sailors took part.

Of the five races held, the one with the most victories was Rafael Ruíz, who won the second and fourth. The other tests registered triumphs of José María Alarcon, the first; Ramón Calero, the third; and Alfonso Merello, the fifth. The winner of last year’s Smile Trophy edition, José Vicente Climent, did not have a good day and the best results he achieved were two second places (in the first and fifth race).

The first classified in category A2 was Manuel Caro, also from Club Vela Bahía de Cádiz, who was classified tenth overall. The winner of category B was Angel Ruíz, from the Real Club Náutico del Puerto de Santa María, who finished eighth overall.

After the tests, the sponsor, with Carlos Toro as the visible head, entertained the fleet with a great seafood meal on the asphalt beach, followed by the delivery of trophies, with prizes such as cheeses, wines, electric toothbrushes and “pot of turnips” .

All attendees received their pin from the ‘Amigos de los Nabos’ Brotherhood. From Sapav they have valued the competition as a “magnificent regatta”, since they have thanked its predecessor, Carlos Toro, for the organization and sponsorship of the trophy, encouraging him to repeat a new edition of the Smile Trophy next year and the following ones.

Fri Aug 12 , 2022
The governments of Brazil and South Korea signed a memorandum of understanding to join efforts in favor of attracting a chip and semiconductor factory to be installed here. The negotiations revolve around Samsung, one of the world leaders in the segment. The information was shared by the Minister of Communications, […] 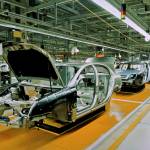