SAO PAULO – After an above-expected result in the first quarter, when the Gross Domestic Product (GDP) rose 1.2%, economists expect the performance data for the Brazilian economy to come in more modest for the period from April to June this year. The numbers will be released this Wednesday (1), at 9 am (GMT), by the Brazilian Institute of Geography and Statistics (IBGE). The expectation of economists consulted by the Refinitiv consensus is for a 0.2% increase in economic activity in comparison with the first quarter, although with a 12.8% increase in the annual comparison basis, at the height of the impact of restrictive measures due to the coronavirus pandemic. There are, however, those who see a better performance, and even more pessimistic economists with the data to be released this morning. reduced growth projections for the Brazilian economy. According to the most recent Focus report by the Central Bank, GDP should expand by 5.22% in 2022 – in the third consecutive downward revision. XP, for example, expects a modest growth of 0.3% of GDP in the second quarter, on a quarterly basis, and 13% year-over-year. “If our estimate is correct, the statistical carry effect for GDP growth in 2022 will be 5.2%. In addition, the Brazilian GDP would be 0.3% above the level registered before the pandemic (fourth quarter of 2019)”, writes Rodolfo Margato, XP economist, in a report. measures of social isolation in the midst of the pandemic, more than offset the weak performance of industry and agriculture in the period. This is because the breaks in the coffee crops (the main downward contribution in the period), sugar cane and corn came above the expansion of the soy crop. On the demand side, the economist at XP expects favorable results in all components, considering the 1.2% expansion in household consumption compared to the previous quarter, as well as the growth in Government consumption, reflecting the partial normalization of the provision of public services, such as health and education. in the second half of the year, XP expects an expansion of 5.5% of the GDP this year. For next year, the house attributes a downward bias, of an expansion of 2.3% of the GDP, mainly due to the deterioration financial conditions in recent weeks. The forecast for the second quarter of 2022 GDP is similar, up 0.3% compared to the previous quarter. The interannual variation should be 12.3%, according to the bank. In line with the average of Refinitiv’s projections, Credit Suisse expects a growth of 0.2% of the Brazilian GDP on a quarterly basis. In the annual comparison, the expectation is an acceleration of 12.8%. According to Credit, the strong increase in annual terms would be driven by the low base of comparison due to the pandemic in 2020. On the supply side, the bank expects strong quarterly growth in services in the second quarter, due to the reopening of the economy in May and June. On the other hand, from the perspective of demand, the team expects a resumption of consumption by families and the government. According to Credit, there should be a generalized growth in all categories in the annual comparison. “Over the next quarters, we expect the economic recovery to continue, with an average GDP growth of 0.5% in the second half of 2022”, writes Credit Suisse.Finally, Bradesco expects GDP growth of 0.1% in the second quarter compared to the first three months of 2022. Expectations point to an expansion of 5.2% of the economy in 2022 and 2.2%, in 2022.

There are those who are less optimistic

With a more negative view than that adopted by other houses, Morgan Stanley estimates a contraction of 0.1% of GDP in the quarterly comparison. by a payback from inventories after the positive surprise recorded in the first three months of the year. In addition, emergency collections resumed in mid-April should support the recovery of private consumption”, write the economists. Looking ahead, Morgan sees the economic reopening contributing to higher growth in the second half of this year, supported by a lower number of cases and deaths from coronavirus. “As schools reopen and consumers feel safer to return to entertainment venues and malls, we expect a non-linear improvement in labor market numbers, where recovery has been slower in the Brazil”, writes Morgan Stanley.

Main risks on the horizon

Among the main risks on the horizon, which should be on the market’s radar, XP highlights the persistence of inflationary pressure, which may imply a smaller mass of real income available to families and a tighter monetary policy. The current water crisis and the growing probability of some type of electricity rationing in the coming quarters should also be closely monitored. Also worthy of attention is the dissemination of the delta variant of the coronavirus and, with it, a possible more accentuated slowdown in the global economy.To understand how to trade in the stock market through technical analysis, sign up for the free course A Hora da Ação, with André Moraes.

Wed Sep 1 , 2021
Hulu is one of the most popular on-demand subscription services in the worldFrom time to time, this platform may teach performance problems under various causes, which are classified according to the number that accompanies them, so that they are easier to solve.We review three of the most repeated error codes […] 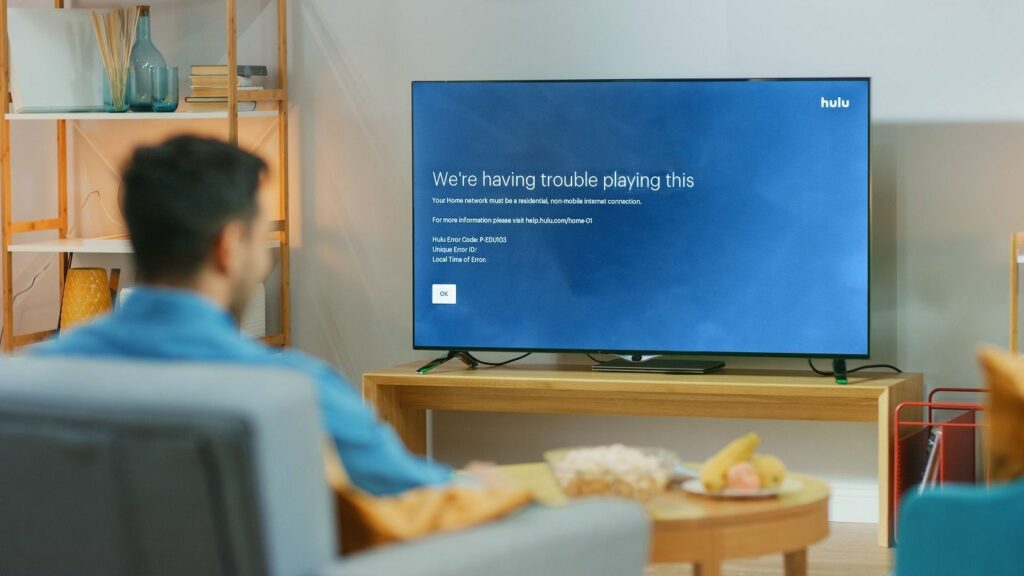