Vladimir Putin, this Monday during the meeting of the Russian Security Council. /Reuters | Video: EP

The Kremlin admits the relevance of a decision that distances dialogue and assumes that the pressure from the West “will be unlimited, but we know how to resist”

In a message to the nation broadcast on television, Russian President Vladimir Putin yesterday recognized the rebel republics of Donetsk and Lugansk as independent states. Shortly after, he ordered his Armed Forces to enter both enclaves that Ukraine still claims as its own, with a supposed “peacekeeping mission”. The question is whether they will remain only in the part of the two provinces controlled by the rebels or, on the contrary, will even penetrate the rest. In any case, the possibility of direct armed clashes between Russian and Ukrainian troops in the area is not exactly small.

In his partly expected but no less feared announcement, Putin argued that “modern Ukraine was created entirely by Bolshevik Russia.” He called Lenin “Ukrainian author and architect” and recalled that the neighboring country then benefited from “gifts to Ukrainian nationalism from territories historically belonging to Russia” such as, according to him, Donbass, which was “jogged into Ukraine.”

He then reiterated that the Maidan revolt, which culminated in February 2014, was a “bloody coup” orchestrated by the West that “did not bring democracy” and once again denounced the threat that Ukraine’s entry into the EU would pose to Moscow. NATO. The head of the Kremlin, in his argument already known in this crisis, again accused Kiev of refusing to comply with the Minsk agreements and generating the “critical” situation in Donbass.

Hours earlier, the leaders of the two separatist republics of Donbass, Denís Pushilin of Donetsk, and Leonid Pásechnik of Lugansk, had asked the Russian president to recognize their respective territories as independent and to sign military cooperation agreements with them. The Kremlin did the same in 2008 with the breakaway Georgian provinces of Abkhazia and South Ossetia, in which the Russian Army was immediately deployed. And something similar happened when Moscow annexed Crimea in 2014.

So, as if it were a perfectly coordinated theatrical script, Putin’s Security Council met afterwards to allegedly “study” the separatist leaders’ request. The open part of the session of this presidential body was broadcast live, which gives an idea of ​​the magnitude of the propaganda gesture deployed to justify an official decision that will further aggravate tensions with Ukraine and the West.

In the speeches, the most explicit was the former Russian president and former head of government, Dmitri Medvedev, who pointed out that “we know what will happen if the self-proclaimed republics of Donetsk and Lugansk are recognized: the pressure will be unlimited but we know how to resist.” In his opinion, “the West will ask to return to dialogue on strategic security after some time if Russia recognizes Donbass, as happened after 2008” with South Ossetia and Abkhazia.

Roadmap. According to the rebels, the next steps would be the signing of military agreements and bringing Russian troops to Donetsk and Lugansk.

solemn declaration. The president staged a meeting of the Security Council to make his announcement on television

For her part, the president of the Federation Council (Upper House of the Russian Parliament), Valentina Matbiyenko, stated that “the threat of sanctions is something painful and unpleasant, but the time has come to make a decision that cannot continue to be postponed. ». According to her, “the inhabitants of Donetsk and Lugansk have become hostages of a Western project to confront two brother Slavic peoples”, Russians and Ukrainians.

Dmitri Kozak, a member of the Kremlin Administration and Russia’s representative in the so-called contact group negotiating the implementation of the Minsk agreements, said that “Ukraine and its Western allies do not need Donbass under any circumstances.” According to him, «the negotiations of the Minsk agreements have been at zero level since 2015».

Just a week ago, the Duma (Lower House of the Russian legislative body) overwhelmingly approved a resolution urging Putin to recognize Donetsk and Lugansk as independent states. In the face of their possible subsequent annexation or turning them into Russian protectorates. That same day, the top Russian leader described the action of the Ukrainian Army in Donbass as “genocide”.

Putin informed his French counterpart, Emmanuel Macron, and also the German Chancellor, Olaf Scholz, by telephone yesterday of the decision to recognize Donetsk and Lugansk, who warned him that this was a “unilateral rupture” of the Minsk agreements. For this reason, the planned summit between Putin and US President Joe Biden – which, according to Macron, should be soon – will most likely be cut short in the end.

The Kremlin’s own spokesman, Dmitri Peskov, said in this regard that “there are still no concrete plans on a possible meeting between presidents.” In his opinion, “it is now understood that contacts between the Russian Federation and the United States will continue at the level of foreign ministers”, Sergey Lavrov and Antony Blinken, who plan to meet this Thursday in Geneva, although it also remains to be seen if this appointment will come to be celebrated.

The US yesterday announced sanctions against Ukraine’s breakaway regions and warned that more measures were ready if necessary. Biden will issue an executive order to “prohibit new investment, trade, and financing by Americans from, to, or in” Donetsk and Luhansk.

In turn, Macron called for an urgent meeting of the UN Security Council and the adoption of targeted European sanctions against Russia. His secretary general, António Guterres, called Moscow’s decision a “violation of Ukraine’s sovereignty that goes against the principles of the United Nations Charter.”

Tue Feb 22 , 2022
Data analysis tools are essential in these times, but that does not mean that we can all quickly figure out which ones are best for us, and why prioritize themWe analyze some of the best platforms and instruments available today in data analytics, how they work, and what benefits they […] 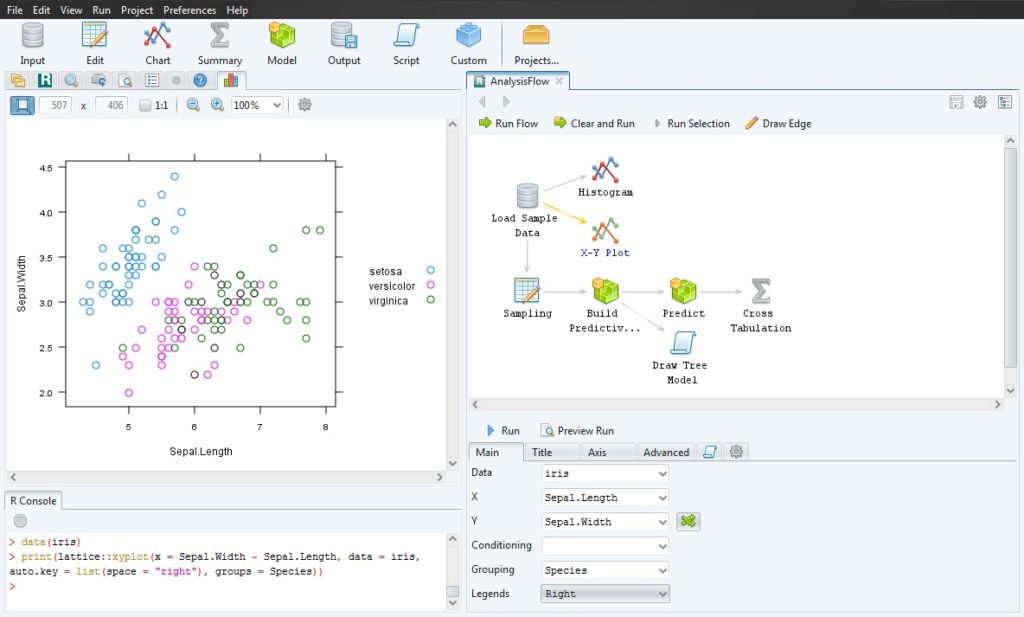