It responds to the delivery of missiles announced by the US after the new shock to the Ukrainian capital, which had not been attacked since April 28

A succession of explosions, the strident sirens and the trail of dense clouds of black smoke in the sky. The shocks returned to kyiv in the form of Russian missiles. It had been more than a month since the Ukrainian capital had not been directly subjected to the stress of the invader’s attacks. But in the early hours of Sunday it was shaken again -although without causing fatalities-, from Tupolev Tu-95 bomber planes that apparently were flying over the Caspian Sea area.

The aggression came as Ukraine seems to be regaining ground in Severodonetsk, the city that would give the Kremlin Army the key to the conquest of all of Lugansk – or, at least, slowing down the incursions that, until the weekend, seemed overwhelming. And coinciding with the warning that Vladimir Putin launched in a televised interview about the consequences for the West of supplying long-range rockets to the Government of Volodímir Zelenski.

Western supplies. If long-range rockets are given “we will attack targets that we have not hit so far”

Severodonetsk. The strategic city is split in half again, with the eastern part under Russian control

The projectiles this Sunday hit at about six in the morning north of the capital. “One injured person was hospitalized. The services continue to function in the affected areas, ”they assured from the General Staff of Ukraine, which quantified their number at five, although specifying that it had managed to destroy one of those rockets when it was flying over the Obukhov district.

From there messages and countermessages. While the local authorities argued that the objective was to cause significant damage to the railway line -even suggesting that a missile had flown very close to nuclear facilities-, Moscow emphasized a supposed surgical success.

Its Defense Ministry congratulated itself on having managed to destroy an unknown number of T-72 tanks and other armored vehicles that were delivered as reinforcements to Ukraine from various Eastern European countries. And that they were inside a ship destined to repair train cars.

kyiv had not received any impact of these characteristics since the barrage on April 28 – coinciding then with a visit by the Secretary General of the United Nations, Antonio Guterres. That day one of the projectiles hit the house of the Ukrainian journalist Vira Hyrych causing her death.

This Sunday there were no victims. But the feeling was reinforced that the Kremlin may not have as limited its objectives as it might seem. And to make it clear, Putin returned to the scene. Hours after the coup in the Ukrainian capital, excerpts from an interview that was to be broadcast last night on the government channel Rossiya-1 were broadcast. The autocrat launched that if Ukraine receives long-range missiles “we will draw the appropriate conclusions and use our weapons (…) to attack targets that we have not attacked so far,” he declared without going much further. The opportunity of the message gave for many interpretations. But it was clearly aimed at Washington, which earlier this week announced that it would provide advanced rockets (albeit with limited medium range) to Ukraine.

The return of the missiles to the capital – together with the intensification of street fighting in the East – also intersected in recent hours with the verbal confrontation between Paris and kyiv. Emmanuel Macron had once again publicly advocated “not humiliating Russia” when all this is over. He even extolled the mediating role that France can play at that time. Words that bothered in Ukraine. And to which Foreign Minister Dmytro Kuleba responded with unusual acidity: “Calls to avoid the humiliation of Russia can only humiliate France and all the other countries that ask for it.” “It is better that we all focus on putting Russia in its place,” he added.

The front where the most intense fighting is taking place (in the east and south of the country) left new civilian deaths. At least three people were killed and four more were injured in Mikolaiv, according to local authorities. And meanwhile, in the strategic city of Severodonetsk, the Ukrainian counterattacks would have managed to gain more ground. Serguei Haidai, governor of Lugansk province, drew a city divided in two, with the eastern part under the control of the invader. “The situation is still very difficult,” he stressed. A thesis, that of the ‘reconquest’ that British intelligence endorses in its latest update: Ukraine “is attenuating (in the area) the operational drive of Russian forces.”

Mon Jun 6 , 2022
Yoofit Boutique Gym Experience presents a multi-boutique sports center concept with an area of ​​8,300 m2, and one of the largest cardio rooms in Spanish fitness. (3-6-2022). The Yoofit Boutique Gym Experience multi-boutique sports center has been named the best gym of the year in Spain by the Healthy Places […] 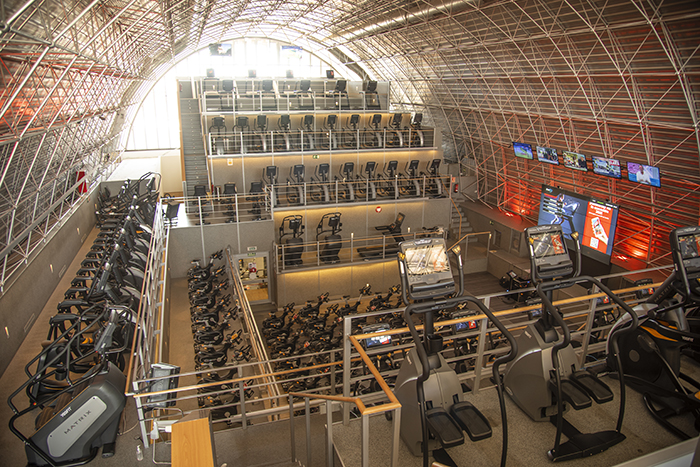