Petrobras (PETR3;PETR4) highlighted in a statement that this Wednesday (31) it will pay the first installment of the remuneration to shareholders approved by its Board of Directors at a meeting on July 28. At the time, the company approved a total of R$ 87.8 billion in dividends for the second quarter, a quarterly record.

The gross amount distributed today corresponds to dividends and interest on equity (JCP) of R$ 3.366002 per outstanding common and preferred share, based on the shareholding position on August 11, 2022, of which R$ 2.938 in dividends and R$ $0.427 in JCP.

On the amount corresponding to JCP, withholding income tax will be levied at 15%, except for shareholders whose registration data prove their condition of immune, exempt or shareholders domiciled in countries or jurisdictions for which the legislation establishes different treatment.

The second installment, of R$3.366 per share, will be paid on September 20, in full via dividends.

Data from the 35th edition of the Janus Henderson Global Dividend Index, published first hand by InfoMoneyshowed that Petrobras became the largest dividend payer in the world in the second quarter of 2022 by distributing US$ 9.7 billion in dividends.

The manager’s report quarterly analyzes the 1,200 largest companies in the world by market capitalization, which represent 90% of dividends paid globally. The British asset manager has around US$300 billion in assets under management.

This was the first time that Petrobras appears among the highlights and, according to Janus Henderson, it is likely to be on the list of the world’s largest payers in 2022, to be released in early 2023.

Dividend Handbook: Sign up and learn from XP’s Chief Strategist a simple and powerful strategy to live off your income

Wed Aug 31 , 2022
Dow Jones recovery ended Rising oil prices fuel fears of inflation 06/08/2022, 11:00 p.m Investors are awaiting clear directional signals that inflation is slowing down. But rising energy prices continue to worry them. Trading apps like Robinhood fear for their business model because the US Securities and Exchange Commission wants […] 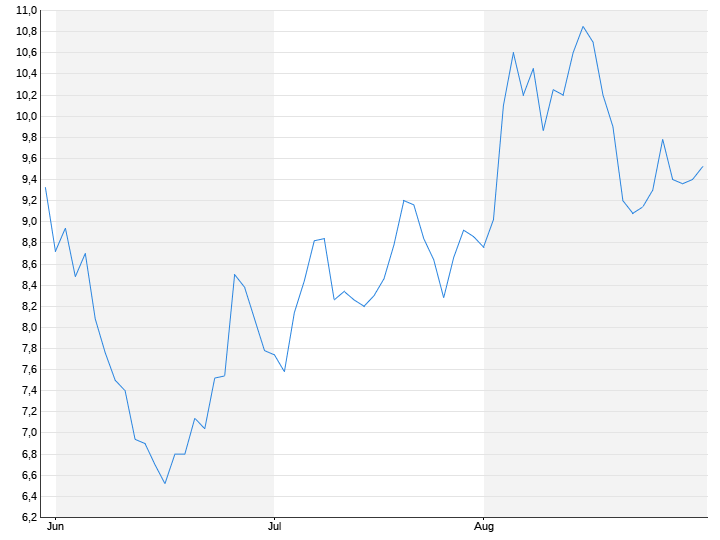