This rural teacher, who campaigned with a pencil, has spent his first six months in the presidency of Peru. His Executive chain four remodeling, the last one because of an abusive prime minister 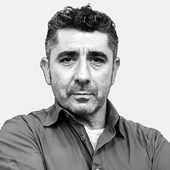 One cannot avoid the temptation when seeing him ‘crowned’ with that large palm straw hat, to imagine the boy who played cowboys, only in the face of danger. Nor the feeling that now, raining stones, he needs it more than ever. Pedro Castillo, president of Peru since June 6, seems at the mercy of the elements. The man who promised his fellow citizens “not to disappoint them” with his “government of the people” has chained four executive reshuffles in just six months. Weighed down by the meager victory he garnered against Keiko Fujimori, he has not known a moment of rest. It is something more than the piñata against which the furious attacks of the right crash. At the end of July, an earthquake measuring 6.1 on the Richter scale forced him to abandon the parade of the armed forces on Independence Day and submerge himself in the rubble. Since then, that has been the metaphor of his mandate.

The headlines that have appeared since his election evoke a true descent into hell. “The election of the prime minister of the toughest wing of Peru Libre unleashes tensions (Guido Bellido would end up being relieved)”. “Crisis in the government of Peru due to the resignation of the Foreign Minister”. “Offices of the president’s party raided in the framework of a money laundering investigation”. “The Prosecutor’s Office investigates the Minister of Defense for alleged pressure to promote officials related to the government.” “The Peru Libre party breaks with Castillo”. “Castillo dismisses his prime minister Mirtha Vázquez”. And a week later, “Héctor Valdez (his replacement) resigns due to the accumulation of complaints of family violence.” A party, come on.

Let’s recap. Pedro Castillo, 52, was a rural teacher and union leader before he allowed himself to be swept away by the siren songs of politics. Of illiterate parents and the third of nine siblings, he traveled with his father throughout Peru to perform seasonal jobs, without giving up selling newspapers or ice cream with which to pay for his studies. He has been a primary school teacher, the same occupation as his wife, Lili, whom he has known since adolescence and with whom he has two children. Well, three, because he adopted his wife’s little sister who has always been part of the family.

With his ‘chotano’, the emblematic hat of Cajamarca, his poncho and sandals made with old tires, it is not surprising that Pedro likes to refer to himself as “the first poor president of Peru”, who knows if he was also influenced by his admired Mugica. But do not imagine a progressive to use. The man who cites Lenin and Castro in his government program when referring to the need for the State to regulate the media and even the content they broadcast, is a convinced Catholic and devoted to Our Lady of Sorrows, and therefore therefore contrary to the legalization of abortion, euthanasia and same-sex marriage.

Castillo became known back in 2002, when he ran unsuccessfully as a candidate for mayor of Anguía through the ranks of Peru Possible. He had also been a ‘rondero’, as peasants enrolled in community organizations to combat crime are known. But it was not until 2017 that his popularity skyrocketed, as he led the strike demanding higher pay for teachers and an increase in education budgets.

“Poor in a rich country”

When he ran for the 2021 elections, Castillo did so shouting “No more poor in a rich country,” armed with a huge pencil and his iconic hat. Many thought they saw in him a kind of ‘Lula of the countryside’. He did not have an easy mission ahead of him. With the exception of Francisco Sagasti, the interim president who, at the age of 76, had offered to serve as a vehicle for an orderly transition, the last six tenants of the Government Palace in Lima had left their functions through the back door.

Against all odds, he managed to sneak into the second round with 16.6% of the votes, which gives an idea of ​​the atomized electoral landscape in the country. Despite this and the fierce opposition of Keiko Fujimori – who came to raise 943 appeals against the victory of his rival – Castillo emerged victorious in the contest with 50.13% of the votes. It was, possibly, the last reason for his satisfaction.

“There are concepts beyond the reach of a village teacher,” says the one who was until a few weeks ago his Minister of Economy

The former trade unionist has proposed to write a new Constitution, generate a million jobs and that the country regain control of its energy and mineral wealth, which has caused concern among the same businessmen who ended up turning their backs on Fujimori. But his attempts have not gone beyond mere wishes, with a fairly fragmented Congress that is unfavorable to him, volatile public opinion and a difficult economic context.

Castillo has tried to restore calm to the social agents, denying that his is a government of Chavistas or communists. “We have not come to destabilize the country. We will not carry out expropriations, nor nationalizations, nor an exchange control system that prevents you from buying and selling dollars,” he said in July through the mouth of his former Economy Minister, Pedro Francke, whose election had been understood as a bet on the moderation.

Seven months later, Francke has submitted his resignation and criticizes Castillo’s lack of strategic direction, of whom he says “has some difficulty in assimilating arcane economic concepts that may not be within the reach of a village teacher.”

Sat Feb 19 , 2022
Last January, there were still more than 4,000 employees in the sports, recreation and entertainment sector affected by an ERTE due to covid (18-2-2022) Gyms and companies in the sports sector that still have personnel affected by ERTE will have one more month, until March, to adapt their situation to […]