PODIUM. The 2022 Spanish champion, senior sailing skater, Peco Mulet, flanked by Oriol Castelló on the left, who has collected the prize from the Spanish runner-up, Jordi Aránega; and, to the right, Julián Vinué, third classified.

(17-4-2022). The Mallorcan Peco Mulet, from the Club Natació Badalona, ​​has won the 2022 Spanish championship for senior sailing. Twelve years ago he won his first state title. In the only test concluded today, the winner was Oriol Castellà. After him came Peco Mulet, second, and Jordi Aránega, third.

Peco Mulet has added today his second title of champion of Spain of senior sailing skate in his land. The Mallorcan sailor has concluded the dispute of this championship with a score, after discarding, of eight points, just one less than the runner-up, Jordi Aránega, who, with 9 points, has won his second consecutive runner-up in Spain, since he already conquered said award in the dispute for the title of the same name last year organized by the entity in which he plays, the Club Marítim Cubelles.

Peco Mulet, skipper of ‘Genebró’, has achieved the championship achieving a first, two seconds and a third. He has discarded a twenty-sixth, a place that he registered in the first test of the day yesterday.

For his part, Jordi Aránega, has achieved a first, a second and two third places. He has ruled out a twentieth.

Third place went to Julián Vinué, from Club Nàutic Sitges, who registered a score of thirteen points, after taking first, third, fourth and fifth. This is the first time that the ‘Pressiosso’ skipper has reached a podium position in an absolute Spanish Championship.

Oriol Castellá has been the winner of the only test concluded today. The sailor from Club Vela Sant Antoni has shown his new status as a ‘ventolinero’ in this championship, because yesterday, whose two sleeves were run with a wind of about 6-7 knots, he won a double of second places .

Castellá today seemed willing to improve on his mark from yesterday, since after being the first to cross the finish line of the first round carried out with a wind of about 6-7 knots, in the second test he was in the lead when the committee decided to cancel, at the beginning of the second beat, the test due to the fall of the wind. At the time the test was cancelled, behind Castellá were Joan Pedemonte, from Club Patí Vela Barcelona, ​​second; Jordi Aránega, from Club Marítim Cubelles, third; Adrià Gabarró, from the Badalona Swimming Club, fourth; and Pere Crespo, from Club Natació Badalona, ​​fifth.

Some skippers have lamented the half-hour wait between one race and the next due to having to wait for a ferry to pass, arguing that “without that wait, the second round would probably have been possible”.

Despite this, Oriol Castellá, five-time champion of Spain in skate sailing, has garnered fourth place overall in the dispute for this state title, with 15 points. The fifth was Adrià Gabarró, from Club Natació Badalona, ​​with 22.

If Peco Mulet has won her second Spanish championship today, twelve years after winning the first at Club Marítim Altafulla in 2010, Anna Pujol has added another new title of Spanish women’s champion to her long list of state titles.

Peco Mulet has acknowledged feeling “very happy and happy” for this brand new title and has announced that “more will come”. 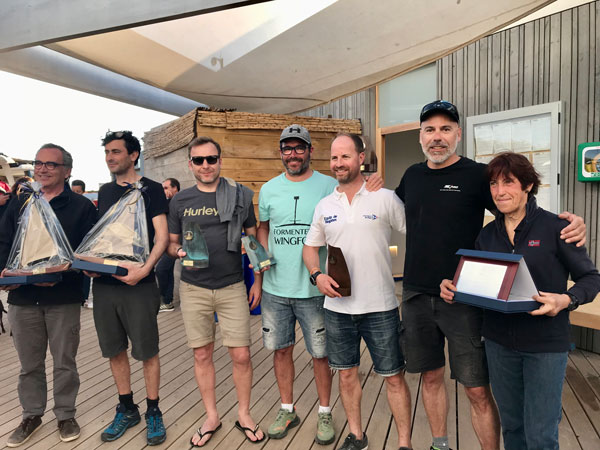 For his part, Quim Esteba, from the Club Nàutic Tamariu, has been the champion of Spain for veterans, while Koki Roig, from the Club Natació Badalona, ​​has been recognized as the winner of the ‘master’ category.

The organization has also recognized the youngest sailor in the fleet, a distinction that has gone to the skater Albert Batlleriá Mitjans, skipper of the ‘Trebla’ and who sails with the colors of the Club Natació Badalona. 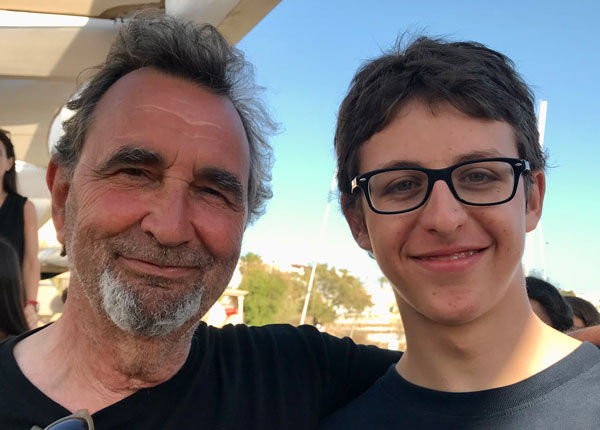 Joaquim Roig, on the left, and Albert Batllería Mitjans have been recognized, respectively, as the Spanish master champion and as the youngest sailor in the championship.

“YOU CAN COME BACK WHENEVER YOU WANT”

In the award ceremony speeches, the president of the Adipav has made special mentions of all the people involved in the organization, which has stood out “for their dedication and good work”.

For her part, the president of the Insular Council of Formentera, Ana Juan, has assured that “skaters have an open door to return whenever they want to do more regattas in Formentera”. 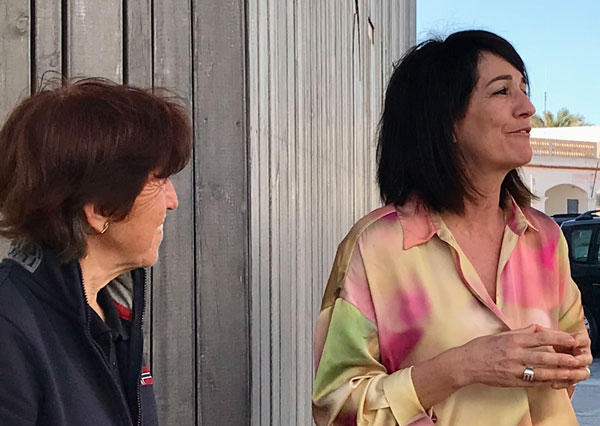 The president of the Insular Council of Formentera, Ana Juan (on the right) has been very satisfied that the victory in this edition has fallen to a sailor born in Palma de Mallorca. Before the president of the Adipav, Anna Pujol (on the left) has assured that the skaters can return to the island in the future to carry out new competitions “with this fantastic boat”.

Ana Juan has also recognized the good work carried out by the head of the Center d’Activitats Náutiques de Formentera, Àlex Figueiras, facilities that have served as ‘base camp’ in the organization of this 2022 Spanish championship. 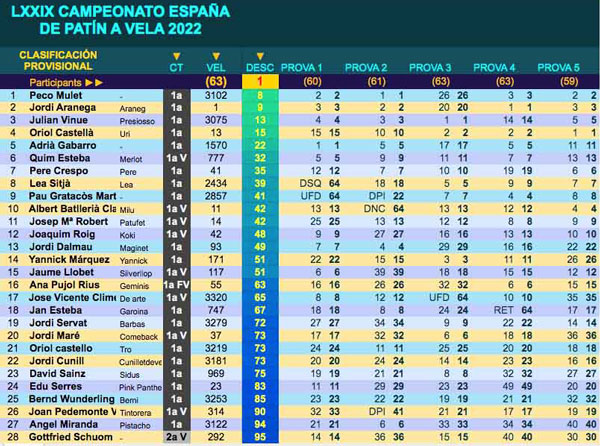 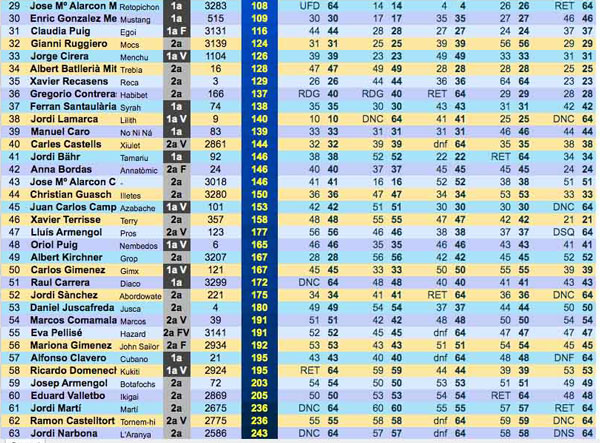 A normal still far away

Mon Apr 18 , 2022
A Ukrainian military man does his shopping in one of the supermarkets that have reopened in the capital. / Zigor Aldama Dozens of businesses begin to open their doors in kyiv, although the threat of bombing prevents the capital from coming back to life ZIGOR ALDAMA Special correspondent. Kyiv Monday, […]