At least 150 Palestinian schools in Jerusalem remained closed on Monday 20 September. The protest is against the Israelization of the education system.

The texts that Israel would like to impose in the classroom erase the references to Palestinian symbolism and tradition. The Israeli attempt to intervene in Palestinian curricula has been going on since the 1960s. The strike organizers have promised new initiatives to make themselves heard by the international community.

At least 150 Palestinian schools in occupied Jerusalem went on strike on Monday, September 19, against Israel’s attempt to force its textbooks into classrooms. The protest involved hundreds of institutions, with associations of teachers and parents denouncing the ongoing process of “Israelization” of Palestinian education.

The dispute over the course of study to be taken in Palestinian schools has been going on for decades, but Israel’s pressure to do so has increased in recent years. That is why the Palestinian community has now decided to raise their voices.

The strike of Palestinian schools

A large turnout was expected for the Palestinian school strike against Israel and it did. On Monday, September 19, 90-95 percent of the schools in East Jerusalem, illegally occupied by Israel since the 1960s, stopped and around 100,000 students stayed at home or made their voices heard in the streets through signs and slogans.

Israel is trying to intervene in the curricula of Palestinian schools, using funds destined for the East Jerusalem education system as a weapon of pressure and blackmail. In particular, changes are requested to the texts used, considered too pro-Palestinian, as well as the adoption of new manuals written directly by Israel. Among these are books like “Yossi is Mohammad’s Neighbor”, which effectively normalizes Israeli colonial settlements on Palestinian land in the name of coexistence between the two peoples.

At the schools of Beit Hanina’s al-Eman and Silwan, parents’ associations have organized sit-ins against what they call a process of “Israelization” of Palestinian education. Ahmad Safadi of the teachers’ union stressed that in the texts that Israel would like to impose, the Palestinian symbols are canceled and the historical and religious narrative upset. The protests on the subject have been going on for some time and the organizers of the strike of the past few hours have promised new initiatives, especially to attract the attention of the international community.

Israel’s effort to change education in Palestinian schools is not new. Already with the occupation of 1967 they had tried to intervene also in the education system, but the Palestinian authorities had resisted for years until they accepted the adoption in various institutions of the Jordanian curriculum instead of the Palestinian one.

Over the years, Tel Aviv’s pressure on Palestinian education has not abated, quite the opposite. Last month, Israel’s education minister revoked the license of six Palestinian schools in Jerusalem due to the use of textbooks considered offensive to Israeli soldiers and authorities. The latter also leverages its funding for the construction of new schools and the restoration of decadent ones, tying these projects to the abandonment of Palestinian curricula in the classrooms. And in some schools this radical change, with the adoption of Israeli books, has already happened.

Bodytone expands the compatibility of its machines with Trainingym

Tue Sep 20 , 2022
(20-9-2022). The agreement between Bodytone and Trainingym seeks to improve the accessibility of fitness machinery and the user’s sports experience. Thanks to the connectivity provided to its products, Bodytone machines are now compatible with the Trainingym software. An agreement with which the fitness brand continues to bet on new technologies […] 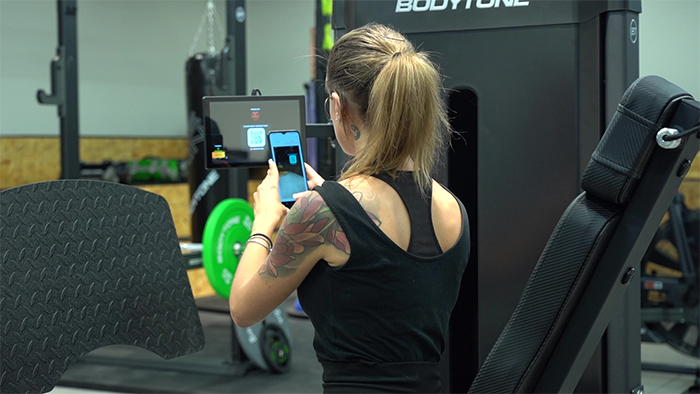