An extremely destructive monsoon season has hit Pakistan since the beginning of the summer. Millions of people have been evacuated.

Since mid-June, 937 people have died from flooding caused by rains across Pakistan. The Asian nation faces the “worst humanitarian disaster of the past decade” according to the local ministry of climate change. The Pakistani Air Force has intensified relief operations in the regions of Balochistan, Sindh and southern Punjabi.

Almost a thousand deaths: this is the tragic balance of the monsoon season ongoing in Pakistan. According to the most recent data, at least 937 people have died in the Asian nation due to heavy rains and floods this summer. The government has asked for international assistance, while the eighth cycle of monsoon rains hit the territory. 33 million people, about 15% of the total population, were affected by recent floods: now many of them are homeless. The Pakistani Meteorological Department said the country has seen the wettest July since 1961.

To have been most affected are the regions of Balochistan and Sindh which are located in southern Pakistan. Usually these areas do not experience a monsoon season with excessive rainfall and have a humid and semi-arid climate. Yet, since the beginning of summer 2022, monsoon winds have brought rains and floods that have so far caused enormous devastation. According to the United Nations the floods destroyed more than 95,000 homes and damaged hundreds of thousands of buildings.

Pakistan has a ministry dedicated solely to climate change, and state officials say that this year’s exceptional floods are also due to global warming. Stressing the need for urgent relief measures, Minister Sherry Rehman said: “The current climate catastrophe requires immediate international and national mobilization, not only in the form of food, shelter and basic survival services, but we must also amplify our rescue efforts.

The country is experiencing its eighth monsoon cycle, while it normally only has three or four rain cycles. The super-flood rates are shocking ”. In addition to persistent economic difficulties, the Pakistan has just returned from a period of excessive heat in which temperatures close to 50 degrees were reached. After the extreme heat, the population was hit by the destructive floods.

Pakistan is in danger

The southern province of Sindh, hit hard by the floods, asked for a million tents, while the neighboring province of Balochistan has requested 100,000. Since the monsoon season began, more than 3,000 kilometers of roads and 130 bridges have been damaged, aggravating the already difficult rescue situation. The damage may not be over: heavy rains and floods are expected in the coming days; the schools in Balochistan and Sindh have been closed in anticipation of a new wave of monsoon rains arriving towards the end of the week.

Because of this the intervention of the international community is necessary: China said Wednesday it will provide emergency humanitarian aid to Pakistan, according to a tweet from the Chinese embassy in Islamabad, the state capital. The UN said it has provided a thousand so far tons of food rations and food supplements. It also sent medicines, water purification tablets, tents, mosquito nets, blankets, hygiene kits and other support supplies to the population. Through the relief interventions, the already battered Pakistan tries to defend itself from the next climate disaster.

Puma and the Lega presented the Orbita Serie A ball

Sat Aug 27 , 2022
Puma’s Orbita uses state-of-the-art technology to create an optimal sphere that maintains its shape and allows for less water absorption. (26-8-2022). The global sports brand Puma and Lega Serie A presented the new 2022/23 Serie A soccer ball. Puma has already announced that it has become the official technical sponsor […] 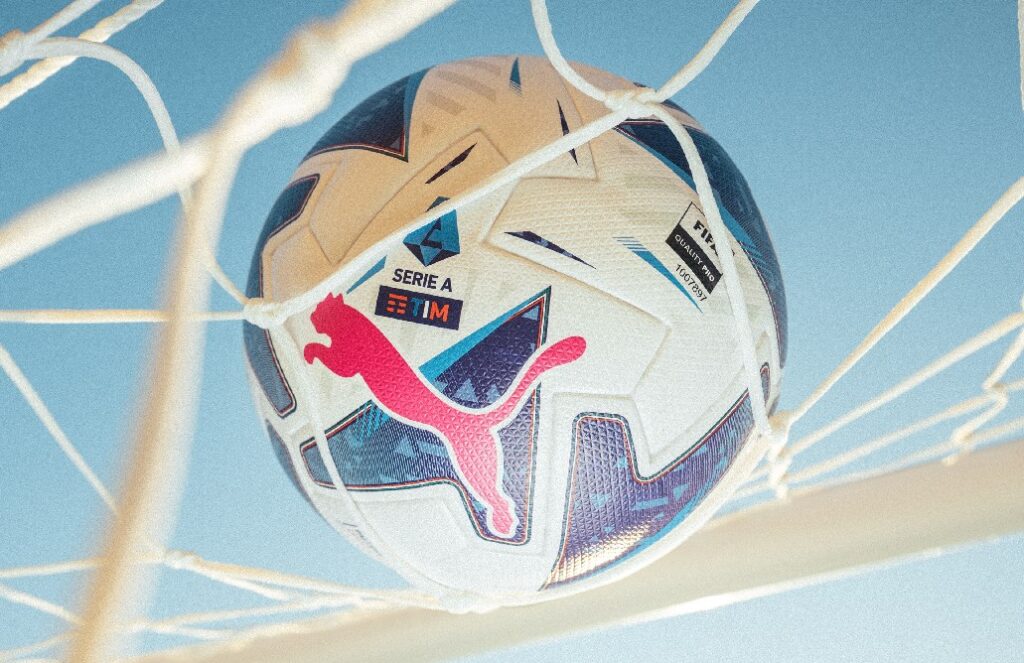