PLETÓRICOS Alfonso Clavero (el Cubano) has been photographed with the 2022 Spanish Cup Champion, Oriol Castellá, who has sailed with a skate from the BarCu shipyard, founded and governed by Clavero.

(3-9-2022). Oriol Castellá, from Club Vela Sant Antoni, is the new champion of the Spanish Senior Sailing Skate Cup, after winning the 2022 edition in La Manga del Mar Menor. The winner of the second was the Andalusian Nicolás Hernández, from the Club Náutico Sevilla.

Today’s hero, the last day of the 2022 Spanish Cup for senior sailing, has been Ramón Calero, from the Real Club Náutico del Puerto de Santa Maria. The skipper of ‘El Sultan’ has signed two victories in the two races played today. Despite this, Oriol Castellá, from Club Vela Sant Antoni, was the one who finally won the 2022 Spanish Cup by a single point of difference, after being discarded.

GESIURIS is the informative sponsor of the 2022 Spanish Cup for senior sailing and the 2022 European Cup for junior sailing.

If yesterday the discards were an aggravating circumstance for Castellá, today it has favored him. And the fact is that, after completing a third in today’s first round (in addition to Calero, he was beaten by Xavi Roca, from Club de Mar Sitges), in the second he was disqualified for premature start with a black flag (UFD), which was the result you have discarded.

In this sense, with 15 points in total, Ramón Calero has been the most regular skipper in this Cup (his worst result has been a fourth but he has treasured two first and three third), while Oriol Castellá has added a total of 37 points (with the aforementioned UFD plus a first, three seconds and a third).

The discarding of the worst result, however, has led to Castellá adding 10 points and beating Calero by one point, who has added 11.

“FOURTH OR FIFTH” CUP OF CASTELLÁ

The last time that Oriol Castellá won a Spanish Cup was in 2017 in Roses, where he shared the podium with Quim Esteba and Peco Mulet. It is certain that Castellá’s victory in this cup has served to get even for the thorns suffered in the last Spanish Championship, as well as in the first category Champion of Catalonia where he was, in both cases, the fourth classified. The Spanish Cup conquered today is, as he has said, “the fourth or fifth” that he achieves.

For his part, Ramón Calero has verified that ‘El Sultan’ is back on the flight after a few months somewhat off due to a long injury.

Surely his double today has charged his batteries with optimism and this will encourage him to go all out (as he always does) on September 24 and 25 as a reason for the Andalusian title dispute that will be held under the organization of the Club Nautical Trocadero in the Bay of Cadiz.

The third classified of this Cup of Spain has been Adrià Gabarró who in today’s first heat has made a fifth and in the second has been disqualified for premature start with black flag, like Oriol Castellá (UFD).

The skipper of the ‘Blau’ who, before the Cup, assured that he would go to her, “somewhat emotionally scattered, but with a lot of desire to sail and try some innovations of my skate that if they go well I will apply them in the new models that my AG Sailing shipyard”, has been seeded in this cup. His best records: two first and one second, which have earned him, after discarding, a score of 17 points that has allowed him to lead Xavier Roca by a single point, who with fourth place meets the expectations that he declared that he had proposed for this Cup, that is, to be in the Top-5. 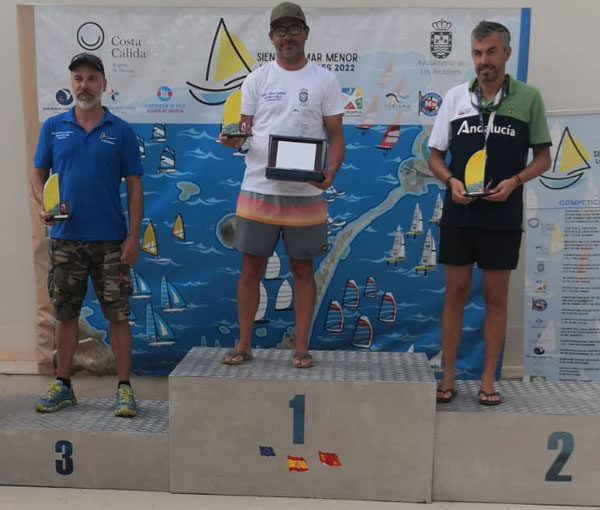 PODIUM OF FIRST. Oriol Castella, in the centre, flanked, on the right, by the Cup runner-up, Ramón Calero, and on the left, by the third-place finisher, Adrià Gabarró.

PARTIAL VICTORIES OF RECASENS AND HERNÁNDEZ

As for the evolution of today’s heats among the seconds, the first heat of the day was won by Xavier Recasens, from Club Natacio Badalona, ​​who came in eighth overall, and the second by Nicolás Hernández, from Club Náutico Sevilla, who has signed a remarkable third place in the general.

Precisely Nicolás Hernández has been the winner of the second category of the 2022 Spanish Cup, after qualifying twelfth overall.

The second place in second place went to Pau Delclos, from the Club Nautic Premià de Mar, a young man who said goodbye to junior sailing in the fall of last year, qualifying second in the European Cup. delclos has been classified 13th overall.

The third in second place was Xavier Recasens, from Club Natacio Badalona. 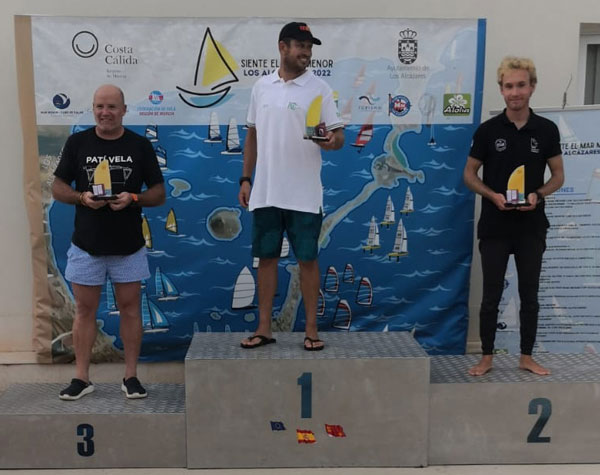 PODIUM OF SECONDS. Nicolás Hernández, second category champion of the 2022 Spanish Cup, flanked, on the right, by Pau Delclós, runner-up; and (on the left), by Xavier Recasens, third classified. 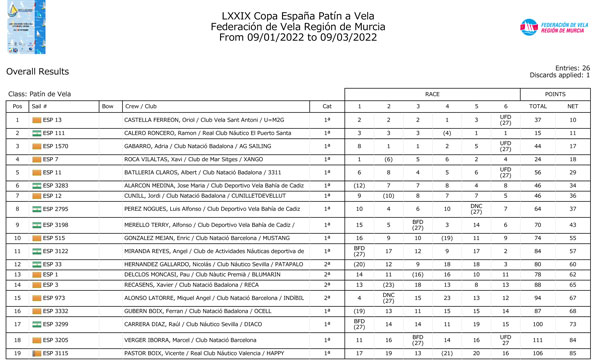 FINAL CLASSIFICATION of the 2022 Spanish Cup for senior sailing.

Brazil without physical money? BC says 100% digital transaction may take time, despite Pix

Sun Sep 4 , 2022
Cash and checkbooks have been losing ground for a long time in payments made by Brazilians who, with each passing day, have been absorbing other digital modalities, such as Pix, a system created by the Central Bank. Despite the absorption of technology when carrying out a financial transaction, Brazil is […] 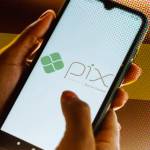