Egalitarian marriage and surrogacy are some of the issues on which the citizens of Cuba will express themselves. A vote that could take on political implications.

On Sunday 25 September 2022 Cuban citizens are called to vote to approve the new Family Code. The text gives the green light, among other things, to egalitarian marriage and adoptions by gay couples. Given the serious economic crisis that Cuba is going through, some voters may take advantage of the referendum to express their dissent against the government.

Voting takes place on Sunday 25 September 2022, but not only in Italy. On the other side of the world, a Cubathis is the date of referendum on the new Family Code. Same-sex marriage, surrogacy, adoptions by homosexual couples, recognition of non-biological parents: these are the key issues on which Cuban citizens will express themselves.

What does the new Code of the family of Cuba foresee

The legislation in force, which dates back to 1975, defines marriage as the union between a man and a woman. When it reformed the Constitution in 2018, the Cuban single-chamber parliament debated a revision of this principle. The attempt, however, was shattered against the iron opposition of clerical and conservative groups.

Now try again with the new one Family code. In addition to giving the green light to egalitarian marriage and adoptions by gay couples, the text gives equal rights to non-biological parents and allows the use of surrogacy, provided it is free of charge. In addition, it lays down the rights of the elderly and bans adoption for people convicted of child abuse.

Each family is a particular path, unique, unrepeatable, as unrepeatable is each person. Families are an expression of the most delicate social fabric. They are like the Homeland, they give us identity, civility, solidarity, respect, altruism. #CodigoYes 🇨🇺 pic.twitter.com/GCtb1Z2NNF

The past of discrimination against gay people in Cuba

The new Family Code, says Cuban President Miguel Díaz-Canel, represents “the hope of thousands of people marked by painful stories of exclusion and silence”. After the Cuban revolution of the 1950s, a very dark period began for LGBT + people, marginalized and persecuted up to being locked up in labor camps. A “great injustice” for which Fidel Castro himself would later assume all the blame decades later, in 2010.

Now 8 million citizens aged 16 and over will be called to the polls to leave this past behind for good. This is only the fourth national referendum launched since 1959, and the first not of a constitutional nature. If it gets more than 50 percent of the votes, the reform will come into effect the day after the results are made official.

A referendum in the midst of a profound crisis

It cannot be ruled out, however, that this consultation on civil rights will turn into a protest vote, given that Cuba is in the midst of the worst economic crisis of the last thirty years. A crisis that is the result of a perfect storm: on the one hand the collapse of tourism, once thriving, due to the coronavirus pandemic; on the other hand, the sanctions imposed by the United States, with which relations have returned tense with the administration led by Donald Trump and continue to be so also with Joe Biden. All this while the inflation rate is double-digit and imports of essential goods have ceased.

To pay the price are the citizens, forced for months to ration theelectricity and endure endless queues to procure food and medicine. It is therefore likely that some sections of the population consider the referendum as a rare opportunity to express their own dissent towards the administration in office.

Fri Sep 23 , 2022
With 9 days to go before the first round, former president Luiz Inácio Lula da Silva (PT) maintains the lead in the dispute for the Planalto Palace, and expanded the advantage for current president Jair Bolsonaro (PL) to 11 percentage points. This is what the Ipespe survey, released this Friday […] 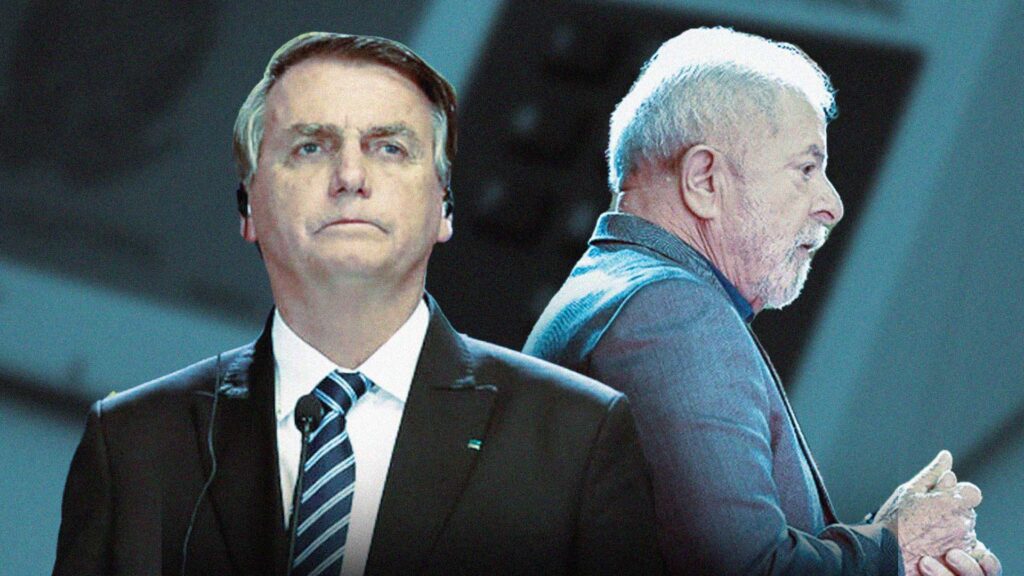