The Spanish company Rotor reached its turnover record last year, with 18 million euros. As of today, as confirmed by the CEO of the firm, José Luís García Alegre, the objective of growing 30% this year is maintained, “despite the circumstances”.

(19-8-2022). Rotor continues on a roll this year 2022. The company’s sales in the first half have been 30% higher than those of the same period last year. The strong growth, according to the CEO of the company, José Luís García Alegre, comes from “the important commitment started last year with the OEM (Original Equipment Manufacturer) business”. Rotor has multiplied by 4.5 the amount of product it supplies to brands.

The CEO of Rotor, José Luís García Alegre, points out that the results of the first half of this 2022 are “in line with the forecasts and much better than what the market has been doing”. The firm’s revenues in the first six months of 2022 have risen to 11 million euros.

The first quarter, with nearly 6 million revenues and 35% growth, was better than the second quarter.

Rotor reached its turnover record in 2021, with 18 million euros. As of today, as confirmed by the CEO, the objective of growing 30% this year is maintained, “despite the circumstances”. Alegre is sure to maintain the level of activity in the OEM division in the first semester, given that it already has orders placed.

However, the manager keeps a watchful eye on the aftermarket business. Currently, the OEM represents 35% of the firm’s turnover, and the remaining 65% comes from the aftermarket.

Darker stores in Europe than in the US

The sale to stores is “more subdued” than the OEM, acknowledges the manager. José Luís García Alegre points out that the aftermarket in the first quarter still moved at “reasonable” levels, but during the second quarter there was a slowdown in the European market.

However, sales to stores in Asia remain “normal” and in the United States, “paradoxically, they are increasing considerably; that market is where we grow the most percentage-wise”, specifies the executive.

CONSEQUENCES OF THE ‘AUDIO OF DELIVERIES’ TO THE RETAIL

García Alegre adds that, in addition to the drop in demand experienced in the European market and in Spain in particular, there has been, since the end of last year, the arrival at stores of delayed orders due to supply problems. “They have begun to deliver huge amounts of bicycles, while customer traffic and consumption have dropped,” says the executive.

By paying for those bikes, retailers have less financial flexibility to purchase other types of products such as parts and components.

Continuing with the aftermarket, the CEO of Rotor states that “we observe the third quarter with caution and concern. We don’t know if demand is going to continue to decline or stabilize at current levels, but we expect to return to reasonable consumption in September.”

In pursuit of this, Alegre indicates that “we are very active looking at how to boost demand on our part.” In this sense, Rotor is offering specific campaigns in markets that require it and accelerating the introduction of this year’s novelties, with the intention of launching as many as possible from September.

García Alegre points out that after the supply problems experienced during 2020 and 2021, “many companies are seeking to increasingly Europeanize their supply chains”, which benefits Rotor since it manufactures 100% in Spain. “We are guaranteeing deliveries within 90 days and this security of supply is helping us to grow a lot with European brands,” he specifies.

In this way, exports have come to represent 85% of Rotor’s income, compared to 72% last year.

The main international markets of the firm are the USA and Benelux, where the company has two subsidiaries.

The manager points out that the OEM business is growing for both muscle and electric bikes. Regarding ebikes, he explains that Rotor has developed, together with Fazua, a leading company in electric motors for bicycles recently acquired by Porsche, a standard for the interface between the axis and the motor of ebikes. García Alegre points out that “this partnership with Fazua, and with other companies that produce engines, means that we are doing well in the world of ebikes”.

In order to meet the increase in OEM orders, Rotor added four new machines to its facilities, which have been operating since last March. If before this expansion the firm calculated to produce 560,000 pieces in 2022, the figure now rises to 800,000 pieces, 43% more.

The great growth of the company in recent years is evident from the fact that the annual production volume in 2019 was less than 200,000 pieces.

The CEO of Rotor admits to sharing the general concern about the evolution of the economic situation next autumn. However, he recalls that “traditionally the bicycle sector is counter-cyclical. Thus, although the economy is going badly, the bike market is doing well”.

García Alegre maintains that in times of economic crisis, people may not have money for other types of leisure but they continue to buy bicycles, even if it is in installments, to be able to enjoy, at least, this type of leisure, which also brings benefits to health.

On the other hand, Alegre warns about the negative effects that could be caused by the recent warming of the Chinese position against Taiwan, with military maneuvers by the communist colossus. “Hopefully that doesn’t affect us,” says the executive, who adds that “60% of the world’s bicycle components come from Taiwan and now that the supply chain is being fixed, everything could break again” .

Fri Aug 19 , 2022
After a “boom” of initial public offerings (IPOs) of pharmacy chains on the Brazilian stock exchange throughout the pandemic, DPSP, owner of the Drogarias São Paulo and Pacheco brands, remained firm as a company. privately held. But that didn’t stop it from growing. The company will invest BRL 450 million […] 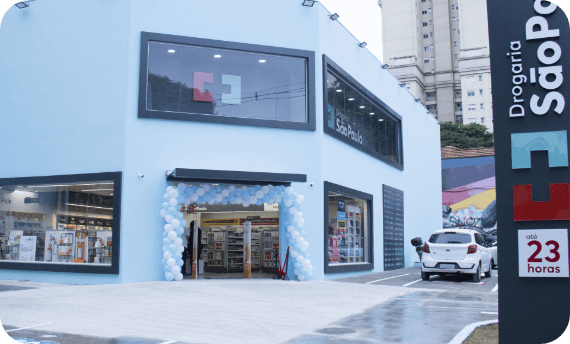