As part of its direct-to-consumer sales strategy, Nike plans to open up to 200 single-brand stores in a smaller format and highly digitized in the coming months, which will be distributed in urban environments around the world.

(9-16-2022). Nike will accelerate its direct-to-consumer sales strategy through the online channel, as well as opening 200 stores around the world. It claims to be restoring its sales in China, in addition to having neutralized the effects of delays in the supply chain.

Nike will accelerate its commitment to direct sales to the consumer. The strategy devised in 2017 and deployed in 2020 continues to take shape and will gain even more strength in the coming months, as announced by the brand itself at its annual meeting with shareholders, held at its headquarters in Beaverton, Oregon.

Specifically, the brand has planned to increase its investments in its online sales ecosystem and in digital applications to constitute “a Marketplace suitable for new trends”. In addition, it has announced the intention to open 200 smaller, digitally equipped single-brand stores, to be located in urban environments in North America, Europe, the Middle East and Africa.

This boost to its ‘Consumer Direct Acceleration’ strategy, CDA in English, is based on the company’s latest economic results. According to its last fiscal year, ended on May 31, growth was led by the double-digit increase in sales corresponding to its digital business, which already accounts for 24% of the total, compared to 10% in 2019 .

“Even as physical retail has returned two years after the start of the pandemic, Nike’s online store continues to gain market share,” said Nike President John Donahoe. “These results speak to our belief in always maintaining a direct connection with the consumer, no matter how they interact with the brand,” he added.

Donahoe, who succeeded Mark Parker as chief executive officer and president in January 2020, noted that Nike’s app ecosystem in fiscal 2022 grew “at an even greater rate” than its digital sales, fueled by Nike’s strategy of offer personalized shopping experiences. “We don’t take lightly the decision consumers made to locate us in today’s most prized real estate: their phone’s home screen. No other sportswear brand occupies that space globally like Nike. And it remains one of our biggest competitive advantages,” he added.

At this annual meeting, the shareholders also expressed concern about the behavior of Nike’s sales in China, where the management of the Covid pandemic has considerably weakened the results of the American brand.

Specifically, in the fourth quarter ended May 31, Nike’s sales fell 20% in China. A trend that the brand assures has been reversed in summer, when a revival of sales has begun to be perceived.

Likewise, he has assured that he has been able to completely neutralize the imbalances caused by delays in the supply chain, currently having sufficient stock and the supply of products flowing “completely normally”.

Average price of gasoline at gas stations is back below R$5, shows ANP

Sat Sep 17 , 2022
The average price of regular gasoline at pumps dropped another 1.4% this week, reported this Friday, 16, the National Agency of Petroleum, Biofuels and Natural Gas (ANP). The official survey concerns the period between the 11th and 17th of September, when fuel is sold at R$4.97 per liter, compared to […] 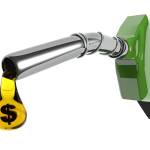