The federal government edited a Provisional Measure, published in an extra edition of the Official Gazette of the Union that circulates this Friday, 12, which gives more flexibility to the participation of the private sector, in partnership with Indústrias Nucleares do Brasil SA (INB), in the exploration of nuclear ores in the country. The measure, according to the General Secretariat of the Presidency of the Republic, “updates the legislation of the mineral sector and creates new business opportunities for INB”.

Research, mining, enrichment, industrialization and trade in nuclear ores and derivatives are carried out exclusively by INB. The MP allows new models of association to be made between INB and private partners for the exploration of mineral deposits that contain uranium.

“Despite being rich in nuclear ores, Brazil currently imports most of the inputs needed to manufacture nuclear fuel to supply the Angra I and II plants. This results in higher fuel production costs and the loss of business opportunities, both in Brazil and abroad. With the update of the legislation, it is expected that the INB, in partnership with the private sector, will increase investments in research and mining and the national production capacity of uranium”, says the General Secretariat in a note.

Under current legislation, when the holder of an authorization for research or mining concession finds nuclear elements associated with a mineral substance, he is obliged to inform the National Nuclear Safety Authority, the National Mining Agency (ANM) and the INB.

In the event that the nuclear elements had a higher economic value than another mineral substance, the entire deposit was included in the state monopoly and the holder lost the exploration authorization or mining concession.

Now, regardless of the economic value of the nuclear elements found, the MP creates the opportunity for partnerships between the miner and INB, for the use of all mineral resources present in the deposit.

Thus, ENBpar now takes control of INB. “INB becomes a ‘non-dependent state-owned company’, without the need for funds from the National Treasury to develop its activities”, explains the General Secretariat.

The measure proposes the participation of the ANM in the regulation and authorization of research and mining of nuclear ores.

“The Constitution provides for the use of nuclear technology in Brazil exclusively for peaceful purposes”, says the General Secretariat. “With socio-environmental responsibility, the MP seeks to attract private capital and relieve the taxpayer, generating employment and income for the population and consolidating Brazil as a safe haven for investments”, he adds.

Create your own free TeamViewer with RustDesk

Sat Aug 13 , 2022
In addition to being available for Windows and Linux, it also works on macOS and iOS/iPadOS and Android mobile devices. What features does it offer? RustDesk is an interesting alternative to TeamViewer since it offers us practically the same functions that the veteran remote access application makes available to us. […] 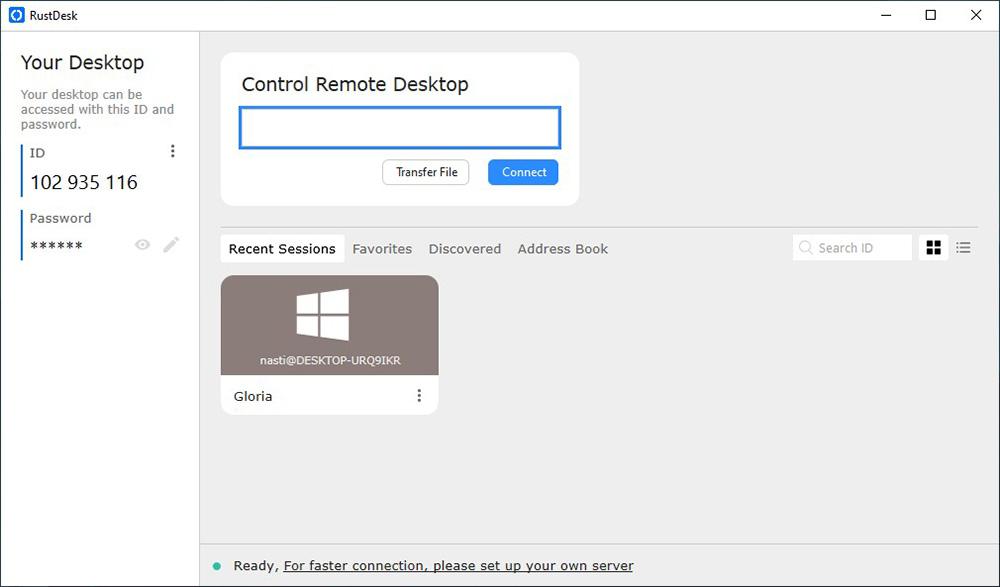