It was actually expected that Xiaomi would take the first step. But now Motorola has presented a new Android smartphone with absolutely high-end equipment that puts Xiaomi in the shade. Now the Xiaomi 12 has to counter.

Xiaomi was actually expected to take the first step. But now Motorola has presented a new Android smartphone with absolutely high-end equipment that puts Xiaomi in the shade. Now the Xiaomi 12 has to counter.

Just a few days ago Qualcomm presented the Snapdragon 8 Gen 1 as a new high-end processor and many companies were right there. Xiaomi will install the new chip in the Xiaomi 12, for example. Motorola is already surprising with a presentation of the Moto Edge X30. This high-end smartphone beats the competition and has a lot to offer (source: Lenovo).

For example, the Qualcomm processor mentioned above is built into the new top smartphone, which is supposed to ensure high performance. There is also 8 or 12 GB of RAM and either 128 or 256 GB of internal storage. The OLED display measures 6.7 inches and works at up to 144 Hz . This makes it one of the fastest screens on the market.

A 50 MP triple camera is used on the back, with only the main sensor and the ultra-wide angle having such a high resolution. The third sensor is a 2 MP depth sensor. There is no telephoto lens. Motorola has installed a 60 MP camera on the front. There will also be a “Special Edition” of the smartphone, where the front camera will be installed invisibly under the display and the smartphone will be completely borderless and without holes in the screen.

The Moto Edge X30 also features 5G , of course, the fingerprint sensor is attached to the side, there is IP52 certification and a 5,000 mAh battery that can be quickly recharged with 68 watts.

The operating system is Android 12 with MYUI 3.0 and the Moto Edge X30 can become a PC when connected to a docking station with a monitor, keyboard and mouse.

This crazy Motorola technology is unfortunately not yet integrated:

The “Special Edition” with a sub-display camera will cost 3,999 yuan, which is the equivalent of just 556 euros. Motorola is initially starting sales in China. It is not known if and when the smartphones will come to Germany.

Sun Dec 19 , 2021
At GIGA you will find the best apps for the contemplative Advent season: from Christmas radio to wish list organization to Christmas games. 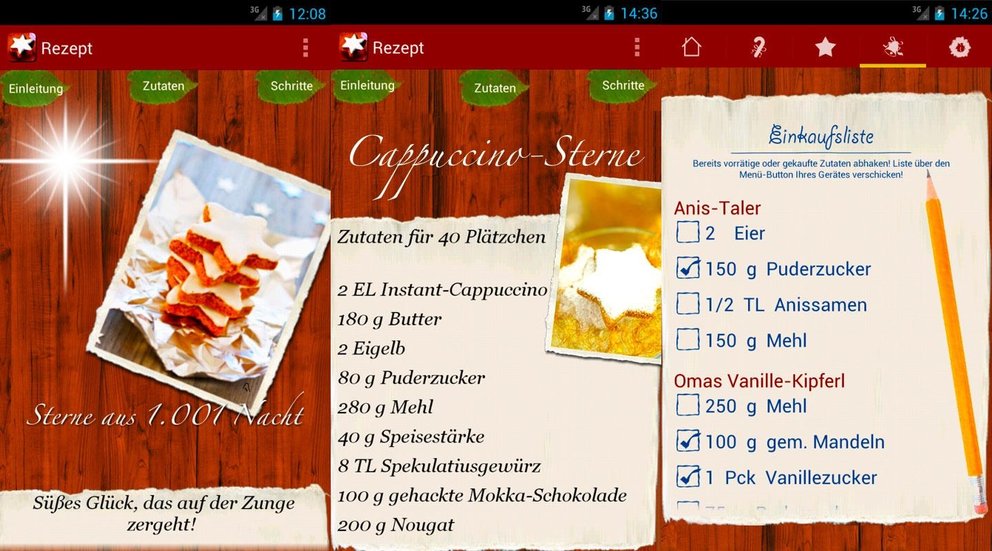