Microsoft has been more exact than any of its rivals when it comes to revealing when we will see the first carbon-neutral version of the Xbox in action, stating that it will arrive during the year 2030Microsoft engineers are working on some small modifications to the Series S and Xbox Series X, which would be the beginning of this change in logic for their consoles.

When we think of video games, global warming and climate change are probably not the first things that come to mind. Rather, the possibility of accessing, each year, better proposals to entertain us. But fun doesn’t have to be at odds with caring for the planet. And Microsoft claims that the Xbox will be carbon negative by 2030, as part of its recent environmental commitment.

“To reduce Xbox’s carbon footprint and help Microsoft achieve its commitment to be carbon negative by 2030, we’re working on improvements to our console hardware, introducing more ways to improve energy efficiency through software updates and reducing the environmental impact of cloud gaming. through hardware and software updates,” says a statement on the official blog of those from Redmond.

Of course, this is not the first time that Microsoft and other companies in the sector have made announcements about their great efforts to reduce their carbon footprint. But none before had been so precise in its details.

According to the American company itself, its engineers have been working on the development of some changes to key hardware components of the Series S and Series X. Nor alter performance or user experience. But they will make them more “friendly” to the environment, which is exactly what is intended.

The company claims that it incorporated an improved power monitoring system on a small subset of consoles for anonymous telemetry collection, so a few users will use these units. They will provide valuable information for Microsoft to analyze and then evaluate.

They also say that “Xbox Series S became our first console to incorporate post-consumer recycled (PCR) resins in body construction and various internal components”, arguing that its commitment goes beyond being carbon neutral in the medium term. And, of course, there are already other active policies.

“By 2030, we will design Xbox products and accessories, and all Microsoft product packaging, to be 100% recyclable in OECD countries by 2030«, completes the company’s statement in this regard.

On the other hand, Microsoft is also reducing the plastics used in the gift cards it offers to the customer. It is also working on new technologies that can accelerate the reduction of the carbon footprint, of course.

In any case, 2030 may seem like a distant date, but it is not so far for the world of consoles. Probably by then, we will be aware of choosing only video games that do not affect the planet.

Would you choose one console over another given its carbon neutrality, or does that matter to you?

42% of fitness practitioners opt for the hybrid offer

Sun Apr 10 , 2022
Although the option of exercising in a single space still predominates for a high percentage of practitioners, there are more and more who combine different options, reaching 9% those who combine up to three spaces; the gym, home and outdoor space. Source: EuropeActive. (8-4-2022). 42% of European fitness practitioners combine […] 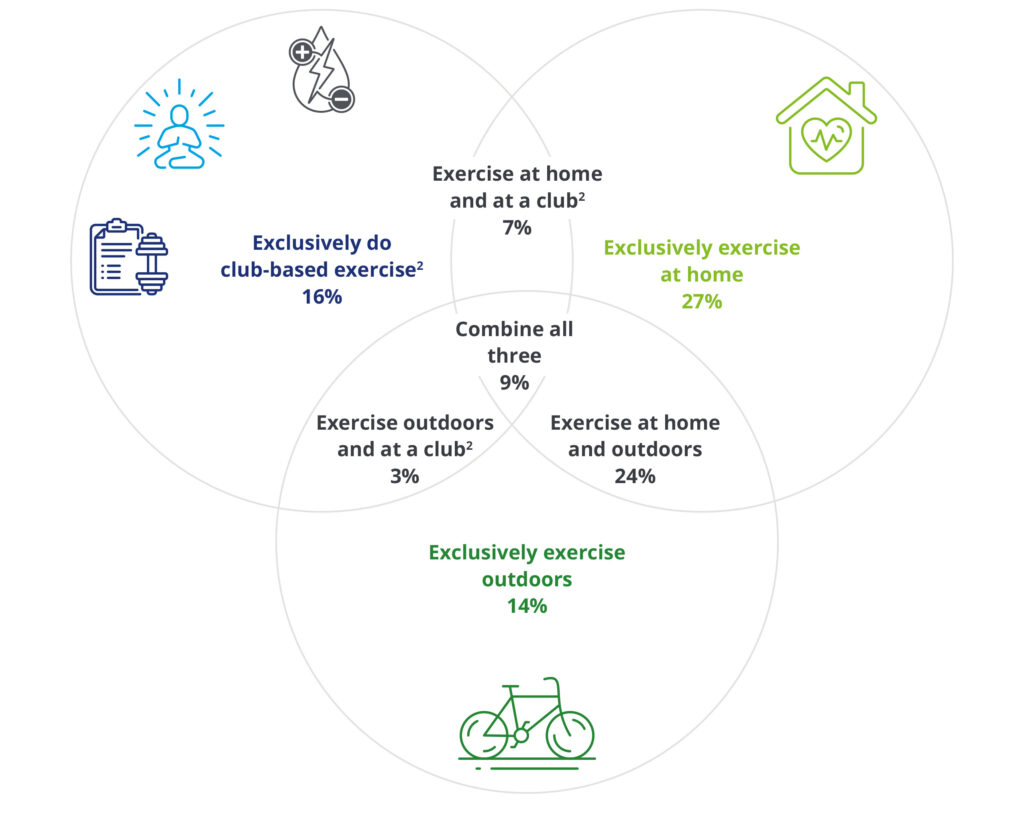