Mikhail Gorbachev died in Moscow after a long illness. He was the proponent of perestroika, the Soviet restructuring in a democratic key.

Mikhail Gorbachev, the last president of the USSR – the Soviet Union – died at the age of 91. The news was reported by the Russian news agency Tass following confirmation from the Central Clinical Hospital in Moscow. Gorbachev died “after a serious and long illness”,

Elected secretary of the Soviet Communist Party (PCUS) in 1985 after the death of Konstantin Chernenko, Gorbachev was awarded the Nobel Peace Prize in 1990 for being able to “lead a radical change in relations between East and West” and for putting an end to the Cold War without turning it into a new world conflict. For this he can be counted among the great statesmen of contemporary history. During his presidency, the fall of the Berlin Wall occurred in 1989.

The father of perestroika

In particular, he carried on a series of democratic reforms of the Soviet regime which can be summed up in two symbolic words of the 1990s: glasnot, which means “transparency” on various political and social issues, and perestroika, which means “restructuring” of the economy in a progressive sense.

This period was marked by a foreign policy made up of dialogue and diplomacy with the United States and of non-interference in the internal politics of the communist countries of Eastern Europe.

Born in Privolnoye on March 2, 1931, Gorbachev resigned as president of the USSR in August 1991 after a coup attempt by those nostalgic for the old Soviet regime. He will be buried in the Novo-Dyevitchiye cemetery, in Moscow, next to his wife.

Thu Sep 1 , 2022
Good ideas often come from young creative minds. We will tell you about 3 developed in Switzerland, in a place that favors its realization. L’innovation that looks to a sustainable future often arises from the preparation and enthusiasm of young entrepreneurs who come together to give substance to brilliant ideas. […] 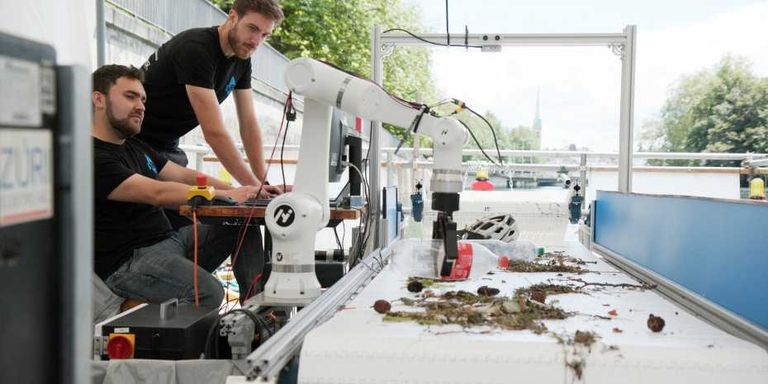