The English artist Elena Gumeniuk has been in charge of creating the mural dedicated to Mapi León and which has been placed on Portobello Road, Notthing Hill. In the design we can see Mapi’s desire to become the reference that she has never had.

Adidas celebrates the start of UEFA Women’s EURO 2022™ with four murals spread across central London, paying homage to some of the competition’s most notable female footballers. The Spanish Mapi León has been chosen as one of the four protagonists of this campaign.

“I love being part of this initiative. I think it’s an amazing way to show that other side of the players on the sidelines of matches and to be able to help and inspire anyone who identifies with me or any of the other players involved. The mural is impressive”, affirms the player of the Spanish team.

Created in collaboration with women artists from the UK and placed in Portobello Road, Nine Elms, Shoreditch and Peckham Rye, the murals celebrate the achievements of Mapi León, Millie Bright, Vivianne Miedema and Wendie Renard, respectively. Each mural contains a design that represents the history of the player and her main achievements and dreams.

The English artist Elena Gumeniuk has been in charge of creating the mural dedicated to Mapi León and which has been placed on Portobello Road, Notthing Hill. In the design we can see Mapi’s desire to become the reference that she has never had.

The Millie Brights mural, placed in Nine Elms, has been designed by Eve Lloyd Knight, and reflects Millie’s intention to use her Daly Brightness platform to help anyone improve their mental health and infect new generations with positive energy .

In the case of Vivianne Miedema, Sprite has been the creative artist of the mural located in Truman Brewery, Shoreditch. Vivianne’s dream reflected in her mural is to encourage new generations to fight for her dreams. Vivianne is an ambassador for War Child and is very committed to helping children improve their resilience and mental health.

Finally, Lours has been the creator of the Wendie Renard mural, located in Station Way, Peckham Rye. Wendie was told by her school teacher that being a footballer was not a “real job” and that it was better for her to focus on becoming a flight attendant. Good thing she found a way to fly her.

These designs are part of the campaign for UEFA Women’s EURO 2022 “All you need is a goal”, and encourage football fans to fight for their own goals. Each mural contains a QR Code that links to a video with the story of each player:

Élisabeth Borne, a 'Swiss Army Knife' at the head of the French government

Sun Jul 17 , 2022
the profile A 61-year-old technocrat, a product of France’s meritocracy, the prime minister appointed by Macron defines herself as “a woman of the left”, although it was the left that presented the motion of censure that has passed this week The French Prime Minister, Élisabeth Borne, has this week overcome […] 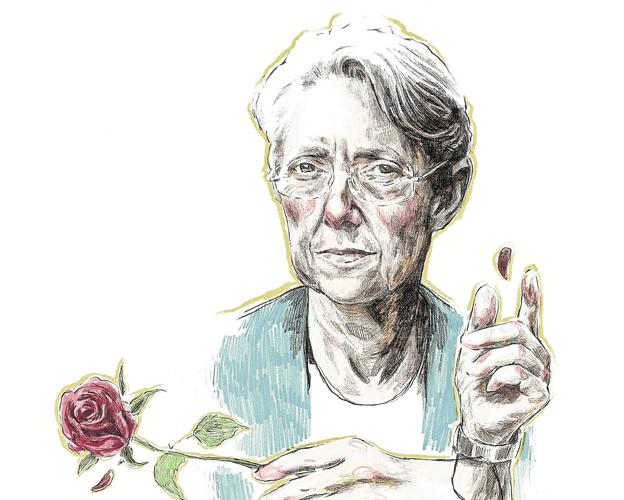