Mammoth Terrassa, located at Carretera de Montcada, number 398 of that town, has an area of ​​200 square meters and currently employs 6 people.

(2-6-2022). Mammoth Bikes is willing to continue reinforcing its hegemony in cycling retail and it does so by increasing its number of employees. The chain has just landed in Terrassa, after acquiring the veteran Cicles Morenito store in that town. After that, it already has three stores in Catalonia and fifteen in the whole of the Spanish State.

If Escapa announced at the beginning of last April its landing in Madrid with a megastore whose opening process is being coordinated by its head of expansion, the renowned Jesús García, Mamoth Bikes does not seem to have chosen to sit idly by. After launching a new store last March in the Les Salines industrial estate in Sant Boi de Llobregat (the fourteenth of its offline cash network), Mammoth Bikes has just added its fifteenth establishment, which is located, precisely, in Catalonia .

The new point of sale of the Madrid brand in Catalonia is the old Cicles Morenito store, located in Terrasssa. The establishment enjoys a great tradition, since, initially, in 1949, it was located in Mataró, and later, in 1975, it moved to Terrassa where it has remained until now. The journey in the cycling retail of this brand-label, therefore, amounts to 73 years.

The new Mammoth Terrassa, the result of the acquisition of Cicles Morenito by the Madrid chain and whose amount has not been disclosed, has an area of ​​200 square meters and currently employs 6 people. The new ownership of the establishment has kept 90% of the staff that previously worked at Cicles Morenito.

After this brand new implementation that has officially started its new stage today, Mammoth Bikes has three stores in Catalonia, located in Barcelona, ​​Sant Boi de Llobregat and Terrassa. These are added to the other twelve that it has distributed throughout the Community of Madrid (six), the Basque Country and Andalusia (with two stores, respectively), and in the Valencian Community and Cantabria (with one establishment each, respectively).

Thu Jun 2 , 2022
Payton Gendron. /REUTERS This is the first time that a grand jury has validated charges of hate-motivated domestic terrorism, which has only been in the law since 2020. Payton Gendron, 18, has had more charges than his age: 25, they read him this Thursday in court. But none of them […] 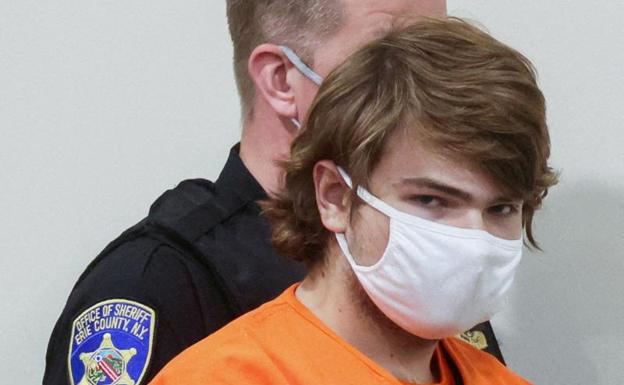