Javier Lurbe, general director of Lurbel, declares that the company’s exports have grown to account for 40% of global turnover, compared to 35% last year.

(16-8-2022). After closing the autumn-winter 2022-23 sell-in campaign with a growth of 14% compared to the previous year, Lurbel’s sell-in for the 2023 heat advances, matching last year’s results. Its head, Javier Lurbe, recognizes the current purchasing prudence of retailers.

According to the general director of Lurbel, Javier Lurbe, “retailers are aware that in the long term they have to continue operating and they are placing orders for the coming seasons, although in the short term they are being more conservative.”

The manager states that “our sales model is changing, we are having fewer reruns and a somewhat larger schedule.” The firm’s stock service has dropped to 40% of total revenue, while the delivery of programming has risen to 60%, when it used to be the other way around.

Lurbe points out that the year 2022 started very well, thanks to the demand for winter products, but from February consumption began to drop: “there is a retention in terms of replacements, retailers are regulating stocks a lot and do not want to risk ”.

According to Lurbe, revenues for the first half of the year met the year-end billing target, set to exceed 3 million euros. The firm, which entered 2.9 million euros in 2021, has revised its growth forecast in 2022. At the beginning of the year it had forecast revenue between 10% and 15% higher than the previous year. The drop in consumption experienced at a general level has lowered the target to between 5% and 7%.

The manager points out that the final results will depend on whether it is cold in the last months of the year, which boosts the sale of the brand’s thermal clothing. In any case, remember that “there is a lot of uncertainty in the short or medium term due to the economic situation and it is difficult to draw clear conclusions.”

Lurbel is specialized in first layer and outer technical sportswear. Hosiery accounts for 50% of its turnover, while underwear contributes 30% and outerwear, the remaining 20%.

As for sports categories, running and trail-running represent 30% of income; the outdoor, another 30%; skiing, 20%; and cycling, the remaining 20%. The general director of the firm highlights that “the outdoor world is the one that is best maintained, it is the one that pulls the car”.

Lurbel’s sales abroad have risen to 40%, compared to 35% the previous year. According to the executive, the company has a mature establishment in Spain, while there is more room for growth in its main foreign markets, which are Italy, Switzerland and France. In those countries, Lurbel is generating new customers, “naturally”, and this is leading to an increase in the weight of income from foreign markets over total turnover.

The firm has begun to deliver next winter’s schedules to distributors in those countries, who need more time to develop their logistics. Next September it will do so in the national market, where Lurbel distributes directly. The brand’s fall collections will go on sale to end customers at the same time in all countries.

Regarding the autumn-winter collection, Lurbe points out that “they need to sell quickly and have replacements; otherwise it will be like this summer, when we entered with a lot of programming. but then the day to day is being very calm ”. That the sales arrive after the summer, “will depend on the weather, as well as the economic situation,” Lurbel predicts.

Lurbel continues to be committed to defending a sustainable sales model. In addition to national manufacturing at its facilities in Valencia, with local suppliers, the company generates 50% of the energy it consumes through solar panels.

Another action that is currently being promoted is the development of eco-design. In this sense, according to the general director, they dispense with the use of sublimation dyes in their manufacturing process. It is a technique that makes garments more attractive, but requires the use of non-sustainable products.

Lurbe points out that these dyes “do not contribute anything in quality and we prefer to be more ecological, applying the design with the same machine that manufactures the garment, although our result is not as visual.”

Javier Lurbe announces the launch next October of a new Pro Line collection, aimed at runners who compete in running and trail running.

Tue Aug 16 , 2022
BRASILIA (Reuters) – President Jair Bolsonaro’s (PL) reelection campaign officially kicked off with the release of a video in the early hours of Tuesday, and allies sought to antagonize him with former president Luiz Inácio Lula da Silva (PT). ), which appears first in the vote intention polls for the […] 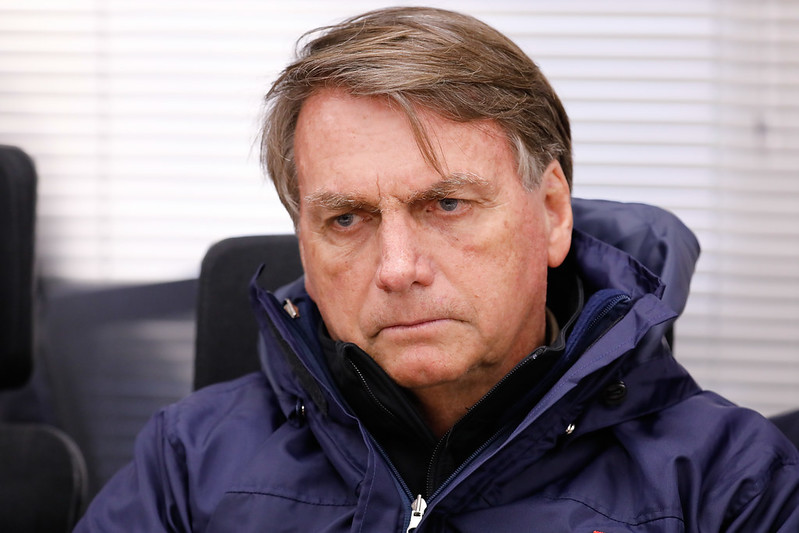