Lululemon’s plans include landing in Spain with the opening of its own stores in the next four years.

Lululemon Athletica plans to multiply its growth by two in the next two years and thus go from a turnover of 6,250 million dollars in 2021 to some 12.5 billion dollars in 2026. The key to achieving this is the strategic plan baptized as Power of Three X 2.

A strategic plan that, as explained by the company, will be based on the key pillars of product innovation, customer experience and market expansion. Among the objectives, in addition to doubling revenue, it has been proposed to double the share of male clients and users of the brand, double its digital revenue, as well as quadruple international revenue, in relation to the 2021 financial year. Among the new markets in which that the brand has planned to land is Spain, where it has planned to open its first stores in this period of 4 years.

Even so, Lululemon expects the company’s main lines of growth to continue to focus on its predominant markets, such as the women’s market, physical retail and the North American market, from which it expects double-digit sales growth in the next five years. years.

The new strategy is presented after the brand managed to complete a large part of the objectives set out in its previous plan, established in 2019, ahead of schedule. A good example of this is that the company’s sales rose to 6,250 million dollars in 2021, compared to 3,980 million dollars in 2019.

According to the NPD Group, from 2019 to 2021, Lululemon gained more market share worldwide than any brand in the sportswear segment. Having grown revenue from $3.3 billion in 2018 to $6.25 billion in 2021, the company says it will continue to focus on its three strategic pillars to drive revenue growth over the next five years.

At the level of product innovation, after managing to increase the share of male customers earlier than expected, the company expects to double revenue from male sales by 2026. Added to this will be the expansion of business within the female and accessories segment (running , fitness, yoga and athleisure), as well as tennis, golf and walking, and new categories, including footwear.

As for the customer experience, the company plans to emphasize its digital aspect, creating “stronger connections with customers through the physical and the digital.” A sample is the first resale program that the brand will promote in the United States from April 22.

As far as expansion is concerned, the chain has planned to enter new markets with the opening of stores in Italy and Spain, among others.

Sánchez arrives in kyiv to meet with Zelensky 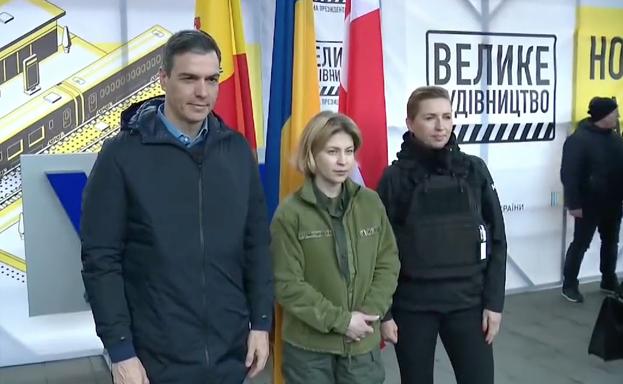