Burial at the Lviv cemetery of a Ukrainian soldier killed by Russian gunfire at the border. /Reuters

thick smoke black smoke Smoke rising from the chimney of the crematorium at kyiv’s Baikove cemetery. The blue sky turns gray in this part of the city, where vans with the Crematorium sign on the back keep arriving. Several priests wait for the vehicles, comfort the relatives and accompany them to the chapels set up for funerals. The graveyard is a world apart in this war. A few kilometers away, the rescue and fire services are working to stabilize the situation in the shopping center attacked by Russia, a new bombing inside the capital to make it clear to the Kievites that they are in the crosshairs. Eight people have died.

“This morning we have received two hundred new funerary urns for ashes,” reports one of those responsible for the administration of the cemetery. Since February 24, their work has accumulated and they already have hundreds stored in a warehouse waiting for relatives to claim them to bury them or take them away. They classify them in alphabetical order and engrave the names and the date of death on the outside. «They are all from kyiv and surroundings, and from the month of March. The bodies of those who died in Bucha or Irpín do not arrive here because they are buried right there, ”reports the person in charge.

The latest data offered by the United Nations puts the number of dead civilians in these three weeks of conflict at 816 and the only figure offered by Ukraine on fallen soldiers was given by the president, Volodímir Zelensky, who raised the number to 1,300. They have a first and last name in this graveyard. The problem with a war is that all statistics expire by the minute, as the number of dead, wounded, refugees and displaced persons grows as the conflict progresses.

Farewell to a militiaman

There are no soldiers in sight, but there are groups of volunteers from the so-called Territorial Defense, the militia that is in charge of surveillance at checkpoints in all the capital’s neighborhoods. They await the arrival of the body of Igor, a 51-year-old former paratrooper who fell the night before in combat. They carry flowers in one hand and submachine guns in the other. Yellow and white petals on one side, metal on the other. Igor’s family receives condolences from the militiamen. When everything is ready, the priest opens the door of the chapel assigned for the burial and the entourage enters. Relatives and companions surround the coffin.

The mother cannot contain her emotion and jumps on the box where her beloved son rests. She touches her face, whispers in her ear and kisses her cheeks over and over again as if to wake her up. She said goodbye to him with a “see you tomorrow” before going out on patrol, like every night, and now she says goodbye to him forever. An eternal goodbye that must be quick due to the queue of bodies waiting to receive the last sacrament before being cremated. Her son rests, for her the duel begins.

“Igor is a martyr who has fallen for the defense of Ukraine and the free world. We fight and die not only for the defense of our country, but for the defense of the rest of the world that considers itself free. Death is terrible, but so is the atrocity that Russia commits by surrounding populations and preventing the entry of food and medicine, ”says the priest between prayers and prayers. He prays, sings and answers his cell phone at the same time because they notify him of new funerals. The farewell to Igor serves the religious to encourage the militiamen present, who listen to him with their eyes fixed on the coffin. One of them holds a portrait of the fallen.

The ceremony is too fast for the mother, who has to be picked up so she doesn’t faint. One by one the militiamen walk past her partner, tap her on the shoulder and go outside where they form a line and ready their weapons. «He was a good man, a person who brought his experience in the Army to the group. He was a good man », comments one of his companions.

When the family leaves the chapel, six uniformed men point to the sky and fire twice into the air in honor of the deceased. At that moment, coincidences of a war, an anti-aircraft defense missile crosses the sky and leaves its trail like chalk that makes a zig zag on a blue blackboard. Yes, above the gray cloud of smoke from the crematorium, kyiv enjoys a radiant sun.

The new curfew decreed by the authorities does not affect Baikove. In this mini city of the dead there is not a minute to rest. Igor joins the fallen list, at least he has been able to be fired by his own. This is the consolation that remains for the family in a war that leaves hundreds of urns of cremated bodies that have no one to fire them.

What does PPU stand for and how is it used?

Tue Mar 22 , 2022
PPU is a very common acronym when we talk about electronic commerce, which can refer to a reserved product, whose seller expects the buyer to pick it up imminently, and therefore its offer is, for now, suspendedAlternatively, it can be an acronym used in the computer world universe, as well […] 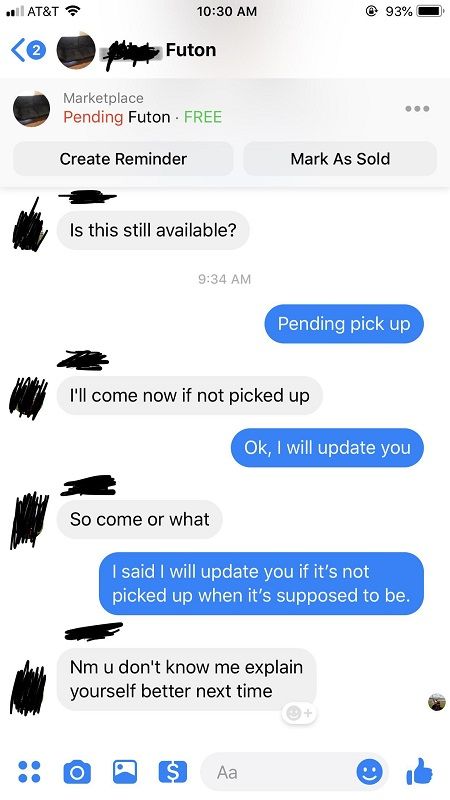