If you mix product photography, still life, creativity, minimalism and a bit of aesthetic, the result is something that is not as new as it seems but is very fashionable. Its about knolling.

You have seen it, you have enjoyed it and it has surprised you. Sure. Do you want to know what it is? Where does it come from? How to do it? Keep reading I’ll tell you everything.

knolling is a photographic trend that consists of creating a composition of elements arranged in an orderly manner and photographed from a zenithal angle, so that all these elements can be seen at a single glance.

The resulting images are visually appealing due to their geometric shapes and order, turning the most ordinary into a surprising and unusual scene. Although we see them more and more on social networks, they never cease to amaze us.

The term was coined in 1987 by Andrew Kromelow, a janitor at Frank Gehry’s workshop. While Gehry was designing chairs for the Knoll company, Andrew ended up placing all the moving parts at a 90º angle to eliminate clutter and be more productive on the assembly line. Recalling the right-angled design of Knoll’s furniture, he began calling the habit knolling.

If the knoll technique It ended up becoming so creatively popular because the artist Tom Sachs, who worked with Gehry for two years, saw the potential and beauty that such compositions contained and integrated it as part of his processes and work.

You may be thinking of lying on the ground and surrounding yourself with objects in a knolling way. Yes (why not) and no (necessarily).

In reality, the knolling self-portrait is also a way of talking about yourself without being there; to show yourself without appearing; of telling how you are through objects photographed in the purest knolling style. You can appear as part of the composition if you feel like it, but don’t let it be an excuse not to.

What do you like? What are your hobbies, your fears, your desires? Concentrate all of this in a neat and balanced square or rectangle and, in a single glance, give clues to who and how you are.

This is not only a photographic work but it consists of scratching a little inside ourselves. It can also serve as a therapy. You dare? It could be an interesting profile picture for your social networks 😉

For your knolling self-portrait includes:

Objects that you use regularly (your smartphone, a backpack or bag, your camera, a diary or agenda…) Something that defines you externally, clothes or accessories that you usually wear and show your style in some way. Items that tell something of a way of being or your personality, something that is not visible to the naked eye such as your hobbies, tastes, customs, etc.

An literary knocking It consists of showing a book accompanied by objects that define the story placed in an orderly manner, at the same distance from each other and at an angle of 90º photographed from a zenith perspective (from above).

To do this type of knolling, you must know the story well and find elements that summarize what the book is about at a glance, it would be like a visual synopsis.

If there is a book that I know well, it is The Honey-Eyed Girl 😉, that is why I have resorted to it to give you an example with things that I had at home. It can be improved, I know, by spending more time and planning, of course. But to explain the concept to you, it’s worth it. Keep in mind that here the fact that you tell what the book is about is more important than the color combination, for example. 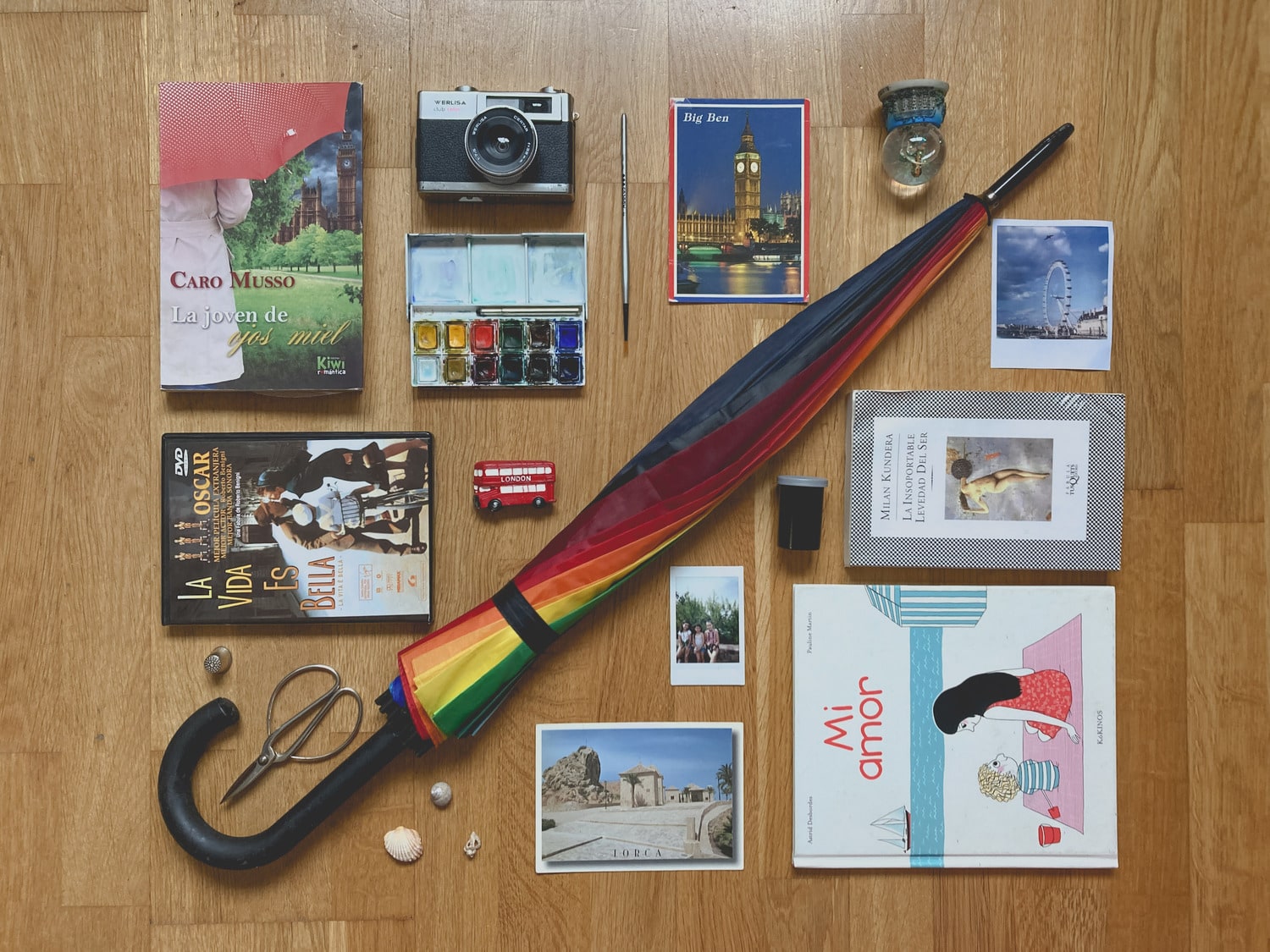 Literary Knolling of The Girl with Honey Eyes

I have added weighty objects to the story, such as the umbrella, the paintings or the camera; books and movies that also appear with some importance; allusions to the cities where the novel takes place and also details of the life of the protagonist and of some of the characters that surround her and that are important to her.

In the following video you have a summary of how to make a literary knolling:

How to do a knoll

Now that you know what is knoll technique and some of its variants, surely you are wondering how to carry it out. here go 12 knolling tips:

First think of an idea, if you know what you want to do, it will be easier for you to find the elements and the result will be rounder, because it is not about putting objects to put. Below I leave you a lot of ideas. Start first with what you have at home. If the technique hooks you, go little by little improving your compositions and planning what you want to do to find the objects with more time. From less to more. Start with few elements and small surfaces to practice, it will be easier for you. Gather elements related to the theme you have chosen. Preferably they are in good condition. If they are new, clean and without damage, they will look better in the photo. Follow the principles of the technique. It is based on minimalism and closely related to the famous 5 s of the Japanese Kaizen method: Seiri (classification), Seiton (order), Seiso (cleanliness), Seiketsu (standardization), Shitsuke (discipline). Which can be translated or summarized in: Eliminate from the equation any object that is not necessary, if it does not contribute anything, remove it. Group and classify objects by theme, use, size, color… Meticulously order the objects within the composition. Find a method or procedure to follow each time you make one of these compositions to achieve greater homogeneity in both the process and the result. Find a flat and wide surface to mount your composition. Choose the right background, it can be a neutral, warm background, like wood; of a color that harmonizes with the objects; or, on the contrary, that it creates contrast if the knolling is based on a single color. If you want a white background, white, in the link you have how to get it. The same for black backgrounds. 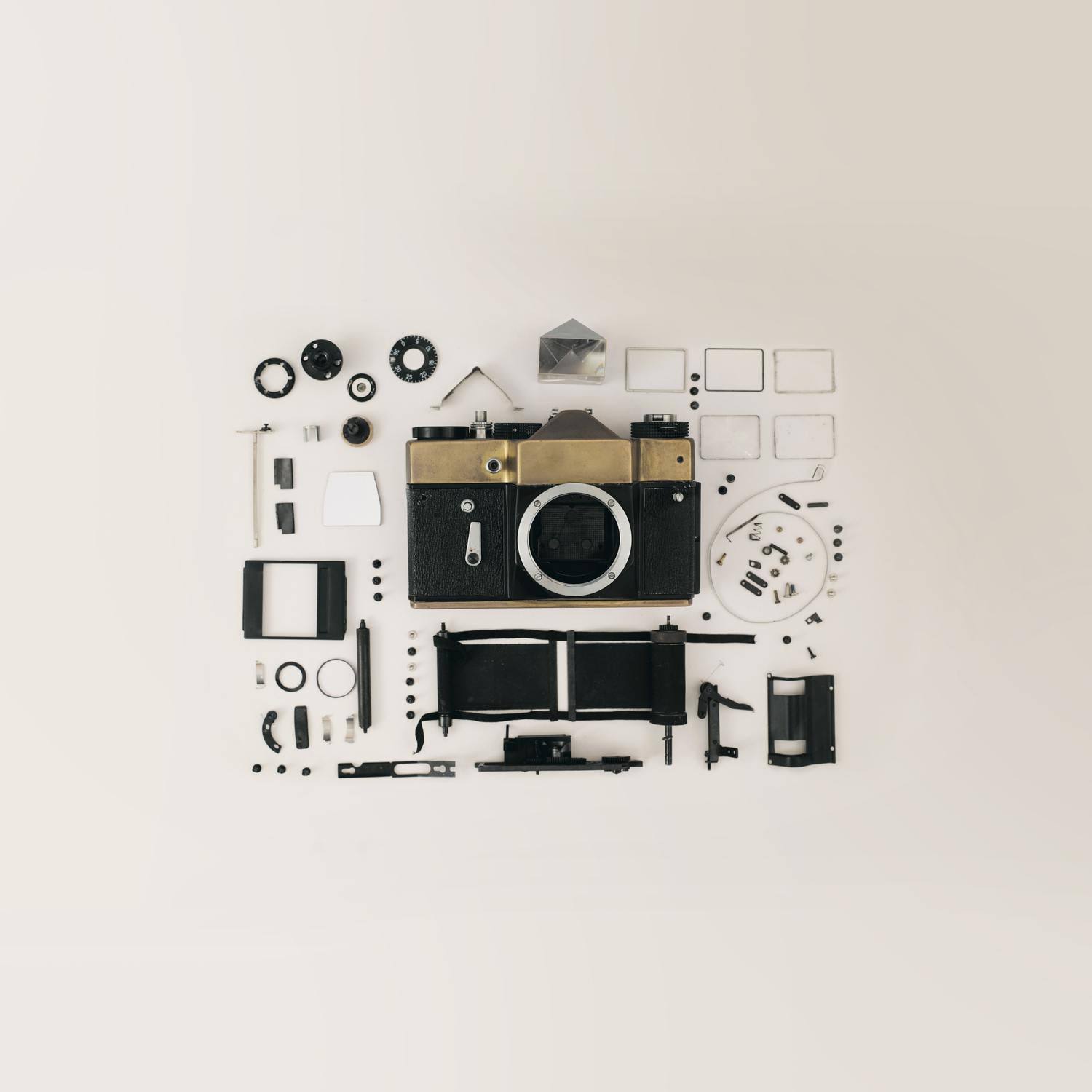 Take into account the colors, base your composition both on the geometries and on the good use of color. Place the elements forming a rectangle (or square), which are parallel, at an angle of 90º and at the same distance (or similar) about of others. Help yourself with a large ruler or similar to align the elements of the edges. It is important that you take into account the balance within the composition. It illuminates evenly. You can use artificial or natural light, but illuminate the scene well and avoid shadows, especially your own. Try to make the light diffuse and uniform, that is, that it falls on all objects in the same way. Set to a medium aperture, preferably to the sweet spot of your lens. Photograph from a zenithal angle. From above, and with the camera completely parallel to the composition so that all objects are seen at the same distance.

Let’s look at some ideas you can use to get started in the knoll photography:

Photographic equipment. If you like photography, you will like to do your own photographic knolling with all your equipment.Lego pieces. You can play with shapes and colors.Toys. Who says Lego, says Playmobil or toys in general. 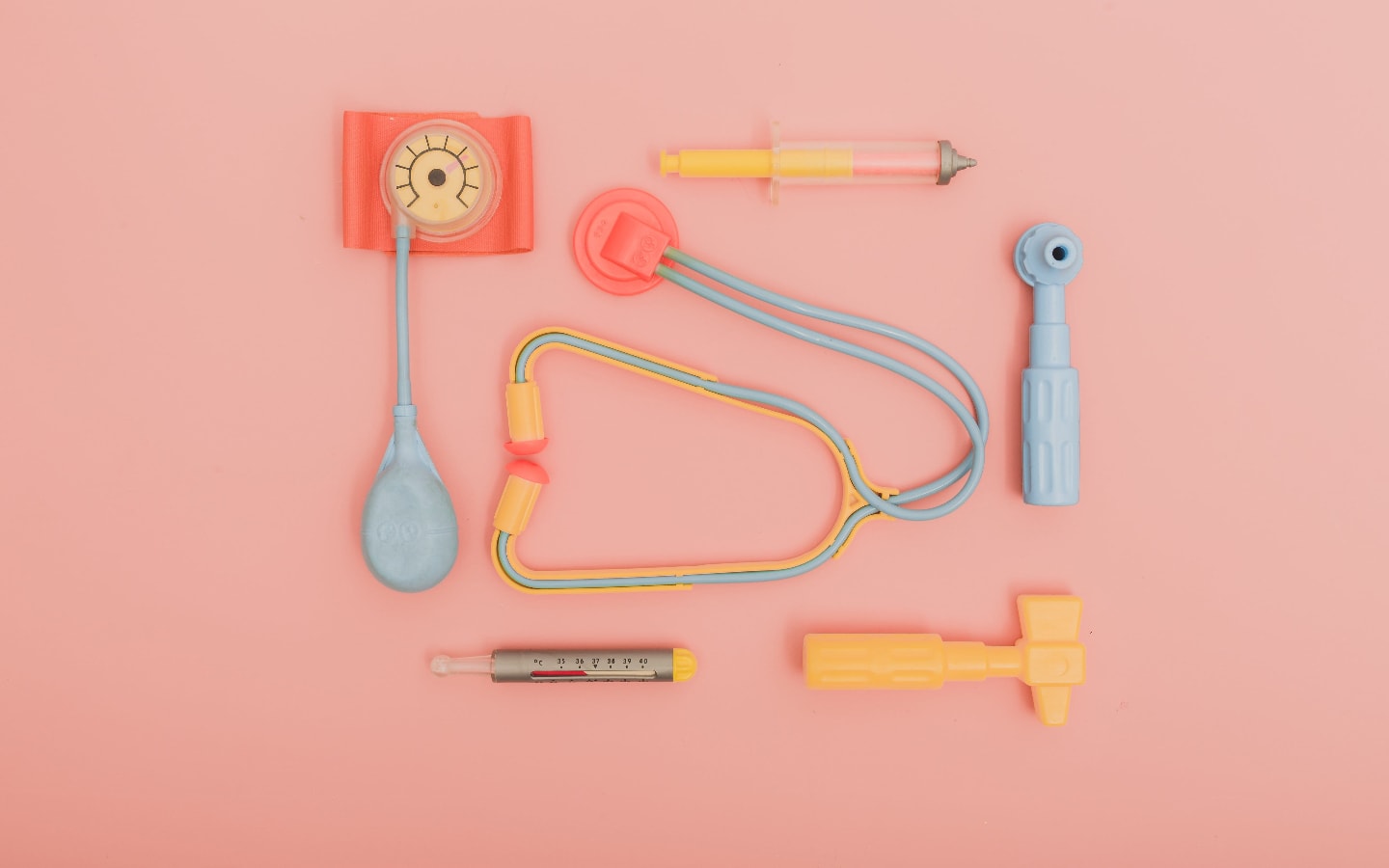 Stationery or fine arts material. Its shapes, colors and infinite products are an excellent source of inspiration. Leaves and flowers. A most natural knolling that you can do on your field trips. There is nothing more beautiful than nature itself. They also serve other elements such as stones, sticks, shells, minerals… Kitchenware. You have it at hand, in every house, it is perfect to start practicing. Tools. If you suffer from bricomania, you have another source of inspiration at hand. sewing accessories Sewing, as you can see in the first photo, can also give a lot of itself, the threads and their infinite shades can help you a lot. Suitcase and luggage. Take advantage of your next trip to practice knolling. Books. Above we have spoken of literary knolling; so, book lover, if you suffer when you reach the last page, lengthen your reading experience by creating a composition worthy of the story that has entered your veins. Sport. Do you practice any sport? It’s time to gather all your knickknacks and put an aesthetic order. Meal. This goes for the most cooks, a dish with all the ingredients arranged around it with the same grace with which you season the recipe will be spectacular, but there are more ideas, as in this video in which Sonia Martín tells you how she has made a knolling with spices explaining the whole process.

Colour. Choose a color and look for all the objects you find at home or in the office of the same color and assemble your composition (put a background that harmonizes or contrasts). Epoch. Choose a decade that appeals to you and collect all the objects that you find representative: books, records, clothes, decoration… Gutted object. An alarm clock, camera, watch or any other object that is damaged and does not serve you; take it apart and show its guts. Jellies. I’m already salivating just thinking about it!Jewelry or costume jewelry. We are not Liz Taylor, so it is not about collecting diamonds and emeralds, but surely you have a lot of costume jewelry at home with which to assemble your knolling. Also suitable for men: cufflinks, watches, rings and, why not, a belt. Various accessories are welcome. Hobby. What is your biggest hobby? Surely you have other hobbies in addition to photography, use them as the main theme.Self portrait. We have also dedicated a section to the subject above. It’s time to get to know yourself better and make yourself known in a more original way than looking at the camera.Concept. We raise the level, think of a concept and gather all the elements or accessories that you can relate to it.From the heights. Super pro level, only suitable for those who have a drone or the option to photograph from the top. You can play knolling in a big way, for example with a vehicle and its interior, a car engine and its parts, the furniture in a room, all (small) appliances in your house, or anything you can think of . Here’s a charity example created by Austin Radcliffe.

These are some authors who practice the Knolling technique so you have more options where you can be inspired:

To finish, a shot of inspiration: 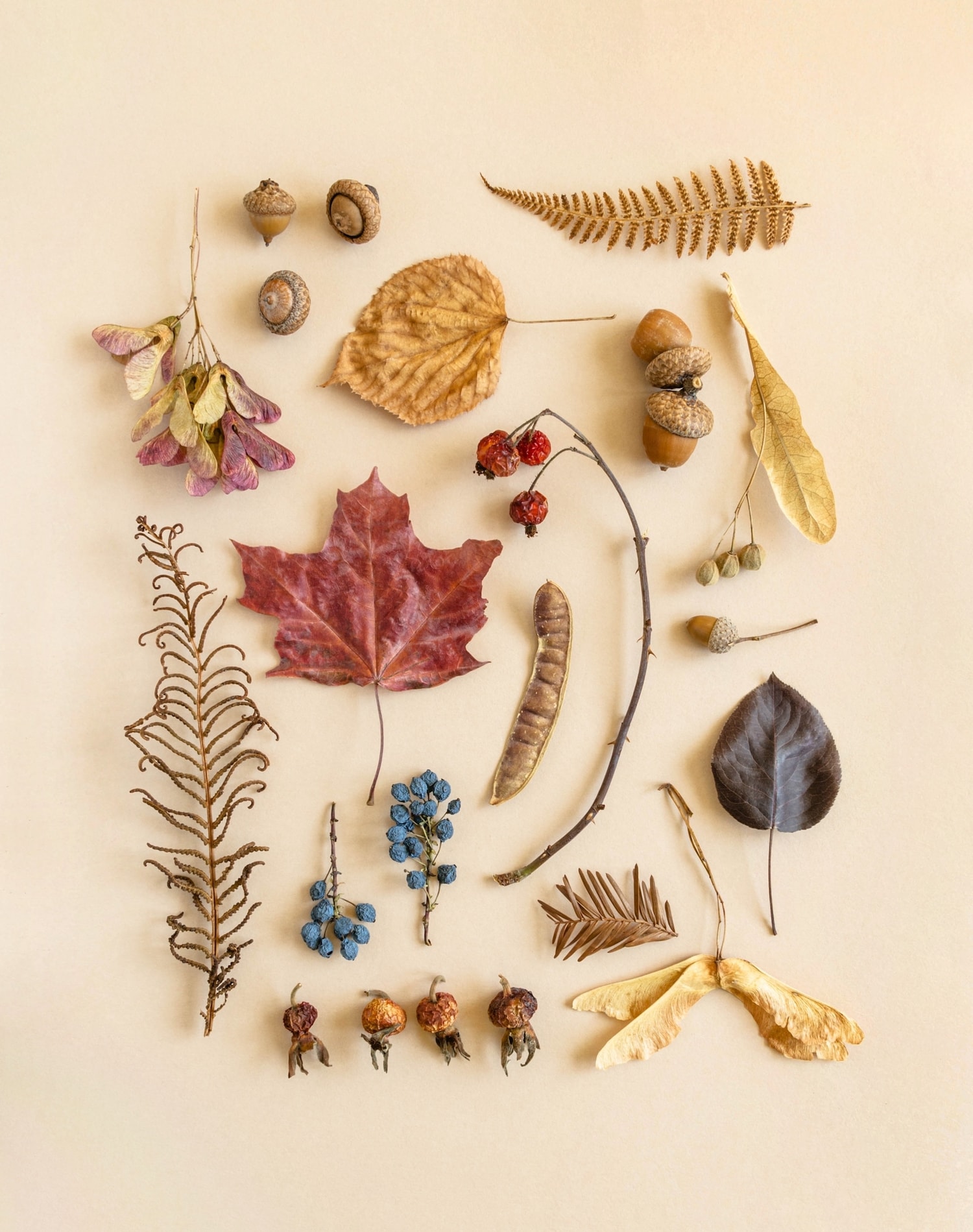 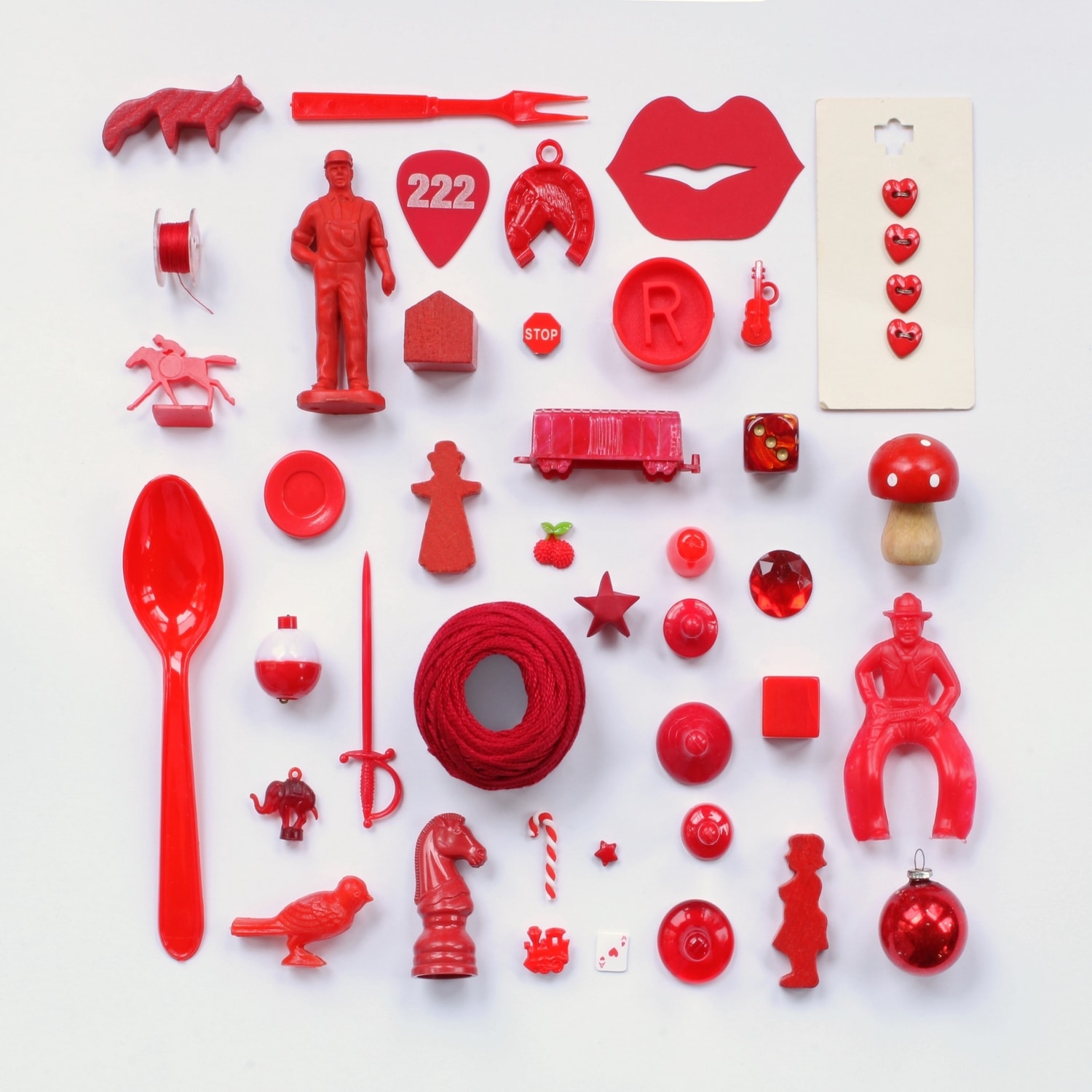 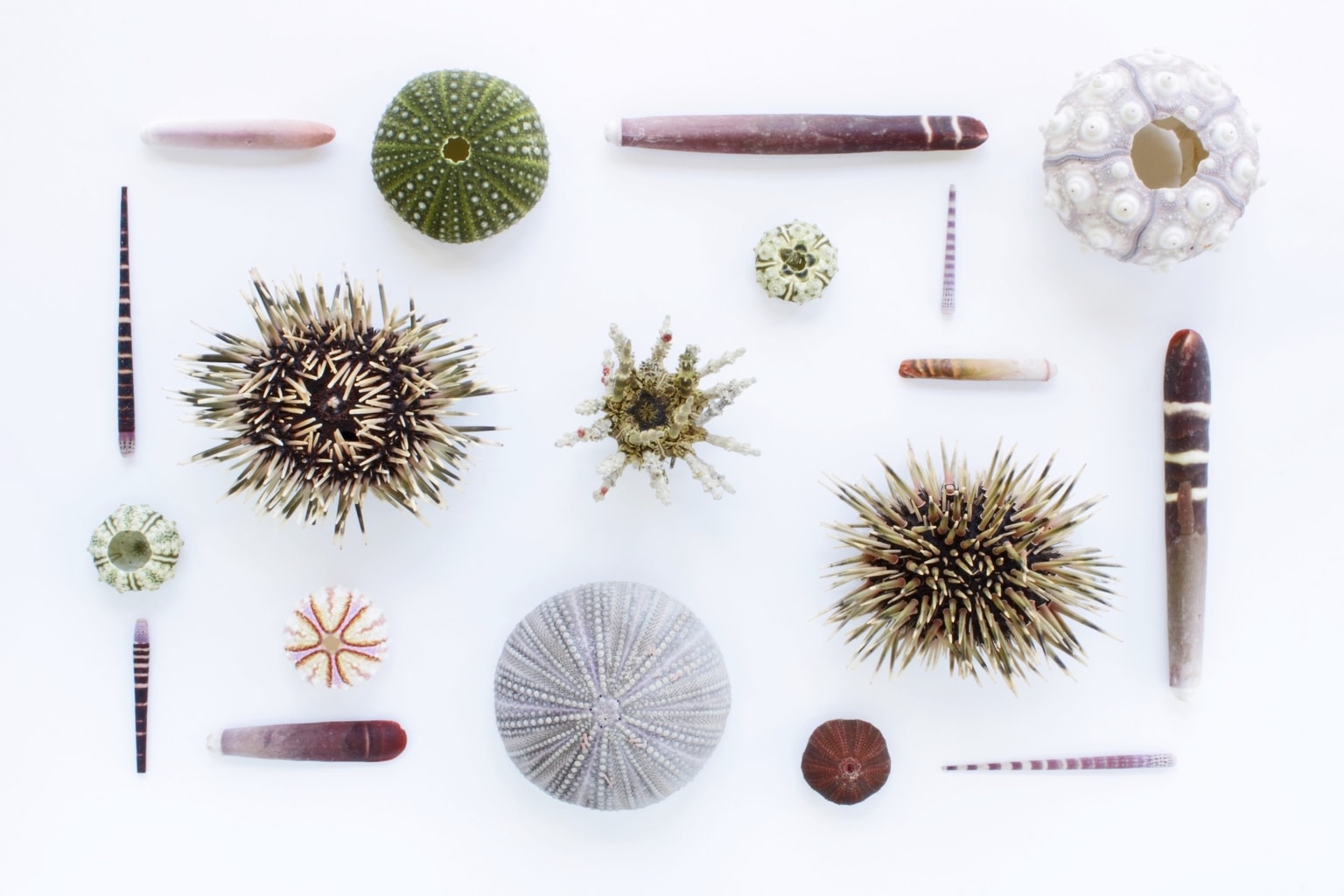 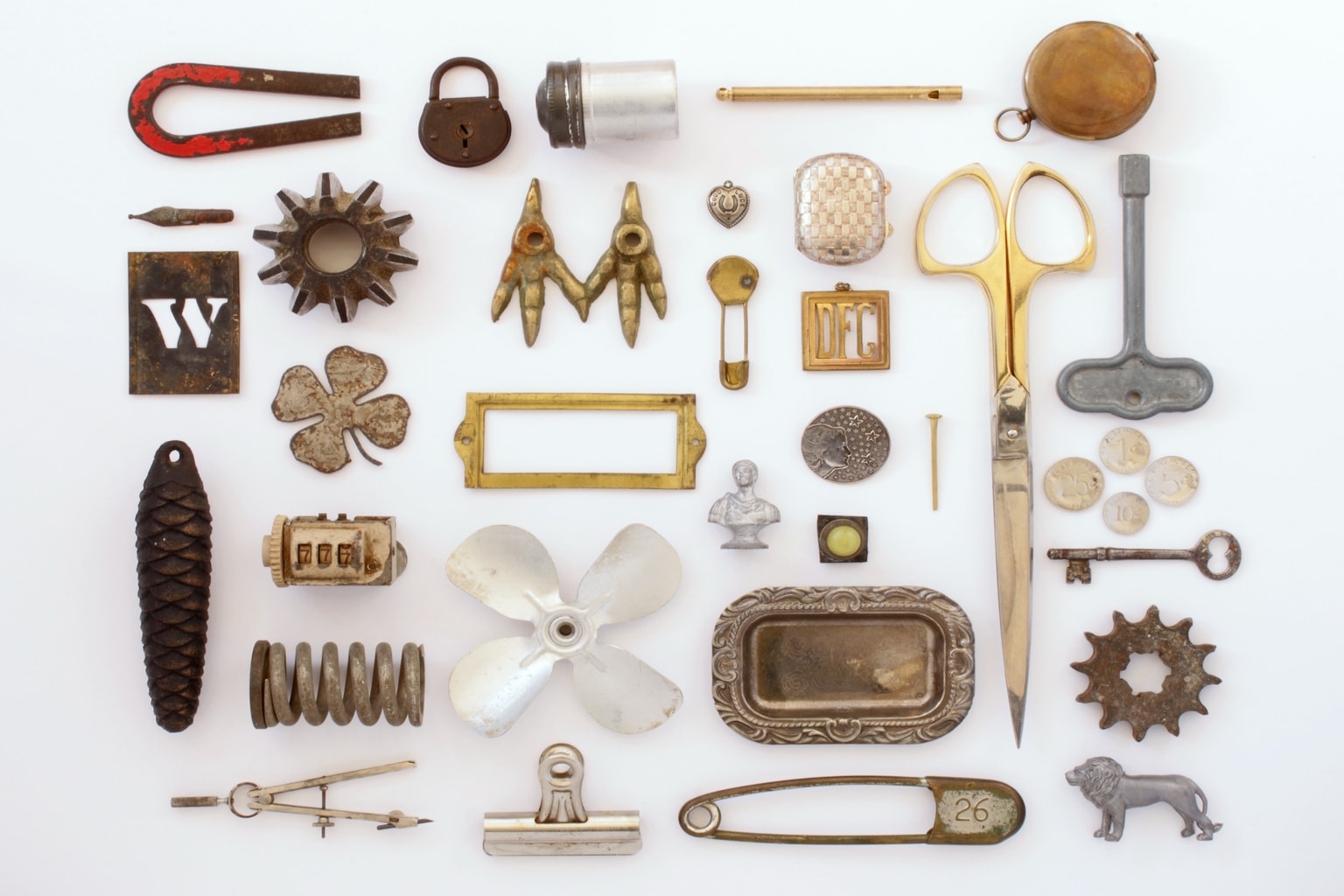 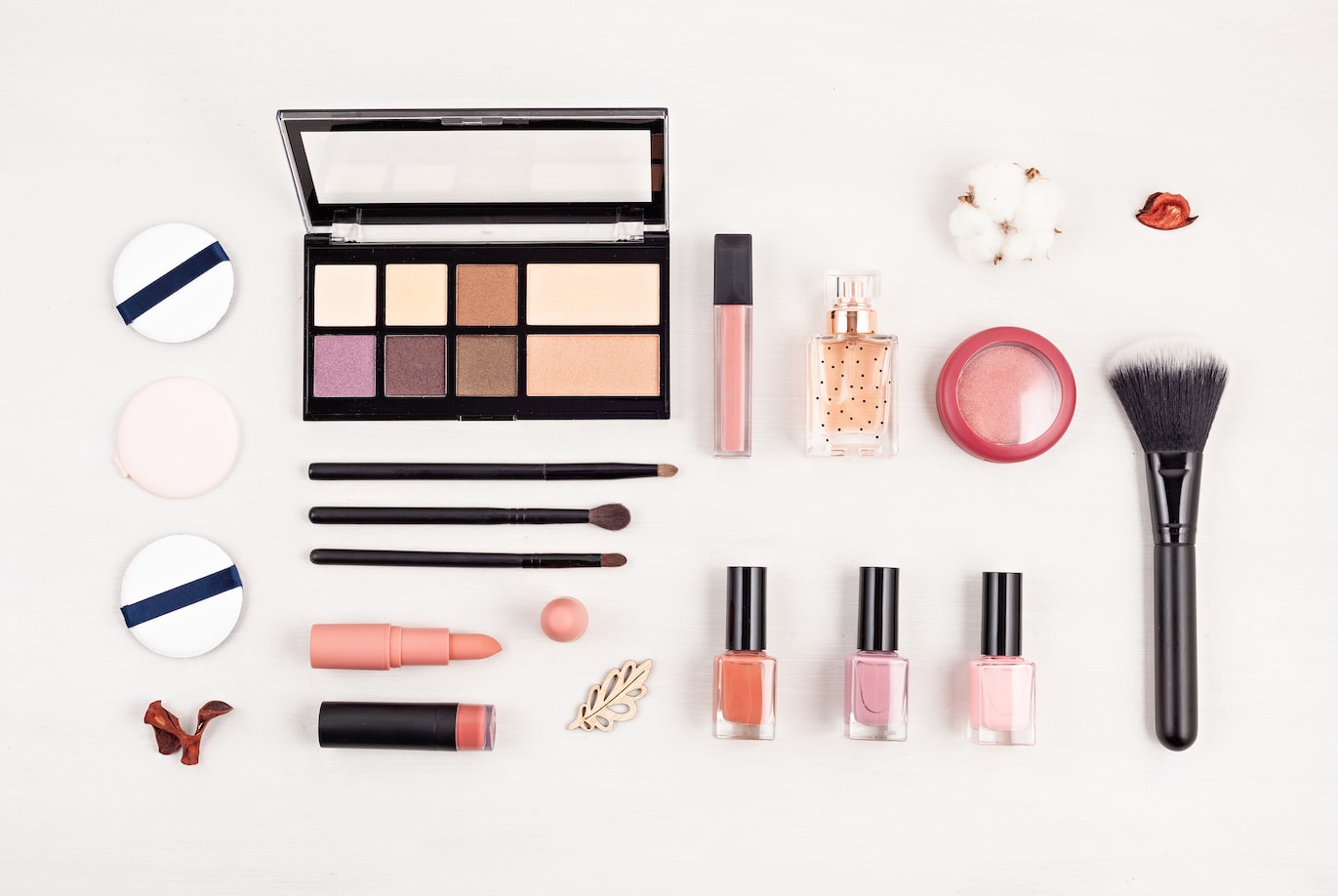 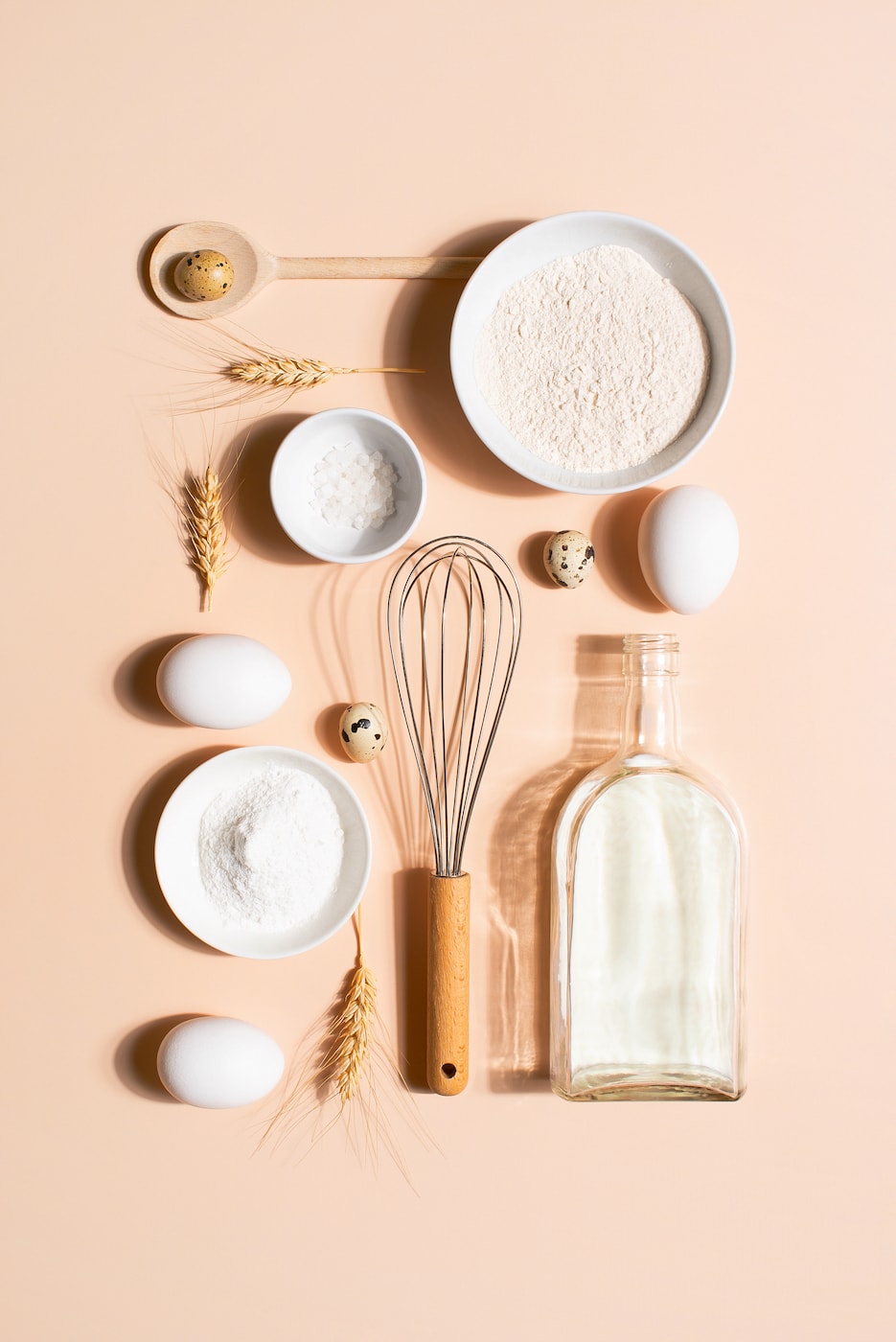 I hope you have remained without doubts but with a lot of desire to practice this technique. Did you know her? Have you tried it before? Tell us about your experience ⬇️ ⬇️ ⬇️ and don’t forget to share it if you found it useful and/or interesting.

Wed May 25 , 2022
Compartir Tweet Compartir Compartir E-mail The new trend for the modern home is to look for an intelligent solution to heat this winter, one that is clean, low in energy consumption, without noise or the annoying “cold wind” and that also allows cooling […]