Proposal creates a Council of Justice appointed by the government in power, which would be in charge of the appointment, government, management, training and discipline, in the national justice system.

Santiago de Chile.- The proposal of the Constitutional Convention referring to the Judiciary has caused concern, in which, in addition to eliminating the quality of Public Power, it proposes the creation of a Council of Justice, which would be in charge of the appointment, government, management, training and discipline, in the national justice system.

The appointment of the judges would be made for a certain period of time, their continuity being subject to a satisfactory evaluation by the Council of Justice. Understandably, there is a risk that, interested in keeping their positions, the judges hand down sentences that are satisfactory to the members of the Council. It is feared that this new structure could seriously affect their independence.

Opportunity reminds us of the book “Praise of the Judges written by a lawyer”, by Piero Calamandrei, a prominent Italian academic. It may seem strange that you think of the praise of the judges these days, in Chile. The processes are, in general, very slow and some have claimed that there seems to be disorder in the administration of justice. The press has published severe observations on reprehensible conduct, fortunately rare and isolated. Sentences have also been criticized. Certain complaints are inspired by political considerations, not satisfied by certain failures.

The judicial system has not received a positive rating in public opinion.

However, those of us who, for years, have worked in this field, have been able to observe a methodical, sincere and hard work of the judges. In rather small spaces, and with a notorious lack of resources, dealing with thousands of cases that enter the system , they try to comply with the principle that was pointed out to them, some time ago, on the occasion of the celebration of the day of the judge, Mr. Enrique Tapiawho was President of the Supreme Court, in the sense that, in his sentences, the judge must “provoke social peace through a fair resolution of conflicts”.

The concept of Judicial Power resides, precisely, in the authority of judges’ sentences, which, depending on the case, can profoundly alter the lives of citizens, sometimes with dramatic effects. Indeed, a sentence can order the deprivation of liberty of a person and in very serious cases, sentence him to effective life imprisonment. Judges can also declare the nullity of a contract, including marriage, and assign custody of minor children to only one of the spouses; judicial decisions can order the seizure and auction of assets, the stoppage of an industrial or mining project, or transportation, or the construction of a building for environmental reasons.

In order to adopt this type of decision, which is certainly complex and difficult, the judges must enjoy complete independence, analyzing each case with a serene and profound gaze, regardless of any personal interest and free from pressure from third parties.

Sometimes, unfortunately, confusing and entangling the judicial work, characters, specialists in incidents and delaying intrigues, totally separated from the fair defense of a cause, usually appear in the forum. Other actors also appear, as Calamandrei says, “carrying in their file secret recommendations, hidden petitions, suspicions about the corruptibility of the judges and hopes about their partiality.”

The loss of independence of judges constitutes an enormous risk, not only for the judicial system, but for all of society.

It is to be hoped that the new constitutional regulations, which will ultimately be approved, will allow our judges, in the midst of their solitude and silence, to arrive, as the then President of the Supreme Court pointed out “to the conviction that with their decision they are granting justice and the law is adjusted.”

José Luis López Blanco, is a Lawyer at ASL Corp

Tue Apr 12 , 2022
Fitbe becomes a digitizing agent to channel the help of the Digital Kit – CMD Sport In order to offer you a better service, CMD Sport uses cookies. By continuing to browse the site you accept their use. To accept Primary Mobile Navigation [email protected] on April 11, 2022 at 4:16 […] 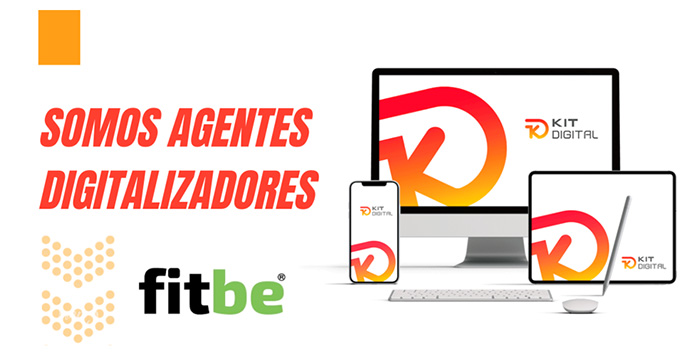