During the event there was an emotional tribute to the founders of J’hayber, Rafael and Mariano Bernabéu.

(13-9-2022). J’hayber has been carrying out different actions throughout the year to commemorate its 50th Anniversary and plans to celebrate another event with its entire team of professionals. The well-known presenter and monologist Sara Escudero led this event full of emotional and humorous moments.

J’hayber is one of the most mythical and emblematic sports footwear brands from Elche on the national and international scene, and this year it is celebrating its “50 years walking with the world”.

An anniversary like this has served for the brand to launch numerous communication actions and, above all, to organize different events in which to show gratitude to its team of professionals and, of course, to pay homage to its founders. .

For this reason, last Friday in the gardens of the Huerto del Cura hotel, J’hayber held an event with all the representatives of its three sales networks: footwear, sports and safety footwear and work clothes (J’hayber Works).

The gala was hosted by the actress, stand-up comedian and television presenter Sara Escudero, well known for programs such as Zapeando. With passion and humor, she began by telling the story of J’hayber and that of its founders, and then went on to introduce a large part of the company’s management who, in a very emotional way, wanted to thank the work of the entire team.

In this event, the Bernabéu family wanted to thank the sales team for all these years, and for this they celebrated it with their entire national sales network. Area representatives from all the group’s divisions, footwear, sports and security, have been present at this commemorative act where special recognition has been given to the already retired representatives.

The humorist and actress Sara Escudero presented the act.

In this way, the company from Elche made it clear that the true protagonists of the event were the members of the sales networks, due to their great effort over the years to promote the brand in all corners of the country. These recognitions came from the hand of Enrique Llorens, commercial director, Mariano Bernabéu, director of the Works line and Rafael Bernabéu, general director, as well as various commemorative videos.

The act also wanted to have a memory towards the stores that, from those 70s to the present day, have kept J’hayber at street level, in their windows and shelves. As these stores have been essential to reach these 50 years of life, J’hayber wanted to show them his affection by raffling 50 trips between them.

As a climax, there was a very special acknowledgment to the founders: Rafael and Mariano Bernabéu, who were given a gift to commemorate the event, to the applause and emotion of all those present.

J’hayber, founded in 1972, is dedicated to the manufacture and sale of footwear, textiles and sports, casual and work accessories. The brand has been closely linked to the world of music and sports, with collaborations with singers of the stature of Dani Martin and professional players on the paddle tennis circuit, such as Miguel Lamperti, Gaby Reca or Agustín Gómez Silingo.

A company with more than 50 years of history, which continues to be represented by its mythical shoe, New Olimpo, which is characterized by its Made in Spain, and its durability and resistance.

In 2019, J’hayber starts his project “J’hayber is blue” joining the movement against plastic. As a first initiative, it has eliminated more than half a ton of single-use plastic per year in the Olimpo collection.

Tue Sep 13 , 2022
BRASILIA (Reuters) – Former president Luiz Inácio Lula da Silva (PT) said, in an interview with CNN Brasil, that he is not talking about reviewing privatizations in case he is elected to the presidency this year, despite having already said, in previous moments. , which intended to prevent the privatization […] 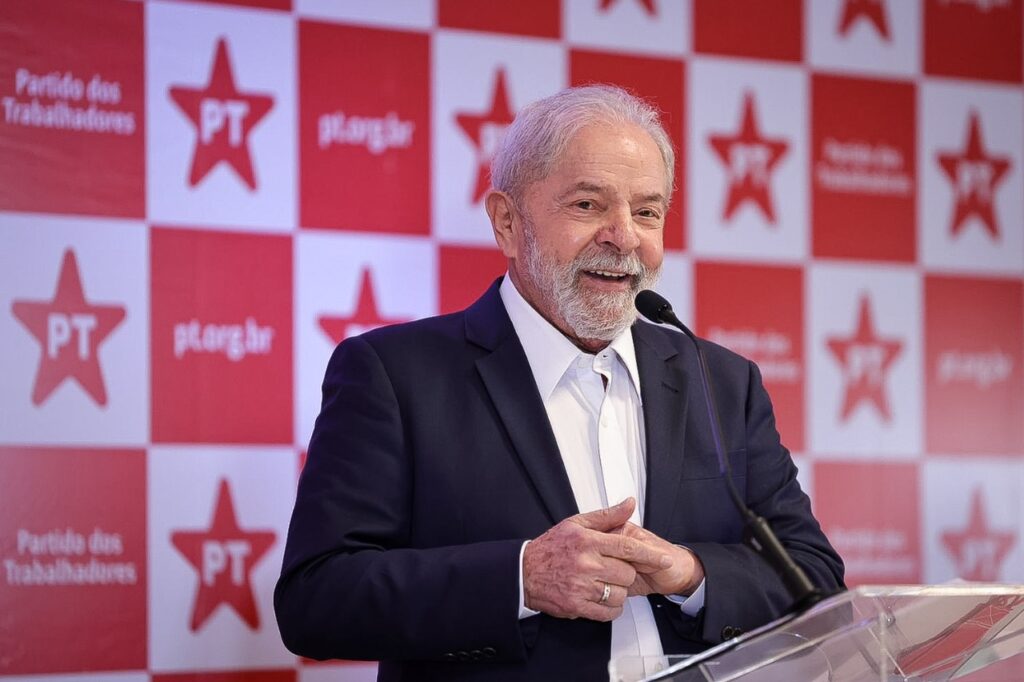