ABSOLUTE PODIUM. Javier Gómez, champion of Catalonia 2022 in junior sailing, in the center, flanked, on the left, by Jordi Sans, runner-up of Catalonia; and Marc Giralt, on the right, third classified.

(26-7-2022). Javier Gómez has confirmed that this 2022 stands as a magical year for the Club Maritim Cubelles. If Jordi Aránega won the first category Catalan championship in senior sailing skate at the beginning of June, Javier Gómez has today added the Catalan junior sailing title for said entity.

After the race committee has decided not to contest the two races scheduled for today “for safety reasons, due to excessive wind (18 sustained knots) and strong waves (2.5 meter waves)”, Javier Gómez is the brand new champion of Catalonia 2022 of junior sailing skate. The ‘Jazz’ skipper has optimized the revenue that his two victories brought him yesterday.

The sailor thus becomes the fourth junior skater in the history of the Club Maritim Cubelles to win the title of absolute regional champion of that modality, his predecessors being Marta Boleda, in 2001, Pol Álvarez, in 2010, and Emilio Murillo, in 2014.

Likewise, this victory for Gómez in junior sailing skate is added to the victory achieved in the 2022 Championship of Catalonia in first category sailing by the sailor of the same entity and its president, Jordi Aránega. Since 2019 there has been no record of this coincidence that the first category senior Catalan champions and junior sailing champions were from the same club. In 2019 it was achieved by Josep Maria Robert, in senior, and Jan Lázaro, in junior, both from Club Nautic Sitges.

On the other hand, Javier Gómez truncates a streak of three consecutive victories of the Club Nautic Sitges squad, as sailors from his fleet won it in 2018 (Jan Lázaro), in 2019 (again, Jan Lázaro), and in 2021 (Mar Vilardell ).

Despite everything, the Nautic Club Sitges sailors, Jordi Sans and Marc Giralt, have won the runner-up and third place in the absolute classification, respectively.

FOURTH CATALAN TITLE OF THE ‘JAZZ’

It should be noted that the boat with which Javier Gómez has won this championship had belonged to Mar Vilardell, of the Club Nautic Sitges. With its triumph in 2022, the ‘Jazz’ junior sailing skate achieved its second consecutive Catalan championship, although this time skippered by Javier Gómez.

Some coaches and sailors have lamented the non-dispute of the two races today. In spite of everything, criticism of the regatta committee has not proliferated, with each other acknowledging that the conditions “perhaps were indeed excessive”.

What the vast majority of participants have agreed on has been in regretting that “the weather conditions have prevented two thirds of the planned tests from being played.”

In any case, as pointed out by Oriol Puig, who attended the awards ceremony on behalf of the president of Adipav, Anna Pujol, “the regattas teach things like those of this championship: sometimes you can do all the tests and others don’t. We are at the expense of nature and nature is also part of the game”.

All the authorities have congratulated the winners and the overall number of participants for their enthusiasm and the president of the Maritim Cubelles Club, Jordi Aránega, has announced that “we are going to continue with the historic commitment that our club has been making for the junior skate for years”.

Elisenda Vives, general secretary of the Catalan Sailing Federation skate class, for her part, announced, during the awards ceremony, the creation of a WhatsApp group made up of the fleet captains of five clubs that will promote the connection between fleets and will communicate the information generated by the junior sailing class.

Elisenda Vives has been convinced that this communication tool, “together with the one that we will create for fathers/mothers, fleet captains of the junior skaters club and that of coaches, will speed up the connection between all the parties and the secretary of the class, Peco Mulet, in order to consolidate the class and promote the entry of more sailors into it”. 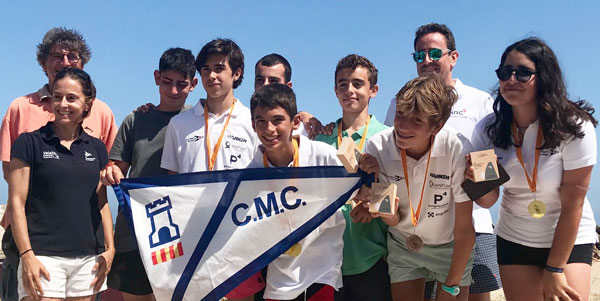 AWARDED WITH THE AUTHORITIES. The award-winning sailors at the 2022 Junior Sailing Skate Championship of Catalonia, together with the authorities present at the award ceremony. On the far left, Elisenda Vives, secretary of the Catalan Sailing Federation skate class, Elisenda Vives, and behind her, the member of the board of directors of Adipav, Oriol Puig. In the back row, Jordi Aránega, president of the Club Marítim Cubelles.

Below is the list of winners of the 2022 Catalan junior sailing championship: 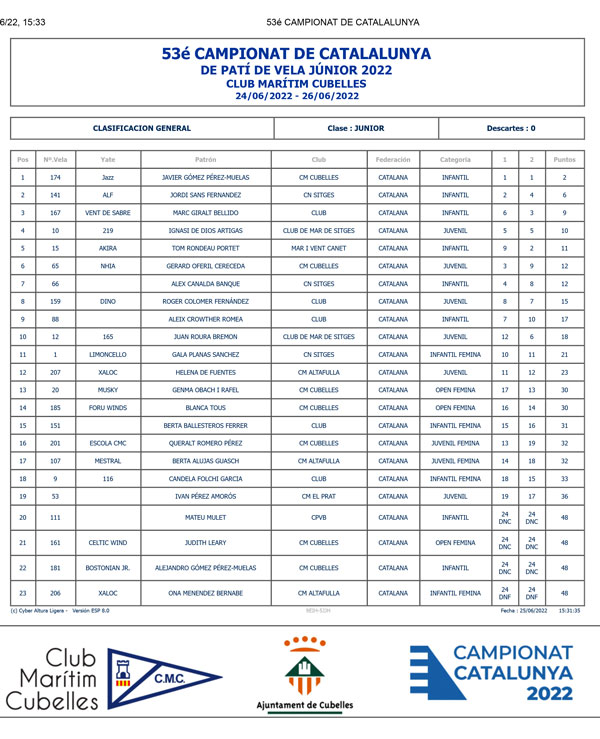 Say the word | The Provinces

Sun Jun 26 , 2022
Pro-abortion protesters take on those against. / Reuters The pro-abortion movement in the United States recognizes that it lost the cultural battle and is preparing to destigmatize it It is the story of one in four women, but for all of them it becomes a taboo. That dark secret that […] 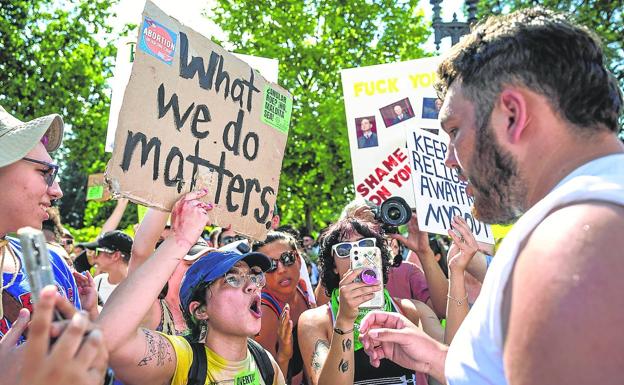