Last March, an increase in resources for the Mepco (Fuel Price Stabilization Mechanism) of US$1,500 million was approved, guaranteeing that future increases will not exceed $6 pesos per liter per week. But should Chile continue to subsidize fuel?

Santiago de Chile.- In the opinion of Fernando Rodríguez, President of the Association of Fuel Distributors of Chile (Adico), “all price stabilization mechanisms are important, so as not to produce negative effects on the economy of the country and its inhabitants. We must not forget that we are very dependent on hydrocarbons”.

The measure takes on even more importance for Andrés Rebolledo, dean of the Faculty of Administration and Business at SEK University and former Minister of Energy, “considering the current challenge of the authority of trying to control inflation.”

“Furthermore, in the short term, the instrument helps to avoid negative externalities in productive sectors that require fuel, or that are highly determined by the cost of transportation. The complementary effort to freeze public transport fares has also been successful”.

However, Cristián Echeverría, Director of the School of Economics and Business of the Universidad del Desarrollo (UDD), is quick to clarify that the Mepco is not a subsidy as such. “This is a stabilization fund that, in periods where fuel prices rise as has been the trend in recent weeks, it places limits on these weekly increases.”

“Thus, the values ​​of diesel oil, benzine, liquefied gas and natural gas do not skyrocket and do not have such a dramatic impact on consumers’ pockets.”

The weakness of the Mepco

What is the problem? That this gradualness produced by Mepco, capable of containing sudden increases in the price of fuel, is also applicable in the event of unexpected falls.

“That is to say, in the face of abrupt reductions in the value of fuel, the transfer of the lower price to end users will also be gradual, which could give rise to a scenario where the price of fuel in Chile is higher than the international one. ”, warns Echeverría.

Undoubtedly, the foregoing is a serious disadvantage of this mechanism for Chileans.

As in the past and in the midst of the sharp rise in fuel prices, today the Mepco is the focus of several criticisms from experts. One of them suggests that the instrument would be a subsidy that mainly helps the freight transport industry.

Rodríguez flatly rejects this criticism and argues that “not only cargo transport is subsidized, but also all industrial activity, agriculture, mining, energy, passenger transport and private users in the country.”

All in all, per capita fuel consumption is much higher in the freight transport sector compared to other industries, Echeverría repairs. “Therefore, in the first instance, cargo carriers benefit most from Mepco.”

Other alternatives to Mepco

So far it is clear that to prevent the price of fuel from fluctuating so much, the government is obliged to inject large fiscal resources, through the Mepco. But, are there other more competitive and sustainable solutions?

In Echeverría’s opinion, “Chile should not only advance in this stabilization mechanism and in specific taxes on fuels. The authority should also make all users aware of the environmental cost that we are generating, with more greenhouse gases, every time we burn fossil fuel.”

“Our country should move towards subsidies that encourage the use of clean fuels, such as green hydrogen, solar in all its variants and electricity.”

Rebolledo embraces this idea, assuring that “in the medium and long term, the definitive solution lies in continuing to incorporate Non-Conventional Renewable Energies (NCRE) into our matrix, along with advancing in electromobility and heating from green sources.”

Moreover, Echeverría argues that encouraging the freight transport union to replace its fleet with an electric, hybrid or other fleet or starting with green hydrogen is a measure that goes in the right direction.

“But, not only freight transport should make this transformation; also industry, and in particular mining, which is a large consumer of fuel. Given the environmental urgency that we are experiencing, as a result of Global Climate Change, even higher taxes should be applied to the use of fossil fuels, in the style of European countries. This in addition to offering more attractive subsidies to promote the conversion of the fleet”.

Right at this point, Rodríguez intervenes to highlight that Chile has an attractive network of electric chargers. “In fact, the first charging station in Latin America was implemented in Santiago (April 2011), marking a starting point for electric mobility in our country.”

“Today there are more than 247 public chargers throughout Chile, with coverage in 87 communes, most of them present in the Metropolitan Region and Valparaíso. Today Santiago has two Electro Terminals, one in the Peñalolén district with sixty-three charging points, and another in the Maipú district with thirty-seven charging points”.

“We also have the Electro Ruta del Cobre in Antofagasta and charging points that connect Santiago, Valparaíso and Santo Domingo.”

However, the reality is that electromobility in Chile barely reaches “0.1% of the entire national fleet”, according to the ranking prepared by Bloomberg New Energy Finance and published in December 2021.

Consequently, we are a long way from achieving the conversion to green cars. Its price is still too high and really attractive incentives are required to convince users… today much more than before.

Wed Apr 27 , 2022
Puma’s RE:Jersey project uses garments from football kits to create yarn with which the new jerseys will be made. (4-26-2022). Puma has launched a circularity project for the recycling of garments using old football kits. The process used in RE:Jersey allows old garments with logos, embroideries and crests that previously […] 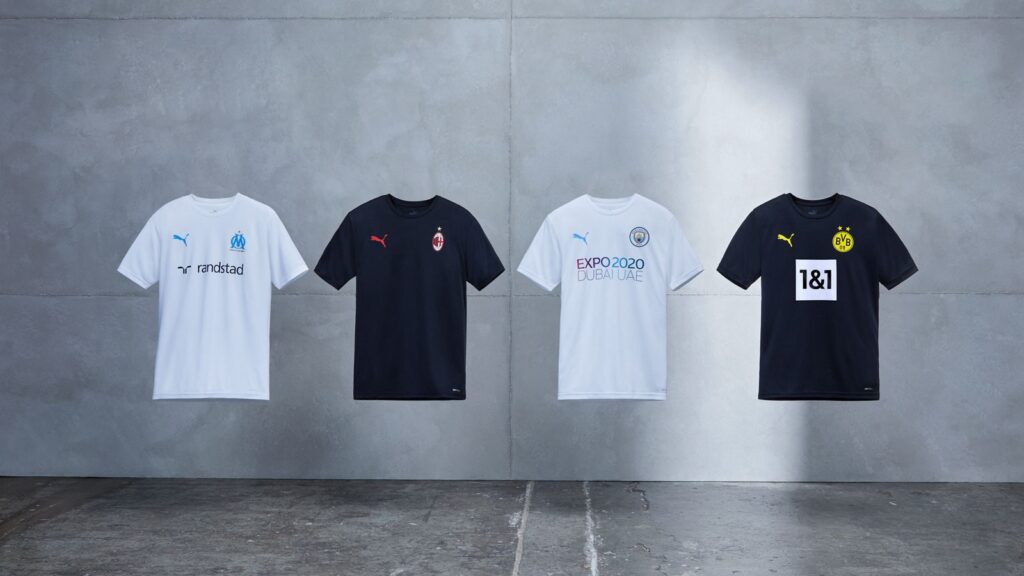